CINEMATOGRAPHY | “Lights and Cameras Changing Our World” By Dean Goldberg 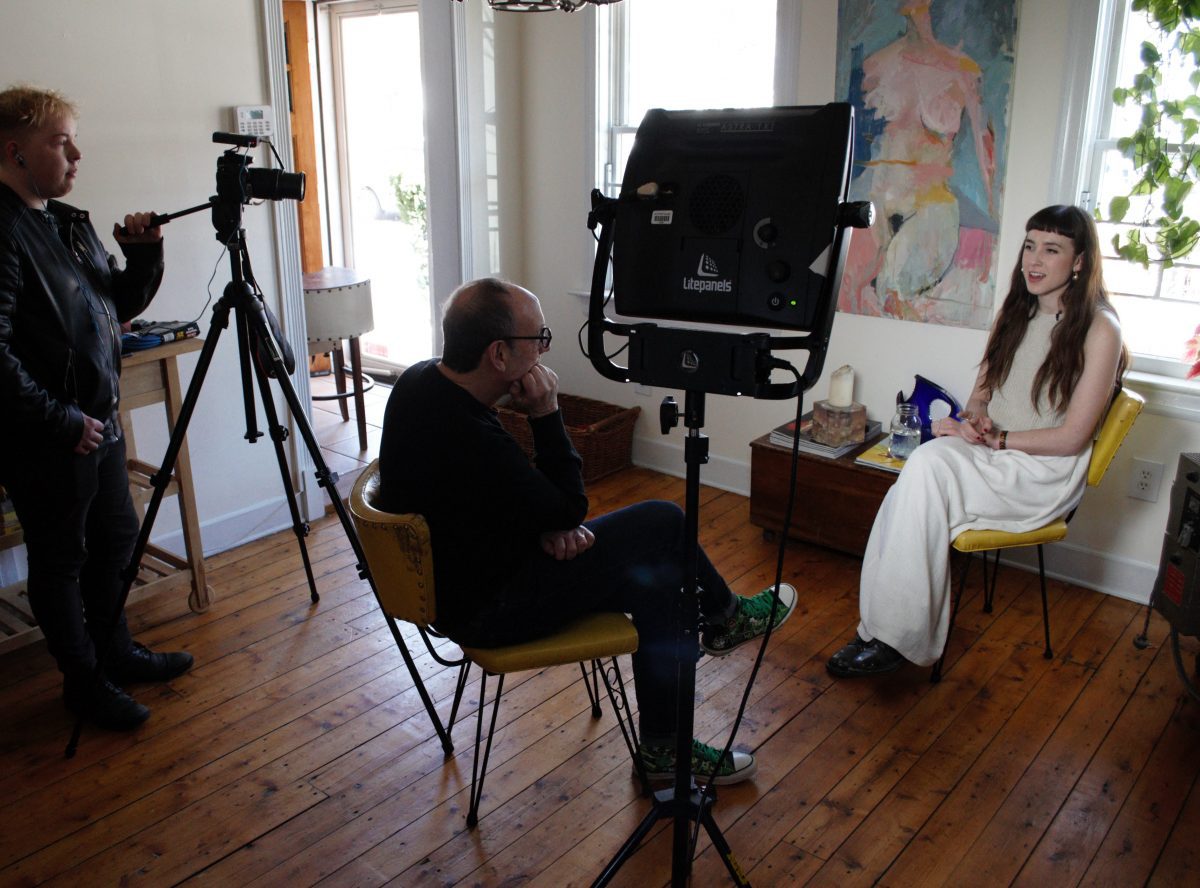 I’ve been a full-time academic now for a dozen years—and being older than time itself, I spent a lifetime before academia, as a filmmaker. I can remember all the way back to my film school days in the late 70s, learning how to load an Éclair 16mm camera. And while I, too, was forced over the years to climb the video ladder from ¾ inch Umatic to Beta SP to early iterations of HD, I was also lucky to be able to spend the last ten years that I worked in the industry as a commercial director doing a fair share of my film shoots in 35 millimeter. That said, our budgets were usually small compared to the big ad agencies, and it was always a challenge to be able to hire enough crew in each department. Most of the time, I’d get a 1st and 2nd for lighting, grip, camera. On the jobs that were flush enough to hire a 3rd, I was always grateful. But, back then, there was always a bare minimum essential crew, even when we were doing a run-and-gun interview on Beta SP. We still needed camera, engineer, grip and lighting; and lots of rolling carts full of video and sound equipment.

Boy how things have changed—and no—I didn’t just wake up to this change, it’s been years in the making. But I did think it might be interesting for those who never saw a celluloid strip with sprocket holes, or held a 14lb film camera, to analyze some of these amazing changes; for good or ill.

The other day, I shot a video interview of a beautiful and talented young artist, Sienna Martz, to promoting her show at the CMA Gallery at Mount Saint Mary College in Newburgh, NY, where I teach film and media. Happily, for me, the shoot was only about twenty minutes away from my house. Equipment-wise, I was able to stash everything I needed in the backseat of my Volvo. My gear included a Canon EOS 70D DSLR, an Ikan 3200-5600K LED light, an Ikan on-camera LED light, a reflector, some ½ CTB and CTO gels, spun glass, white board, black board and a couple of stands. Oh yes, and an AZDEN wireless lavalier as well. 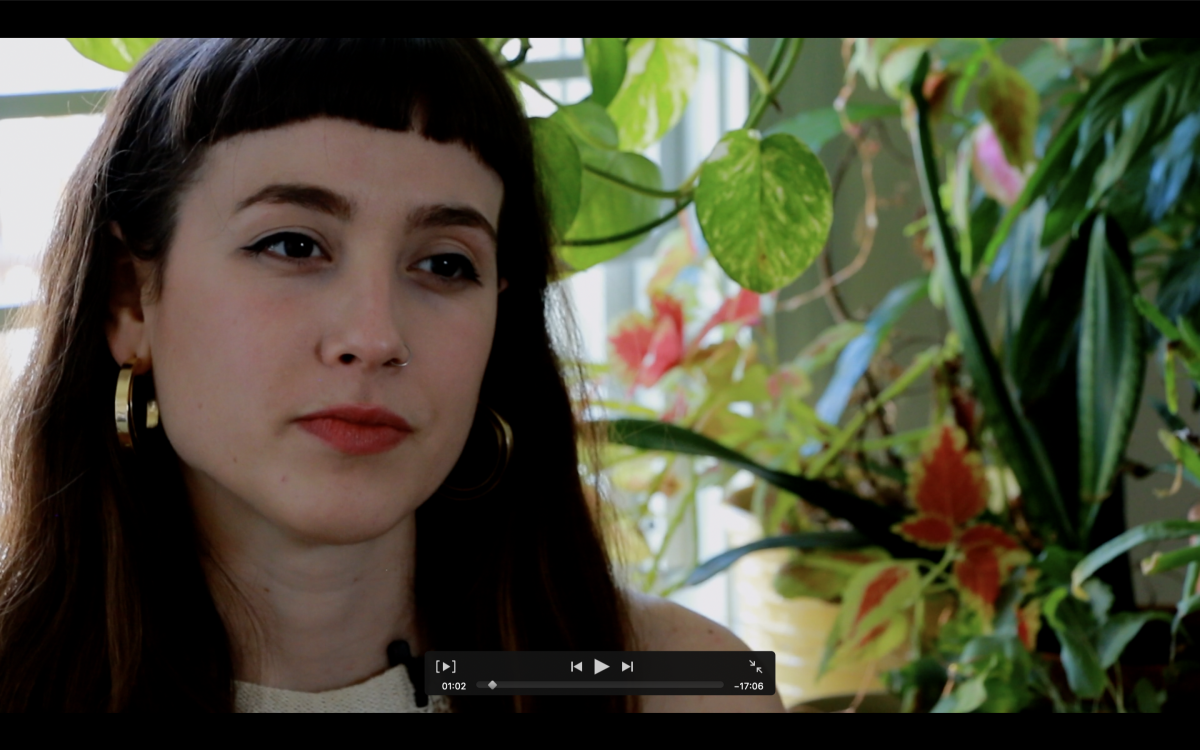 I’m sure those of you in school or those who’ve already begun working in the industry have heard the tales from some of the older (and more distinguished?) members of the team about how they had to schlep heavy camera, grip and lighting equipment around in the grand old days. And while as the years fall away, the exaggeration builds up; taping almost anything but news was never a one man show. And while it still “takes a village” to do a professional shoot, that village can be awfully small—down to just a couple of caballeros, in fact.

Again, this is nothing brand new; shooting with a good DSLR camera and very limited lighting is almost old hat by now. But the use of LED lights exclusively on professional projects is revolutionary. The lights have improved exponentially; these days CRI ratings of 98+ have become practically standard. No gloves? No need. As we know, these lights don’t get hot. Couple that with the superior 35mm sensors, maybe even a mirrorless rig, and you have a quality that I couldn’t hope to achieve on tape 15 or 20 years ago. So why is this extraordinary? Technology improves every day, right? I mean, what did your first cell phone look like?

I recently had an “LED versus Tungsten light,” as well as the “Limitations of the DSLRs” debate with ace cinematographer Apal Singh. Apal shot the world’s first full-length, feature film with a DSLR in 2010. He used a Canon Mark II and shot with just two lenses; 24-70mm L series and 70-200mm L series. The film, “Highway,” was nominated in the main section of the Berlin Film Festival where only 8 films are selected.  And, as Apal put it, “The cameras are so much better since then!” As far as using LEDS? “You should not be thinking of lighting with anything else other than LEDs! Period!” He went on, “Recently, my friend shot a big budget feature using LEDS exclusively. Normally, this kind of film would take 40-50 light boys, 5-10 generators and thousands of meters of wire, etc., but his film was shot with all the lights fitted into a small truck, no generator and only 5 light boys and a gaffer.” 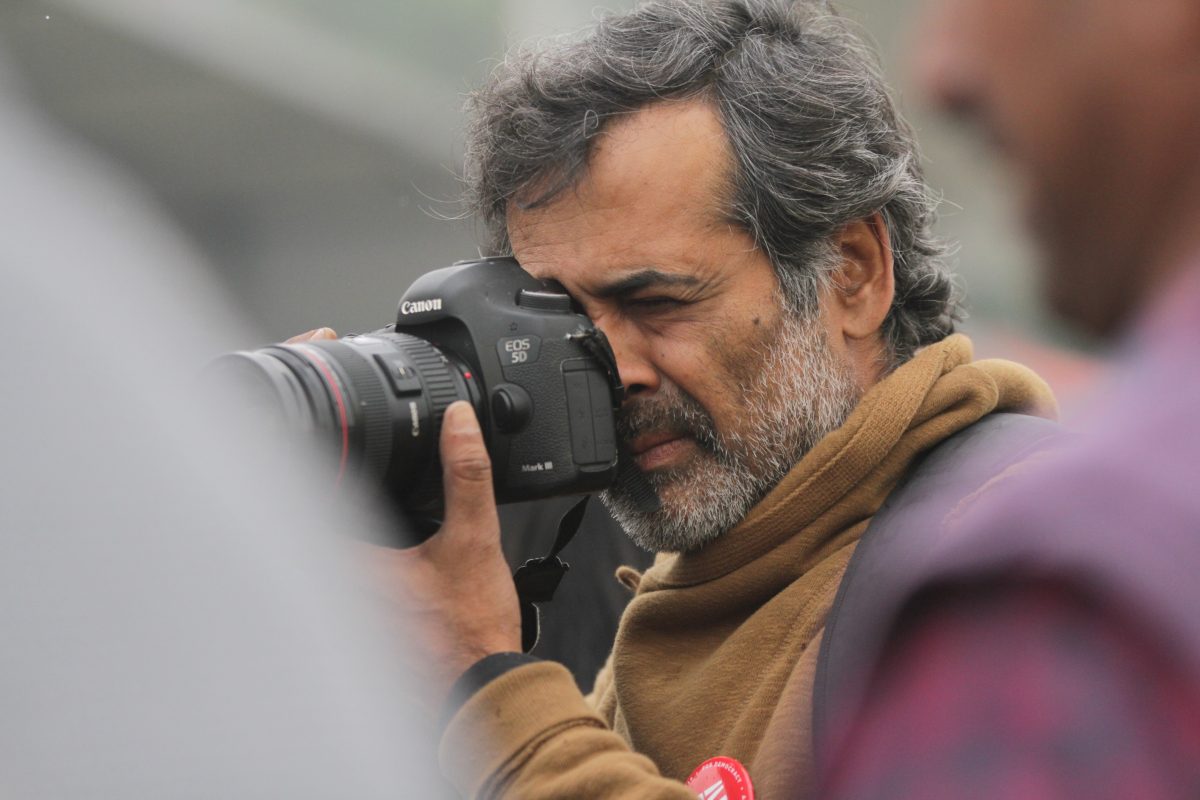 Meanwhile, back to my own little interview. The lights, extension cords and all other sundry items were inside our location in about 8 minutes—and that’s because I took a phone call before we loaded in! I had scouted the location, a living room with a couple of nice windows, a few days before so I set up where I thought I wanted to be; chair near Window #1, 80mm focal length, ISO 640. But after a serious look-see, once we actually set up, I decided to move to Window #2, a different angle and a shorter focal length. Lighting re-do? About 90 secs to a new plug. No generator, of course, and not even a quick look in the basement to check out the fuse box. I would still use a window for my key. I needed just a “hint of mint” on the fill.

The result was a beautiful shot for the “talking head.” The Canon EOS 70, already an older camera, has a great sensor and wonderful saturation. If anything, I would be turning chroma down in post. The B-roll included shots of Sienna working in her studio. No lights needed—and, of course, I was able to get some beautifully composed and moving shots even without a rig—just handheld.

We were in and out in 90 minutes, which may not be anything special to those of you who grew up in the era of digital, but for an old hand like me, it’s still amazing.

The pros? The ability to really paint your picture, the lack of crazy lights melting your interviewee, the great sound even without an XLR cable to mic. And of course, getting home early for dinner.

The cons? Nada. Just find the oldest film guy or girl you know and ask them about loading an Eclair in a camera bag when everyone is tapping their feet and pissed off because you didn’t have an extra magazine. So that’s my little tale. Got a feature you want to give me, then it’ll be an ARRI Alexa or call someone else. But now, at least, for most projects, my little DSLR behaves brilliantly.

About the Author: As a member of the Directors Guild of America DEAN GOLDBERG wrote and directed television episodes for “Missing Reward,” “Hard Copy,” “A Current Affair,” and many other shows featuring dramatic recreations. From 1997-2007 he was creative director and president of Wolf at the Door Advertising. An associate professor of Communication arts and Film Studies at Mount Saint Mary College, he is also co-director of their new Technology and Digital major. Professor Goldberg directed, “Newburgh Rising: A Photographers for Hope Journey,” about a group of photographers from around the globe led by photojournalist David Burnett.

StudentFilmmakers Magazine: What was one of the most important things you learned while working on set? Gustavo Mercado: The most

Exclusive Interview conducted by Jody Michelle Solis StudentFilmmakers Magazine: What changes have you seen in the computer animation and VFX

StudentFilmmakers Magazine: What was one of the most important things you learned while working on set? Gustavo Mercado: The most

Exclusive Interview conducted by Jody Michelle Solis StudentFilmmakers Magazine: What changes have you seen in the computer animation and VFX