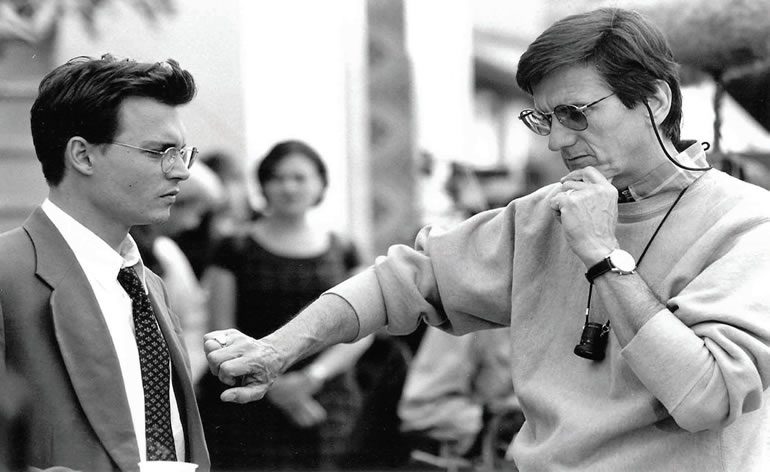 You’ve called the actors on the set to rehearse. The crew eagerly awaits a camera set-up, and the writer is anxious to see how her brilliant scene plays. But then one of the actors (and just hope it’s only one) has a serious problem, and nothing can go forward until you solve it. She doesn’t know her lines, or she doesn’t like the dialogue, or she can’t play the dialogue… Or worst of all, she refuses to do the scene at all. Yikes! The entire set is at a standstill. The money meter keeps going up, up, up and morale goes down, down, down.

This is the nightmare that you as a director will face many times in your career. Like death and taxes, there is no avoiding it. Everyone else will look to you for a solution, and you have to know what to do.

“The Dog Ate My Dialogue.”

An actor not knowing his lines is unforgivable. I’m not talking about forgetting lines, everybody forgets lines. I’m talking about coming to work unprepared, not having learned them in the first place. It’s expensive, disrespectful and unprofessional.

Don’t lose your temper. Get the scene in shape to be shot by having Lazybones carry his script so the rest of the cast can rehearse.

Once the scene is ready, get a PA or someone else to run lines with him. Don’t you do it, because if you do, you give him the power to control your attention. And some actors love attention, no matter how they get it.

Wait to confront him until after you have completed shooting the scene. If you do it before, the actor will get defensive and mess up the scene even more.

Don’t wimp out on this. You can be polite and firm, without yelling. If an actor knows he can get away with showing up unprepared, he’ll do it daily. If it’s a big star, holding him accountable may be tough, but you have to do it, even if it means the actor gets angry. If you get fired, well, you just get fired, you don’t get killed.

Some older actors have a legitimate reason for not remembering dialogue: their short term memory isn’t what it used to be. In this case, the only answer is patience, print and pick-up. Shoot one sentence at a time. Cut and print what you have, and pick-up a new take at the next sentence. No matter how frustrating this is for you and the crew, it is just as upsetting for the actor. Don’t worry that the performance won’t cut together, many times inherent talent and charm will blast through all difficulties.

“This Scene is Stupid.”

Often when an actor is afraid of a scene, she may complain about the writing. This is why rehearsal before the day of shooting is so critical. Problems can be identified and talked through, and if necessary, the writer has time to address them.

If an actor’s idea of a scene is unspecific or flat out wrong, she will have trouble verbalizing her objective. What the actor needs is something she can act, that she can “do”. Ask her to give you verbs – active verbs not passive ones – that describe the character’s objective. When a scene is broken down into strong actable verbs, the actor will know what to play.

Very often the actor’s complaint is the result of a misunderstanding. If she doesn’t understand a line of dialogue and it throws her off, ask her what she thinks the line means. Make her come up with her answer, because when she does, she will believe it and act on it. If you try to talk her into your interpretation, you will come off as a bad used car salesman… even when you’re right.

“Hamminess” or “indicating” are rude names for when an actor can’t truthfully reach the emotion called for and just pretends to do it.

Correcting indicating is a very tall order. The fault goes all the way back to casting, but the sinking realization that an actor is not up to the job does you no good when you are on the set. It’s a terrible time to begin teaching honesty in acting, but you have to try.

Take the actor aside and say, “I’m having trouble believing your work. You may be trying too hard. Tell me what you’re playing in this scene, what does your character want? Then let’s improvise the scene so we can get you in touch with it.” Don’t allow any of the actors to use the written dialogue when improvising or they’ll never make any progress towards honesty.

It is very embarrassing for an actor to hear that he is not believable, so it is critical your conversation is not overheard.

When an actor springs the “I don’t like this line” on you, call for backup, and let the writer take this bullet.

If there is no writer present, ask the actor what she would say instead. Let her use her line in a couple of takes and then ask her to try it how it’s written.

Sometimes it’s better, sometimes not, but at least the actor knows she isn’t being ignored.

Many directors fear that the writer will interfere if they’re allowed on set. Writers have been very present on my sets for over thirty years and very few problems have ever arisen. Treat the writer as your friend, not your enemy. They created the story and should be respected.

There is, however, a rule to establish right at the beginning with any writer: Tell your writer you will try all of her ideas, as long as you are the only one who will talk to the actors about their acting. Acting is hard enough without getting mixed signals from different people.

When an actor comes at you with any complaint or request, answer his question with a question. Psychiatrists have been pulling this dodge for decades.

No matter what the actor asks about, answer back, “What do you think (you should do… your character wants… etc.)?” If he replies, “I don’t know,” ask, “Well, if you did know, what would you think?” Believe me, this silly question works and forces him to articulate his problem.

If the actor flat out refuses to do what you need, don’t keep it a secret. Let the producer know that there is problem. Get the AD to help you think of other things to shoot. But whatever you do, never let the actor see you sweat.

Buy time. Shoot something, anything, and do it as though the loss of this scene, shot or dialogue is nothing. Don’t give the actor the power. You are still in charge, at least until the actor’s agent tries to get you fired.

Ask yourself: Can I shoot this scene without this troublemaker and get his coverage later? It’s been done many times when an actor can’t or won’t be present, like when a tragic accident happens to an actor during shooting as seen with Brandon Lee on The Crow, Natalie Wood on Brainstorm. Even Ed Wood’s Plan 9 from Outer Space continued after Bela Lugosi’s death; Wood’s dentist stood in for Lugosi.

How many takes are enough? Some directors “play the lottery” and keep shooting until they get a winner. I find it’s okay to make the wrong choices in an effort to find the right one, but doing a scene the same way over and over wastes film, energy, money and morale.

David Fincher said that he shoots takes until he gets it right because the producers have hired him to make the best movie possible. Most productions don’t have that luxury, and have to accomplish the best shots possible with limited time and money.

When a shot or a scene is not working, stop and debug it. Look at the story closely for what it tells you. If you are out of ideas, huddle with the actors. Go back to the two turnkey questions: (1) What is the story of the scene? (2) How does each character feel about it? The answers give birth to ideas that can bring the scene alive.

Don’t ever think you can just walk on the set and fake your way through directing. Every morning on set there will be disasters, complaints and confusions. Be ready for a frightening array of weird behavior: nausea, allergic reactions to makeup or bad hair days… and that’s just from the crew! If you are really prepared you can fight your way to victory.

Noted film and television director and producer, John Badham (WarGames, Whose Life Is It Anyway?, Blue Thunder and Heroes) is the author of “I’ll Be In My Trailer: The Creative Wars Between Directors and Actors.” Drawing from his own moviemaking war stories to illustrate his points, the book offers filmmakers and fans a rare snapshot of how the creative process unfolds behind the scenes and gives an instructive and entertaining look at that most intimate and delicate of creative partnerships – the one between actor and director. Badham is Professor of Media Arts at The Dodge School of Film and Media, Chapman University in Orange, CA.