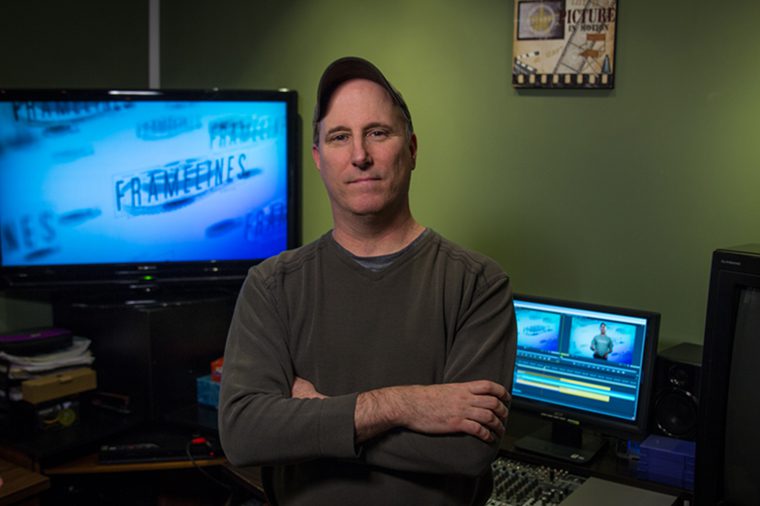 Surprisingly, this is a rule that took me time to learn because when you’re starting out, you tend to think in a linear fashion when on set of your feature. What I mean by that is, you make your plans for the day of the shoot and get your elements lined up to shoot, which is what everybody does, but in the world of micro-budget filmmaking, not everything goes as planned. People don’t show up on time or at all, props don’t work or get lost, some piece of gear breaks down or is missing, a location falls through at the last minute, etc… I remember sitting on a set waiting to shoot a scene while we waited for some element that we had planned on having and wasting valuable time, but this is something you cannot afford to do, so you need to have a plan “B”, “C,” and “D,” and when those fail, you need to be able to think on your feet.

Here’s a common problem that can kill hours in your day: actors showing up late. There are various common excuses like car problems, alarm didn’t go off, I got lost, etc… But because you’re most likely not paying these folks anything, you have to eat these sometimes lame excuses. Anyway, you have your crew and the other two actors in the scene standing around while you wait for the tardy actor and eat Rolaids while you see the minutes of your shoot day being eaten away. Well, you could block out the scene with a stand in (usually a production assistant or friend) while you wait. This way you have a plan, so when the actor shows, you’re ready to go. Also, you can light the scene now because you know where people will be standing and moving in the scene.

So you’ve done all of these things and still no actor. What can you do? Start shooting! What, not everybody is there yet? You can start shooting close-ups of the actors who are on set now and then shoot the wide shot when the late actor finally appears. This can be painful sometimes, but you have to get things shot. Also if there are any close-ups of props like somebody shows an important document, holds a gun, presses a button on some device or manipulates something on the set, then you can shoot a close-up of that action. Again, the key is never stop shooting.

Another thing to do is look at your schedule and see if there are any other scenes with the actors who are present that you can shoot. This may mean you’ll have to do a little pre-planning in that you have the actors bring costumes for other scenes and have props for other scenes. I tend to have all the props for the entire movie handy unless there are tons of them, but on micro-budget movies you rarely have more props than what would fit in a large box. Regarding the costumes, I tend to have the actors bring all or most of the costumes with them everyday anyway, just in case.

Here’s an example from a micro-budget set which we had to overcome. We had two actors in the scene and one had to present a ceremonial dagger to the other. Well guess what, the dagger was not present. The prop person forgot it. The scene revolved around this prop. Being quick thinking people we looked around the set and saw a nice hunk of cloth so we decided that the dagger would have cloth draped over it before the scene started. We grabbed a thin piece of wood to stand in for the dagger, threw the cloth over it and put in the scene. In the scene, the actor presents the cloth covered dagger and hands it to the other actor. Later, when we had the dagger, we shot an insert shot of the cloth being pulled back to reveal the dagger. The day was saved by being flexible, which is the key to micro-budget filmmaking.

Now sometimes, there are things that will shut down your shoot no matter what. If you’re shooting all exteriors that day and it rains, then you’re usually dead in the water, but if you have a plan “B” which could be shooting some interiors on what we call a “cover set” until the rain stops, then you could salvage the day. Also, ask yourself if any of the scenes you had planned for the day can be moved from an exterior to an interior without affecting the story.

Here’s another example. Usually a camera going down will stop a shoot dead in its tracks, but you could use the time to rehearse, or if you movie has some voice over and you have access to some kind of audio recording device, you could get that voice over recorded. Again, you always have to be thinking on your feet.

Finally, sometimes you will be stuck with nothing to do and if that comes up, you need to pull the plug quickly so that you don’t waste too much of people’s day, but before everybody leaves set up a way to get the footage you missed shot another day, so at least you have a plan. Also, remember this rule: do not lose your cool. You are the captain of the ship, and if you lose it, then people will lose faith in you. Now this does not mean you don’t get angry, but don’t go off the handle. You apologize to the people who showed up and tell them you will make sure that when you meet for the next shoot all will run smoothly.

About the Author: Scott Spears is an Emmy Award winning Director of Photography with over 18 features under his belt. He’s also written several feature screenplays, some of which have been made into movies. You can learn more about him at www.scottspears.net.