So, You’ve Got Guns in Your Story | Make Smart Choices Around Prop Firearms

Given my specialties, at least once a year someone forwards me an article about indie filmmakers almost getting someone shot… or sometimes ‘not almost’. No story you want to tell is worth the life of a crew member or your talent, so please, take the time to consider how to go about shooting these scenes right. I’m content to use precautionary examples like Brandon Lee, Jon-Erik Hexum, and Johann Ofner, and have no desire for more recent deadly anecdotes.

You should have qualified gun wranglers on set. This isn’t just ‘someone who knows guns’, but someone who knows specifically about using them on set, about prop options, and how to safely get the shots you need. But I know from those news stories many of you will probably ignore that advice, so for those folks, or people who just want to be able to participate more intelligently in the process, here are some guidelines that might still save a life – and, much less importantly, your production:

Most of the articles I’m sent involve police almost shooting someone because they don’t know it’s a set. Even while shooting on private property, if you’re publicly visible (or audible, with blanks), there’s still risk. Find ways to make it clear you’re making a movie, and notify local residents, businesses, and authorities.

For example, New Jersey defines non-gunpowder guns as still being firearms, requiring a permit, and an actor was arrested in 2016, when an indie production had him waving an airsoft out a car window while driving around. Every state and municipality has different regulations on both real and fake guns.

If rubber dummy guns suffice, use those. Often gas blowback airsoft works instead of blank guns. Usually quarter-load blanks in blank revolvers work as well as full-load blanks in real revolvers. Don’t load props if they don’t need to be loaded. Blanks are not harmless, and live ammo never belongs on set. Plan your shots. Have different options ready. Think carefully about what you really need to see in-camera each take; and explore your options.

Even if you bought toy guns, they’re not toys anymore. Don’t let people wave them around for fun, go out back for a smoke break while wearing or carrying one, dry-fire them when waiting around, and everyone, follow basic safety rules unless the shot specifically calls for breaking one or more of them. The whole cast and crew gets a safety briefing. We’ll have to break some of the standard rules, because the characters do, but it should always be a carefully considered choice to violate ANY of these:

Actors and crew members always have the right to ask and be shown how a prop is going to be safe to use. Check before breaking ANY of the other rules.

B.) Finger off the trigger unless actively pulling it.

Directors might want to see fingers on triggers sometimes, but by default, extend that index finger along the frame.

C.) Never point it at something you don’t want to shoot.

Most of the time, even if we see both shooter and target in the same frame, you can cheat a bit off to one side or another.

Treat firearm props with respect and have a coordinator/gun wrangler/armorer on set who knows how to choose and handle them. Not only will your set be safer, but your footage will look much better! 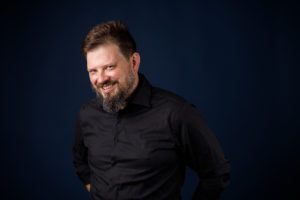 Kevin Inouye is a SAG-AFTRA stunt performer and actor, a fight coordinator, and an armorer/gun wrangler through Fight Designer, LLC, which also provides prop weapon rentals. He’s Assistant Professor of Movement, Acting, & Stage Combat at Case Western Reserve University, a Certified Teacher and Theatrical Firearms Instructor with the Society of American Fight Directors, and a Certified Teacher with the National Michael Chekhov Association. He offers workshops and training both online and in-person and has two books in print: “The Theatrical Firearms Handbook” (which also covers screen use), and “The Screen Combat Handbook“. (fightdesigner.com)

Recommend0 recommendationsPublished in How-To Be A Filmmaker Articles, Production News

Collie posted an update 2 hours ago

Maura to Amanda 8 hours ago