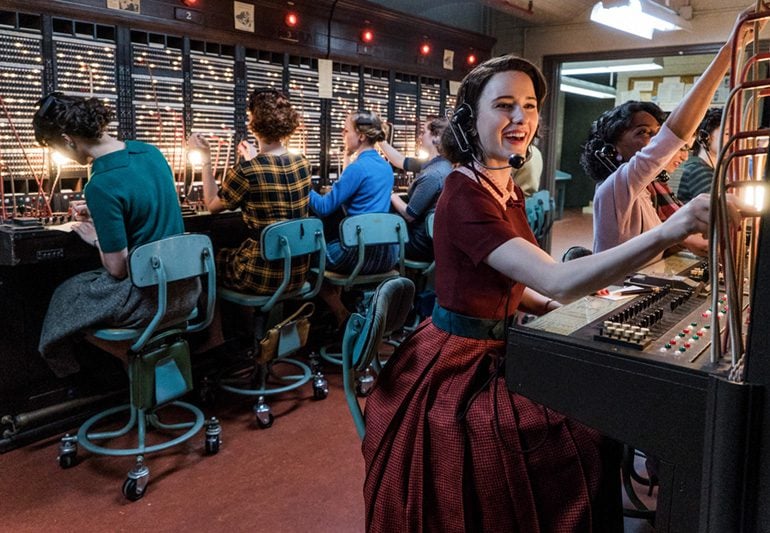 M. David Mullen, ASC receives another nomination! This year Mr. Mullen won the Emmy Award for Outstanding Cinematography for a Single-Camera Series (One Hour), The Marvelous Mrs. Maisel, “Simone”. Congratulations to his new nomination under the “Episode of a Series for Non-Commercial Television” category for The Marvelous Mrs. Maisel, “Simone” (Amazon) for the 34th Annual ASC Outstanding Achievement Awards. M. David Mullen, ASC has written and published educational articles in StudentFilmmakers Magazine, flagship and sister publication of HD Pro Guide Magazine. Additionally he was featured in the StudentFilmmakers.com online interactive filmmaking forums answering lighting questions for student and startup filmmakers. We send our congratulations to David! (www.davidmullenasc.com)

The American Society of Cinematographers (ASC) has revealed its documentary and television nominees for the 34th Annual ASC Outstanding Achievement Awards. Winners will be announced at the organization’s gala on January 25, 2020, at the Ray Dolby Ballroom at Hollywood & Highland. The event is attended by more than 1,500 cinematographers, supporters and other motion-imaging professionals. The announcement of this year’s nominees was live-streamed via Facebook from the historic ASC Clubhouse in Hollywood, with the presentation made by ASC Awards Committee chair Don McCuaig, ASC.

The nominees in the three television categories are:

The ASC Documentary Award was inaugurated this year to recognize exceptional cinematography in non-fiction filmmaking.