In a way, both of those initial questions are requests for a set of directions which one can follow to the letter and arrive exactly where they want to arrive. Many composers want to know where to place their resume (which might be a filmography or bio and demo) to get an interview.

We would like a sure thing. We want to know how to establish ourselves as bona fide film composers. But there’s no set answer that every aspiring composer can follow to create the film composing career of their dreams. Creative careers that are freelance, which is what most film scoring jobs are, happen to be finite. There’s a start date and an end date and the cycle begins again… hopefully.

Asking the question, “What path will get me the film composing career I desire?” is a good place to start. But the answer to that question is as varied as the composers who are already working. Each composer has his or her own path. Some have studied classical composition. Others are jazz musicians. Still others are pop artists who have been invited to score movies because a director likes their particular style. Others have studied film scoring and some attend prestigious graduate-level programs in film scoring while introducing students to a network of people who work in and around film composing.

The bottom line is, there isn’t one path to finding success as a film composer. Studying the paths of those who came before us is a good idea. Then, asking many questions—especially of ourselves—is a good indicator which path to try first. Don’t be afraid to ask yourself these types of questions. Is this a good fit for my personality? What will this job (whether it’s an assisting job for an established composer, or scoring a short film for a friend, or helping out with copying, printing or taping scores) help me to build? Am I building my resume? Am I building a relationship that can be beneficial to me at some point? Am I continually writing my own music and practicing my craft regardless of what job I do during the day to keep a roof over my head?

There are no guarantees. The job of a film composer is often hard fought and requires tenacity. Not everyone who sets out to become a film composer will be able to create the career of their dreams. And sometimes it seems like we’ve made it only to have it yanked away just as quickly by someone else getting the job you thought you had. There is no such thing as “making it” unless you can somehow find your way into the elite few who have more work than they can handle.

Knowing this, perhaps it would be better to throw all of your energy into finding your own unique musical expression. If you continually deepen into your personal creative expression, your own voice and your music will become your calling card. It will be the thing that has the potential to stand out in the crowd of composers. The potential of having your music temped in, or on a playlist a director falls in love with is much greater. I could go on listing ways people have gotten breaks but instead I will quote Quincy Jones, who said, “Good luck usually follows the collision of opportunity and preparation,” which means that no matter which path you choose, do your work as a composer. Practice. Practice. Practice.

(Quote is from Quincy Jones’s book, ‘On Producing’.) 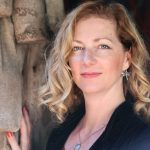 Kristen Baum is a Sundance Fellow and LA-based film composer. She works on a broad range of projects, frequently creating hybrid scores that incorporate computer-based sounds with live instruments. Her music is on soundcloud.com/kristen-baum, her website is kristenbaum.com, her film credits are at imdb.me/kristenbaum.

Organization Unites Studio-Focused IT, Data and Security Executives Under One Global Banner to Meet the Future of Media & Entertainment

Organization Unites Studio-Focused IT, Data and Security Executives Under One Global Banner to Meet the Future of Media & Entertainment