I owe much of my career to music videos. When I was younger, I wanted to be a rock star and even toured our great nation as a drummer in bands who opened for acts like Stone Temple Pilots, The Black Crowes and Lenny Kravitz. But as I grew older and needed to think about my future, dreams of becoming a rock star were replaced by those of becoming a filmmaker. I know, I know, that’s  a classic case of jumping out of the frying pan into the fire. I’ll admit, I never wanted to direct, let alone shoot camera – I didn’t have the desire, and frankly, didn’t want to make myself a target of criticism. Producing, editing and writing were enough for me until Bret Michaels asked if I’d shoot some footage for his first single as a solo artist during Poison’s hiatus. The footage we shot looked good, so we went to The Panavision Stages and added his performance to the video. Upon its release, the song Raine became a hit single – and so did our music video that got a lot of coveted airtime and yours truly decided to put the all- encompassing filmmaker hat on once and for all.

I should mention at this point the music video business was quite grim. MTV and even VH1 were no longer making them a focal point on their networks and YouTube wasn’t even yet on the radar, so labels were putting their resources into other forms of marketing to push their artists. In the early 2000’s, I would get the occasional call from a record label to do a video, however, they weren’t paying much of anything. In fact, a major label attached to one of the movie studios asked if I would re-shoot (as in completely re-do) a music video for the title track to one of their biggest film franchises and had the nerve after two creative meetings and getting the job they weren’t paying a dime. Heck, I wasn’t the guy who botched up the first video, (which had a budget of $50,000) but work for free? I’ll save that for another article down the road…but the film went on to make over $230M – domestic. Who’s complaining?

Fortunately, music videos have made quite the comeback. But let’s face it; unless you’re working with artists such as Taylor Swift, Imagine Dragons or Drake, it’s for the love of the craft, not the love of the cash that we do them. By and large low budget videos are the norm which have become tools to help drive up a band’s social media presence, a tour or iTunes sales. I do in part blame that annoying (yet, brilliant) treadmill video by OK Go – as it really killed it for so many of us who made a living producing videos with budgets and proved that so often less is more by going viral way before going viral was even a thing. I mean we were doing videos for bands you’ve never heard of (or ever will) for $25-50 grand and after that, $1,500 became the standard.

Recently, I had the itch to do a music video. Blame the failed rock star in me but the heart wants what the heart wants. It had been almost a decade since my last torrid romp in videoville, (not including a concert I filmed for Cheap Trick in Chicago), but I really missed shooting a band with no restrictions, no rules and in that ‘let’s go kick some ass and blow the lid off it’ type of way. You know, the kind of videos momma used to make? I got wind heavy metal heartthrobs Vixen was gearing up to release a live album with a few studio tracks and were heading out on tour to support it. I went into action, reached out to the band and said, “Let’s do a video! Just show up to the designated venue and I’ll handle the rest.” Long story short, I couldn’t be happier with the results. As you know from my previous blogs and what I drive home in my book, “What You Don’t Learn in Film School,” it’s about staying busy (or relevant) and doing what you love. Once I got the go-ahead from the band, their management and record label, I wrangled three great cameramen and we went to work capturing the band’s sold-out show in Los Angeles.

A month later, Vixen’s video for “You Ought To Know By Now” debuted and had over 50,000 hits in the first day of its release – and the numbers keep climbing. I cannot stress enough the importance of getting out, putting your skills and recourses to use. When you’re done with that, go shoot something else and afterwards do it again, and so on and so on. Dream projects are great, but there’s no reason not to be an active and busy filmmaker. And, if you’re anything like me, you become passionate about every project you set your hand to and look at every gig as an audition or opportunity for the next. Oh, and speaking of that, a top management firm who reps over two dozen well-known bands saw the new video and reached out offering me to handle videos for their entire roster. Why? Because I got off my ass and generated content. It’s as simple as that!

Thank you, Vixen, for your trust! 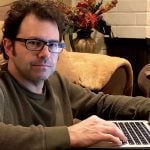 Multi Emmy Award-winning filmmaker and author, Shane Stanley, has enjoyed a career spanning almost five decades, which includes acting, editing, producing, writing and directing. With a #1 box office hit under his belt and several top-rated television shows to his credit, teaching the next generation of filmmakers how to have a long and prosperous future in the entertainment industry is what he finds most rewarding and considers his most essential work. To read Shane’s latest book, please visit: www.whatyoudontlearninfilmschool.com.

How to Begin Preparing for Submitting Your Films to Film Festivals

Pictured above: Behind-the-scenes of the independent feature film, “Call of the Hunter.” The movie has a folklore/legend-based story. It follows

Writing for Film & TV | How to Survive the Room: Notes on Nightmare Notes

Pictured above: David B. Carren wrote and directed in Texas the film, “Waiting for Sandoval.” The production utilized a cast