Directing for the Cut 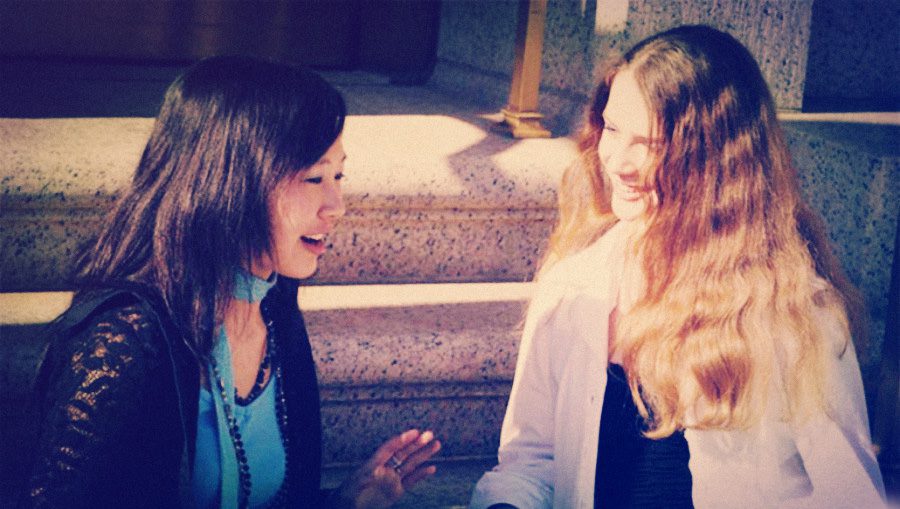 Change of Distance, Change of Angle, and Action within the Scene

It has often been said the best film directors came from a previous career as editors. One of the most valuable lessons a director can learn in the edit room is how to “direct for the cut.” The art of film is made of two parts: what happens in the scene and what happens between the scenes, that is the cut (or transition). Cutting establishes momentum, rhythm, action, suspense and drama. Regardless of the skill of the editor, directors who directed for the cut inevitably achieve higher degrees of success and artistic achievement.

Change of angle means that the position of the camera, with regard to the subject(s) moves from Shot A to Shot B. This change can be measured in feet or meters past the subject from, say, left to right, or degrees of arc around the subject, say 30 degrees clockwise or counter-clockwise.

The final ingredient of a well-directed cut is action within the scene. Let’s suppose we have a scene of a lover’s quarrel. The woman gets upset with her man and slaps him across the face. This is great action for a cut. If the slap begins in Shot A, the editor can carry the action all the way to – and through – the painful impact, and then CUT to Shot B sometime during the impact. If, at the same time, the director had supplied a change of distance and angle between the two shots, the viewer’s eye is treated to a smooth, emotional experience.

Directors have to be wise enough to give their editor enough latitude to decide the exactly right moment to affect the cut. Often an editor will choose to overlap the action. For instance, in the slap, Shot A may carry through several frames past the impact, while Shot B will begin several frames before the impact. The subliminal effect of such a cut is to elongate the moment of pain and to cause the audience to experience a slight hesitation or emphasis on the key action – the slap.

The opposite effect can be created by trimming the end Shot A slightly before the impact and the beginning of Shot B slightly after the impact. This would create a nearly humorous effect, where the audience anticipates the slap, sees the result, but doesn’t experience the actual “sting!”

A wise director, wishing to leave such delicate decisions until after the tension of filming is over, will provide the editor with an abundance of footage both before and after the key action in every take. That is why beginning actors are told to wait until they hear, “Cut!” before they stop acting. The reason is to extend the action of the scene well past the point where the director anticipates the cut to occur.

Incidentally, there is a weird kind of effect you can accidentally create.

Okay, we know the three essentials; so let’s put them into practice on a real scene.

In first year film studies, I often used to send the class out in teams of four to five on just this exercise. You can try it with your friends or crew as practice or adapt it to any current project.

The scene is a simple. Two people sit on opposite sides of a table. They have some conversation and then slap their hands together in a “high five.” That’s it.

This scene brings up another key directorial “rule,” which is, “Don’t cut across the line.” In this rule, there is an imaginary line between any two people in a scene. When shooting 2-shots within such a scene, keep the camera on one side of this line. That means, you have roughly 179 degrees of rotation around the two subjects. This would include an equal 2-shot and a pair of over-the-shoulder shots of each subject.

If you violate the rule and try to cut the two 2-shots together, the result will be a weird jump cut where the two subjects will instantly reverse position on the screen! Believe it or not, I have seen such a bad cut in a recent feature film. Worse yet, I allowed one to occur in a film I shot!

Now, when you direct the exercise, be sure to shoot the entire scene as a master shot, showing the entire room. This is also called an “establishing shot,” because it establishes, for the viewer, the scene in which your action will take place. It’s good to start with the master shot for a lot of reasons, the most important of which is time and money. If something goes bad during the shoot, and you have to abandon the location, you have at least something you can use!

Next, you shoot a medium 2-shot (M2) from 90 degrees to the “line.” Depending on how you view the drama, this shot can be as close (showing just the front halves of each actor’s face) or long, showing the entire actors’ bodies. You decide. Shoot the entire scene from beginning to end.

Here, you will begin to notice that slight variations may occur between the master and this shot. These variations will continue throughout the day. This is why adequate crews include a Script and/or Continuity Person. These people watch each scene carefully making sure that script, props and lighting match from take to take.

The next shots will be OS shots (over-the-shoulder) and POV (point-of-view) shots. POVs allow the unseen actor to take a break and feed the onscreen actor lines from off camera. These six shots make up your basic “coverage” shots. You needn’t shoot them all, but at least three are required in order to provide the editor with enough latitude to create an interesting scene.

After coverage shots, you always want to shoot “cutaways,” which are like precious jewels to an editor. For instance, you absolutely have to shoot a close-up of the hands slapping five. Ideally, start and end this shot with an empty scene, allowing the hands to enter the shot, slap and exit the shot. This gives the editor maximum freedom in using this cutaway to match the wide-angled shots.

Other cutaways that can enhance the edit (or save a scene if a director made a mistake) are individual close-ups of each actor listening and reacting to the other actor, as well as close-ups of the actors’ hands or key props in the scene (like a gun, for suspense). Such cutaways would be necessary, for instance, for the editor to get you out of the mistake of cutting across the line, because the bad cut can be bridged by a close-up or hand shot, making the sin completely forgiven. In fact, with adequate cutaway coverage, you can actually forget the “line” rule entirely.

Once you’ve shot this exercise screen, get into the edit bay as soon as possible – even during the shoot. Immediate reward for doing things correctly (or punishment for a mistake) will cement these lessons in your mind forever.

Once you’ve mastered this exercise, try more complex scenes, such as two actors eating a meal (throw in a burning cigarette for continuity challenges!), going through a door, or challenge of
challenges – dancing. Each challenge, if quickly taken to the edit bay, will teach you more in one afternoon than a hundred hours of classroom time.

George Avgerakis has directed for all of the major networks and Fortune 500 clients. His books on how to start and run a media business or animation studio are available on amazon.com.