“Breathing Through Trees” | Limitation breeds emotional creativity on this short film shot on the Sony A7S.

For most filmmakers, low budgets and minimalist storytelling are a way of life.  Limitation breeds creativity, wearing multiple hats, and so on.  With rare exception, though, I’m typically afforded at least one or two crew members on the camera and lighting side to make things go more smoothly and to enhance the collaborative process.  So, on Breathing Through Trees, where I was my own focus puller, camera operator, and gaffer, it made for a uniquely sparse experience…and a strangely liberating and dynamic one. 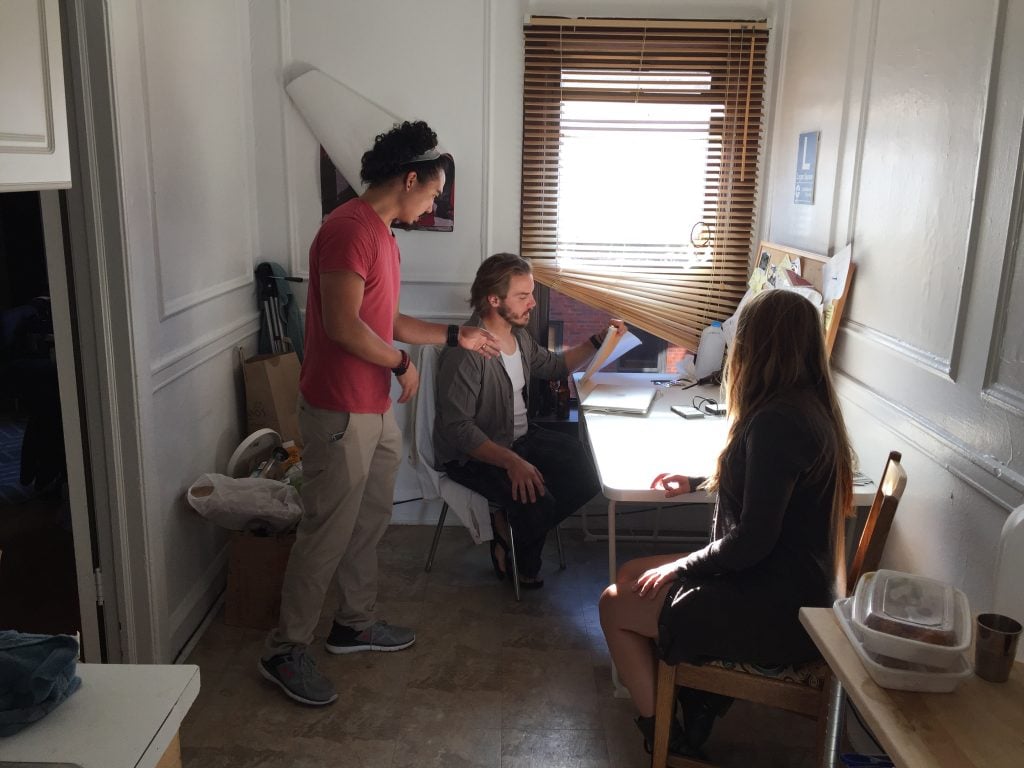 I met writer-director Stephen Takashima in a rather strange way: he messaged me randomly on Vimeo after seeing my reel and asked if I’d like to grab a cup of coffee sometime and chat about filmmaking in Chicago.  Probably as close to a blind date as I’ll ever have, I suppose!  As we talked, we found we had pretty similar sensibilities and work ethics, and in the late spring of 2016 he sent me this short film script about an amateur pornographer (Cole Simon) who has a crisis of conscience during an interview with a prospective actress (Jillian Warden) after learning his high school sweetheart (Sofie Puchley) is engaged to her new boyfriend.

One of the perks of the film’s production, logistically, was that – with the exception of a couple lightning-quick flashbacks – the entire screenplay was set in one location: a messy apartment.  You’d think that would be a pretty easy get!  But we only secured the location mere days before production began, thanks to the magic of AirBNB, and upon arriving we realized just how tight the space actually was.  Two rooms – a kitchen/dining room and a living room/bedroom, plus a super-tiny bathroom.  On the fourth floor.  (Having a small crew was never more vital.) 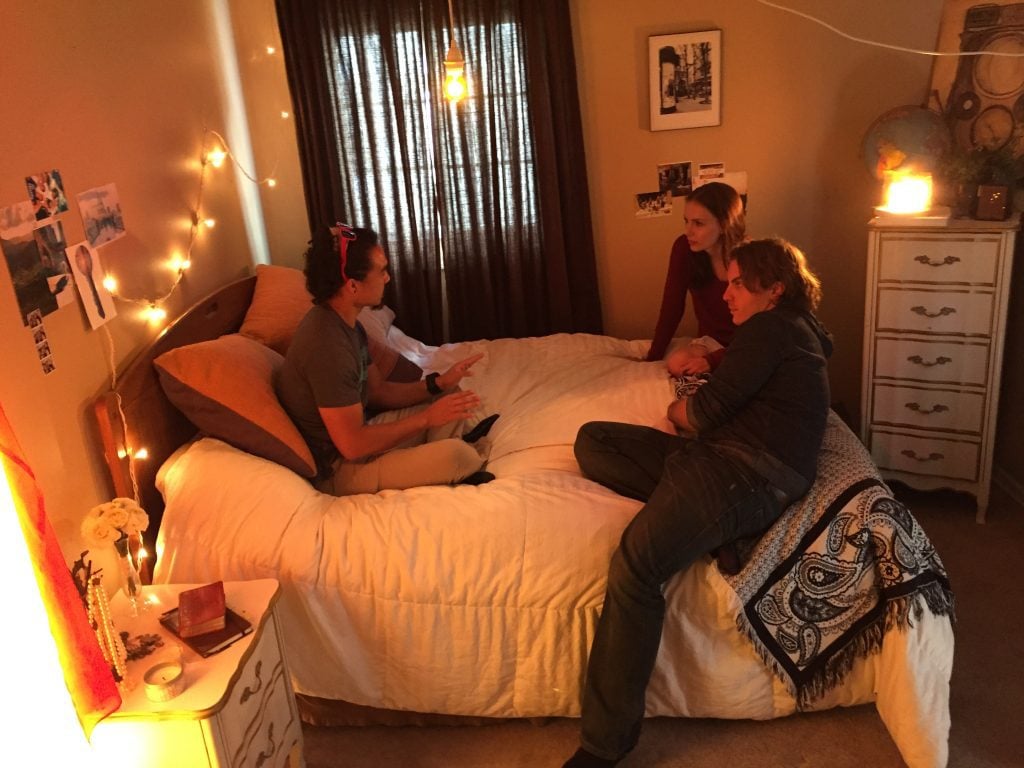 Luckily, the apartment rested on an odd corner of the building where one window of the apartment could see the other one.  This allowed me to put a 1.2k HMI in the living room and shine it into the kitchen at the main table where the bulk of the dialogue would take place.  The rest of my lighting package consisted of two battery-powered Westcott 1×1 LED pads, which lasted the entire 14-hour day on one charge and were invaluable.  I placed one above the kitchen cabinets and bounced it off the ceiling for general toner, dimming up and down depending on the ambient light already coming in, and placed another (somewhat counterintuitively) on the ground behind our lead actress Jillian, so it would feel like sunlight streaming in from the window that hit the ground and bounced up.

And…that was it!  The flashbacks took place mostly outside and relied on hyper-shallow depth of field, so lighting wasn’t necessary, and the only other flashback – set in a tiny bedroom – involved a china ball with a 100W bulb and a fun little 25W stained-glass party bulb that I moved around for different effects.  But the minimalist lighting meant I could move around and find shots and engage with the story in a more immediate way.

We shot on Stephen’s Sony A7S, running out to an Atomos recorder and opting to shoot ProRes 422 at straight 1080p rather than 4K for ease, storage space, and speed.  The full-frame sensor of the A7S meant that on my Zeiss Distagons, we’d be needing all the help we could get softening the image, and to that end we also used a super-old set of Canon FD-mount primes, as well as a Lensbaby 2.0, for the flashbacks, to give them the sensation of a dream coming back to you in waves.  In color grading we pushed the cool hues and contrast of the present to butt heads with the gentler colors and tones of the past.

But in both cases, we always tried to stay as close to our actors as possible.  (The tight space wouldn’t allow us to do much else!)  Cole and Jillian basically met for the first time that day, and Stephen cultivated a wonderfully comfortable atmosphere for both of them to rehearse and block scenes – an essential thing when you’ve got nine pages of script on the docket!  And the handheld style we chose meant I could follow them whenever they changed things up; the cinematography became somewhat organic, in a kind of Malick-Lubeski way, as we searched for little macro-photography elements (eyes, hands, a Polaroid picture, the faucet) and slowly pushed in and out with the camera on odd moments.  If Jillian would move this way, I would dance past her to follow Cole, or if that didn’t work, we’d stay with her on the next take and I’d circle around to a tight profile of her face.

Every single part of the production – from Casey Autey’s terrifically thoughtful production design work to the performances to Stephen’s direction to, yes, all the limitations of a low budget – conspired to craft this ten-minute film.  Write what you have access to, use the gear at your disposal, and find ways to visually tell the story.  Creatively, the two days I spent on Breathing Through Trees were a look into a new world of emotive cinematography for me, and I wouldn’t have found that without these limitations.

“Breathing Through Trees” screened at the Chicago International Film Festival in 2017 and premiered online through Vimeo in May of 2018.  Stephen and John collaborated again on the short film Civil, which is currently making festival rounds.

Pictured: Photos and behind-the-scenes from the movie, “Breathing Through Trees.” Courtesy of the author. 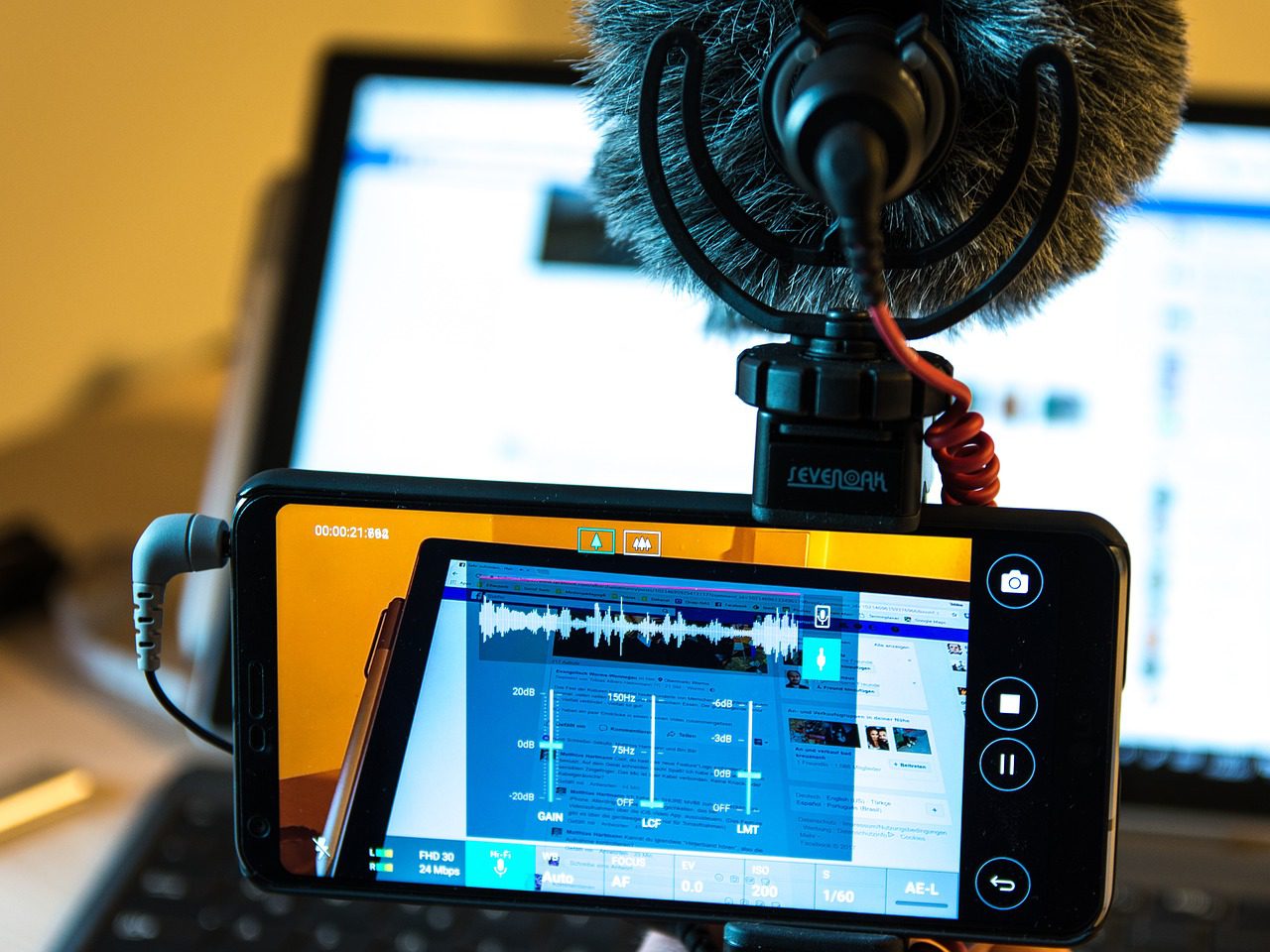