I’ve been intrigued by Black Magic cameras for a while, but I’ve been waiting for them to evolve to a point where they filled more of my requirements. And the Ursa Mini 4.6k was the first that really does that. And the Ursa Mini Pro expands upon that and does even more.

The Black Magic Ursa Mini 4.6K ($4995) and Ursa Mini Pro ($5995) are two fantastic cameras.  Black Magic has been creating cameras for a few years now, and have continued to evolve their product line.  The 4.6k sensor is their 3rd generation sensor, and is significantly better than their previous sensors.  With dynamic range of about 14 stops, it puts it up there with the best cameras in the world.  The original Ursa was Black Magic’s first full featured Cinema camera, and the Ursa Mini 4k was a smaller slimmed down but still capable camera, that was light enough and small enough to feasibly put it on a gimbal.  Gimbals have become such an integral part of filmmaking now, the Ursa Mini was really the camera that excited me the most.  When Black Magic released it’s 4.6K sensor, they really hit a home run with it. They had achieved a professional camera in a more compact form factor with a sensor that delivered.  And with the release of the Ursa Mini Pro they added more external controls, and more importantly interchangeable lens mount and internal filters.

What makes the Ursa Mini 4.6k and Ursa Mini Pro unique is that they offer features usually only seen on much more expensive cameras.  They feature Raw recording, and a more practical compressed raw format, which is one of the features I appreciate about RED cameras. They use Cfast cards which are becoming increasingly popular and more affordable.  And accessories for Black Magic cameras are much more affordable than most other cameras in their price range.  Which is a big deal since often times the accessories you need to get a camera fully functional can cost nearly as much as the camera itself.  These cameras also come with  ProRes recording capability out of the box at no additional cost.  And they can shoot up to 60fps 4.6k Raw or 120fps at 2K cropped.  Built into the body are dual full size XLR audio inputs, an internal mic,  dual CFast slots,  headphone out,  SDI in,  timecode in, Lanc inputs,  external audio level control,  a built in monitor and programmable buttons 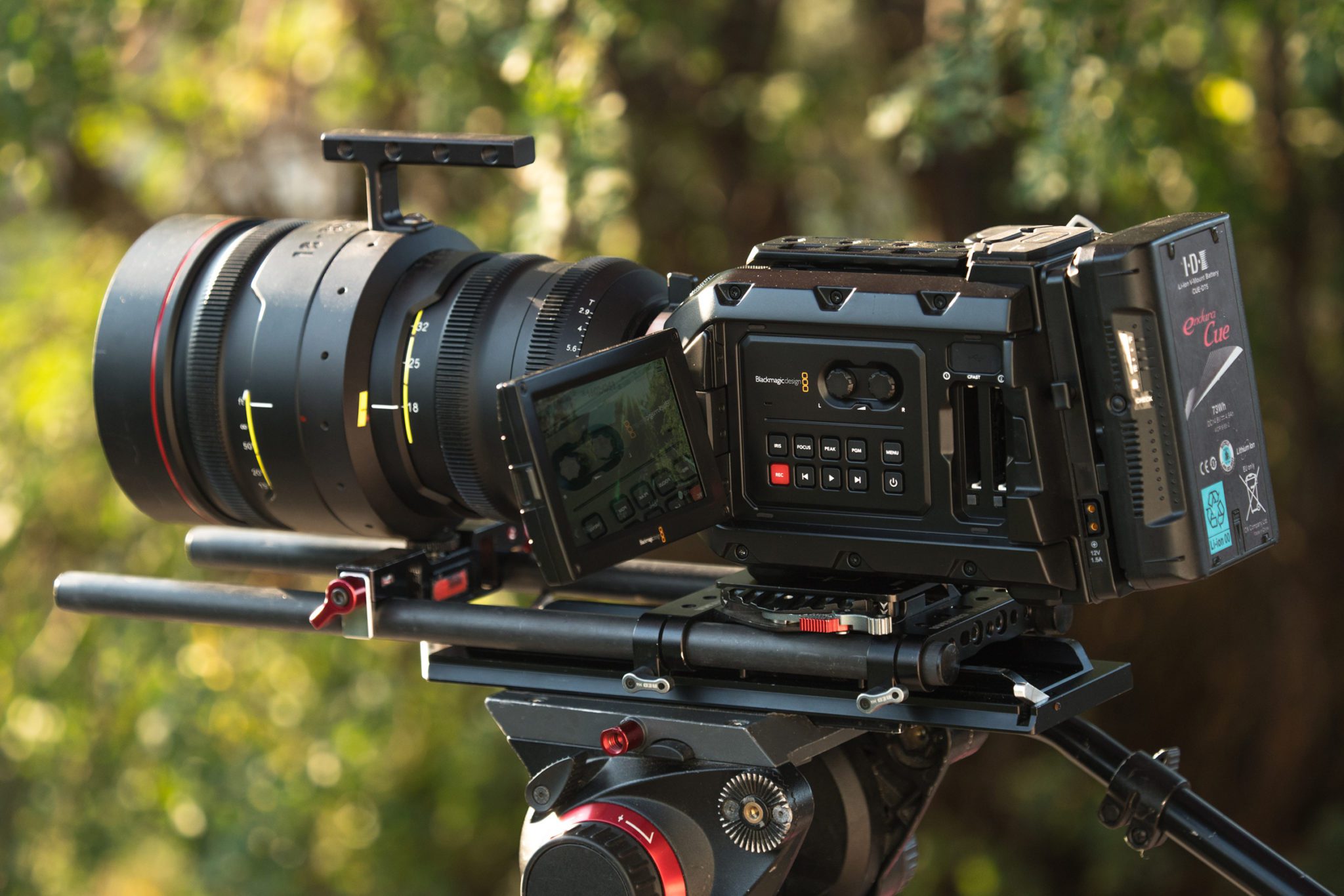 The cost difference between the Ursa Mini 4.6k and the Ursa Mini Pro is $1000.  What that extra $1000 gets you is a lot.  The single biggest advantage to the Ursa Mini Pro is its interchangeable lens mounts.  This allows you to shoot primarily on Canon EF lenses, but if you have a bigger budget project, you can easily swap to a PL mount to use true Cinema Lenses.  The Pro also has built in ND filters which are also incredibly useful for fast setups, especially appreciated on gimbals which have to be rebalanced when adding filters.  The pro has a number of other nice features, but these are the two that make the extra cost very worth it to me.

Who is this for.

I like to compare this camera to other cinema style cameras rather than DSLR and mirrorless cameras.  While I like those cameras a lot as well, and their small size and weight make them ideal for lighter weight setups that can be great for one man band setups.  This is really a camera that is more cinema style oriented, with the features and design that makes it more ideal for more professional setups.  Having timecode input, xlr inputs, Raw, capability, EVF options, mounting points, SDI outputs etc, make ideal for more professional setups.

This is a very capable camera,  with the resolution and frame rates expected of a cinema camera today,  with variable frame rates that allow the operator to precisely control the overcrank.  It supports luts, raw, over cranking, has enough tools to assist with achieving good focus and exposure.  This is a camera to compete with other cinema cameras but still built to be able to work on modern larger gimbals like the MoVI Pro or a Ronin with extensions.  It has a surprising number of features usually only seen on the best cinema cameras out there. This is quite possibly because Black Magic is not limiting its capabilities so it doesn’t step on the toes of its higher end cameras like many of the big camera companies do.  It is built as a cinema camera rather than a broadcast camera with some cinema features added on it, so the cinema features work really well.  The 4.6k sensor is beautiful.  And for me dynamic range is king and it has plenty of it.  If like to see better low light performance and I’d like to see higher frame rate options but it does 4.6k 60fps raw. And that is nothing to scoff at and plenty for most applications.   This is the camera I have been waiting for black magic to come out with and really can’t be beat for its price and affordability.  With reasonably priced accessories but with the feature set built in.  It’s the black magic camera to own.