Understanding Your Actors: 3 Levels of Consciousness by Myrl Schreibmanin 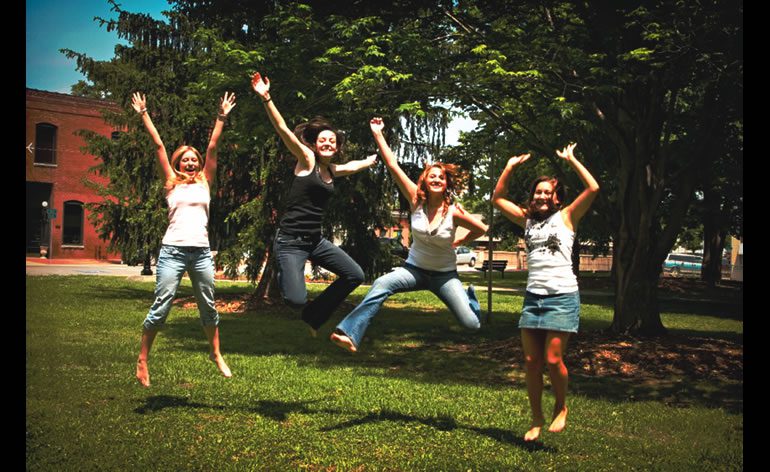 There is no secret in understanding what actors are all about. Many people create mysteriousness around what actors are about, and books are written about it. But it is really simple as far as acting for the camera is concerned. You have to remember actors are basically children who like to dress up and be other people. They want and crave attention and they respond to words of praise or disapproval. They look at you after they have done a scene to see if you want them to do more, and then nag that they are doing too much. But they are children who are complex. They have a life away from the script, the stage, or the studio, and that life sometimes gets in the way of their life as an actor. Knowing how they think, how they approach their craft, and what they are about is important, and understanding the separate levels of what makes up the person we call an actor can be useful to your success in working with them when directing in the single camera narrative mode.

Actors work on three levels at the same time – the conscious, the subconscious and the unconscious, especially as it relates to acting for the screen. It is just the nature of who they are as actors. And those three levels function with each other in various intensities from the time they audition through the time they complete their work in front of the camera. Actors spend years in classes developing those levels so they can become very skilled at acting. Meryl Streep once said acting is so simple it is difficult. “Simple” because they use who they are and “difficult” because they have to show who they are and their own vulnerabilities to bring life to the roles they play.

The conscious actor is that facet of behavior of the actor that is closest to the surface on a day-to-day and moment-to-moment basis. It pertains to the little voice inside of the person or actor who asks, “How does my hair look?” … “What does she (the director, casting director, etc.) want me to look like when I audition?” … Or, “Damn, I had a flat tire getting to the set… How am I going to get it fixed before going home?” This aspect is immediate and can affect an actor’s performance especially if they are not trained to do otherwise. It certainly is true when actors audition, and sometimes is true when they are working in front of the camera. The conscious facet of the actor often has the strongest impact and can cause the biggest problems with the inexperienced or untrained actor and/or director. And when actors are working only from the conscious aspect, their performance will not be truthful. And truthful performances are what directors must strive for.

The unconscious facet of the actor contains the life experiences that frame the foundation of that actor. Life experiences affect and determine to some degree who we are and how we might behave in certain situations. And it is those life experiences that a trained actor can call upon to help create a character. When I produced the play, On the Waterfront, and was auditioning actors, Burt Young read the role of Johnny Friendly, the boss of the dock workers union who controlled the labor on the docks. In the film directed by Elia Kazan, Lee J. Cobb played the role; strong, threatening, loud and brash. Threat and the powerful unpredictability of the character for Cobb was couched in his brashness. When Burt Young read for me, his reading was understated, deliberate and quiet but with the same (if not more) threat and power that was called for in the role. Burt grew up Schreibmanin the tough New York neighborhood called Hells Kitchen and had to survive, and the conditions of survival in his neighborhood taught him to be threatening and powerful through understated deliberate behavior. Life experiences that mold us into who we are cannot be changed. When they are used, it is these life experiences that shade the actor and allows for one actor to approach a character from a different perspective than another doing the same role. Thus, Brian Dennehy’s performance as Willy Loman in Death of a Salesman (2000) is different than Dustin Hoffman’s Willy Loman in Death of a Salesman (1985). It is the skilled actor who is able to recognize those experiences and can isolate any aspect of them to breathe a soul into the foundation of the character they are portraying.

The subconscious facet of the actor is the underpinning of acting for the intimacy of the screen. An actor must always remember “that the closer the camera gets the more truth it tells”. Meaning, that a long shot of an actor will tell one truth, while a medium shot of the actor will tell more of the truth, and the close-up of the same actor will tell the audience even more of what the actor’s character is about. And if the closer the camera gets to the actor as in the close-up or the extreme close-up, even more truthful and honest the actor must be in his/her performance. And that honesty must come from the subconscious portion of the actor. This involves the actors’ instincts and emotions as they relate to momentary discovery which are true to the actor and, therefore, true to the character. When these emotions are played “at,” then, they are on the surface (conscious) of the performance. But if the emotion is experienced, the actor is allowing the emotion to “be”. And in order to do that, the actor must be in touch with his or her own emotions and allow them to interpret the details of the character through the discovery of each moment in a scene. It is the most difficult part of acting for the camera since the actor must allow himself/herself to be vulnerable in order for the camera to record that honesty. The subconscious portion of the actor allows the playing of such fleeting moments as embarrassment, passion, flirtation, shyness, disappointment, disgust, fear, surprise, etc. These impulse moments are often linked to other impulses and happen in sequence. And when the actor is in the moment and playing discovery, the sequence of emotions pulls the audience into the story.

Directing movies, unlike theater, television soap operas or television situation comedies, involves taking the actor’s performances out of the continuity context of the whole text and requires the actor to focus on one small portion of the text (and in some instances) for many hours at a time because of the complicated camera coverage process that is single camera narrative. It is always out of sequence of the story, and therefore, the actor must discover the micro moments of the emotions as it is unfolding for each of the individual shots. Words (dialogue) in a scene are the results of impulses happening to the character; and if the actor is in the moment and is working from that portion of his subconscious self that is expressing honest emotions which motivate the moment, then the actor will be playing discovery each and every time the camera is rolling. Thus, the actor must use that subconscious aspect of who he/she is and use their own impulses for the character. They must use their own honest emotions and in order to do that, they must be in touch with who they are and how those emotions manifest themselves. In that way, when the dialogue indicates that manifestation, the actor is comfortable in showing it. Honest moments are always developed when the actor works from the moment of discovery. When actors are not in touch with their emotions, both internally and physically, then the impulses that would motivate the words (dialogue) are played “at” by the actor. The camera does not record the truth. So in understanding actors you must always look for the truth in their performances because the closer the camera gets to the actor, the more truth the actor needs to tell.

Myrl A. Schreibman is a Producer/Director, professor at UCLA Film School, and author of the book, “The Film Director Prepares, A Practical Guide for Directing Film and Television.”