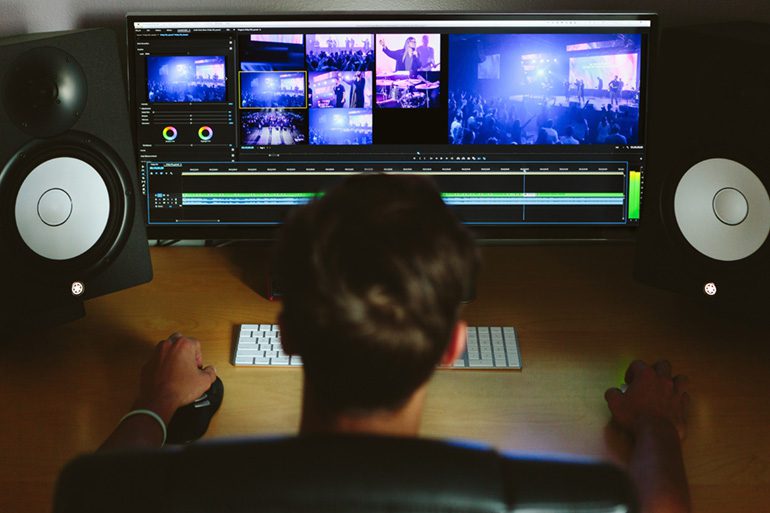 “Most importantly, have a clear point-of-view.”
~Pietro Scalia, ACE

“Learn how to collaborate. Most filmmaking is not a solo endeavor. The best films I have ever worked on required creative input from a group of talented people.”
~Mike Sale, ACE

“Notes. Make sure you understand the intention of the notes you get. During the editing process – director’s cut, producer’s cut, network or studio cut – a lot of people will be asking you to make changes. Their notes will range from very specific – trim that shot – to very broad – pace up that scene. Before you start, be sure you fully understand the intention of the note. Sometimes a note may have been given to solve a problem the note-giver perceives but the solution may involve more than the specific note.”
~Sidney Wolinsky ACE

“When making your editors cut, follow your gut. Don’t belabor it – if it’s working for you and for story and performance, move on.”
~Janet Weinberg, ACE

“You need to learn about color correction, and it’s not a brightness/contrast, hue saturation kind of a thing. You’re going to start with levels and understanding gamma and move on from there. More editors are becoming responsible for at least some amount of color correction. That’s probably the most important skill an editor can add to his or her skill set. Learn as much as you can and keep learning about it because it’s a nearly endless topic that is much deeper than most people would ever guess.”
~ Tim Kolb

“Be ambidextrous. Know more than one editing system. I don’t always get a say on what system I’m using, and often I’m not the first editor on, and the decision has been made for me.”
~Heidi Scharfe, ACE

“Willingness to collaborate is very important. Even if you disagree or don’t share the same tastes with whom you’re working, I believe there is always something to learn when you truly collaborate.”
~Deborah Moran, ACE

“Meet as many working editors and assistant editors as you can and make connections.”
~Nancy Morrison, ACE