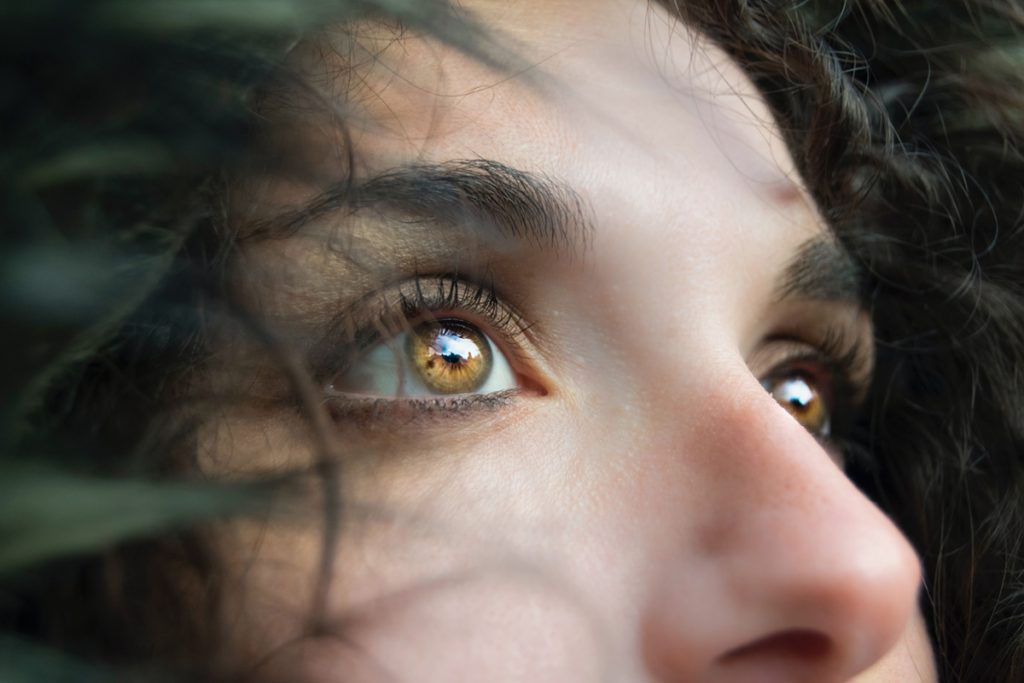 During a blocking rehearsal, marks are laid (that’s the job of the second) to indicate the places on the set where the actors will be stopping and standing during a scene. The first assistant measures the distance from the focal plane (on the camera) to each actor’s position using a cloth or fiberglass tape. The first makes notes or memorizes the distances that will need to be set when the scene is shot. The director calls “Action,” and the first, using the geared knob attached to the barrel of the lens, adjusts the focus to whatever distance the actor is from the camera as the scene proceeds. Voila!

Well, not so fast, my friend. The first thing that can go wrong is that actors often don’t hit their marks; or they lean; or they move suddenly. You need to have a really good mental measuring tape in your head. You have to react to errors by actors and to erratic moves and to moves that were never rehearsed. You have to know which of several actors in the scene is most important and make sure you keep the focus on them. You have to try to keep several actors in a shot in acceptable focus all the time—even though this is impossible, according to the laws of physics.

All this time, you are standing next to the camera, eyes at the film plane (the precise place where the film is when it’s exposed). One eye is on the actor, one eye is on the lens. This leaves no eyes to look at the video monitor, so forget it. It’s just a distraction anyway. It’s also tough to see the scene and the lens unless you’re walleyed. We all develop routines to deal with it. (I look at the corner of the matte box, so the actor is in my left peripheral vision and the lens markings are in my right. It’s tricky.) You may have gotten the idea by now that the job of focusing is a hard job that takes a long time to learn.

Yes. The first time on a set, I couldn’t believe regular human beings did this job: without looking through the viewfinder! And that’s just as well because if you tried to focus through the viewfinder or by using a monitor you’d always be lagging behind the movement of the actor. If you “follow” focus you’re late, out of focus, and fired. So you must be with the actor. And after some time focusing—a year or so—there is a point when you will have entered the zone, a zone in which you, the assistant, react reflexively to the situation; you learn the actors’ “tells” so you know when to anticipate their moves. As I progressed in the job, I began to think that I didn’t do focus; I was focus. It’s like a Zen practice. Read Zen and the Art of Archery to expose yourself to the method and philosophy. Yes, we’re shooting movies, not arrows, but the same concepts are applicable. They both deal with very narrow limits of error, being on target, being focused. No pun intended.

Baby steps and incessant practice will make you a good focus puller. Wherever you are try to guess distances to people or objects that you see. Carry a tape measure with you (for this, use a steel one), and see how close you can come to actual distances. Let’s say you feel a little weird doing that in public. Instead, go in your back yard with a friend, toss some rocks, then guess the distance from you to the rocks. Use your tape to measure the actual distances and compare them to what you guessed. After a lot of wrong guesses you’ll start to get a feel for what these distances will look like to you, and you’ll develop an instinctive accuracy. When you get really good at it you can amuse your friends and win some bets by showing off your ability to accurately guess distances just by looking.

Back on the set. There are some strategies you can use to help you with focus. Measure out ten feet, and memorize where that is on the set. This is an indispensable benchmark. It’s good to know what five feet looks like, too. Always focus on the actor’s eyes. Even if nothing else is in focus, this will look good. Always focus on #1. That’s the first person listed on the call sheet, who will always be the star. When you’re shooting in a place with any regular divisions (tile, sidewalk spaces), measure the length of one division and use it to calculate the rough distance between you and the subject. When shooting in a room, measure the distances to furniture. Even when the actors miss their marks, you’ll have a pretty good idea of where they are.

Remember that your arm span equals your height. If you’re 5’10” to 6’2”, you can figure your span is six feet. So nose to fingertips is one yard. When you measure to actors, use a cloth tape. (A metal tape can get out of control and hurt people. You use a metal tape only when you can’t leave the camera; for example, when you’re on a crane twelve feet in the air.) Write the measurement down on a piece of camera tape or a sticky note you’ve put on your tape measure. When you get back to the camera, put the note on your matte box as a reference.

Beware of getting more than three reference points for a shot. Too many measurements will confuse you. And you won’t be looking at these notes during shooting; they’re for reference. Writing them down tends to make them stick in your memory. Remember, if you’re shooting from the air, distances look different from the way they look on the ground. Measure more often and more carefully. On a crane or a platform (we call it a parallel), you can use a metal tape or, better, give your assistant the dumb end of the tape and have him take it out to the point to be measured. If you’re flying, you’re so high that pretty much everything is at infinity. Or ask your operator for eye focuses.

When you’re on a long lens, it’s tough; have your second go out with a slate and stand next to landmarks. Get a visual focus through the lens at each point. Number them. During the shot, have your assistant call off to you when the subject passes the landmarks you have measured. To get an eye focus, have your second stand next to the actor or on the actor’s mark. Have him hold up the slate at exactly the plane of the eyes. Focus on the printed lines on the slate (they’re sharp and contrasty and easy to read). Backlight the slate, if you can, so you can see the lines more clearly. You’ll figure out more tricks as you work. But the most important thing is to do a lot—either focus on the set or practice judging distance. As unlikely as it may seem, you too will eventually “be focus.”

Jack Anderson is a thirty-year Hollywood veteran. He was DP for “Always Say Goodbye,” first-prize winner at the First Hollywood Film Festival. He did second-unit DP on “Hook,” “Noises Off,” and “Mad About You.” Short films he shot won prizes at the Los Angeles Short Film Festival, Waterfront Film Festival (Muskegon), and Fort Lauderdale International Film Festival. His new book, “Shooting Movies Without Shooting Yourself in the Foot,” is published by Focal Press.

Discuss this topic in the Filmmakers Forums Community Online >>