A New Spin on Established Genres

Provocative Storytelling Beyond the Imaginable

The digital television revolution’s new wave of invigorating TV series has shaken up the traditional formulas of “safe” linear programming. A fresh crop of shows has ushered in some of the best and most provocative storytelling beyond the imaginable, blurring the lines of established genres: comedy and drama, hero and antihero, fantasy and reality. We are in the era of the dramedy, the existential detective, the limited anthology, the season-long procedural, the long con, dystopias, multiverses, magic realism, of nostalgia with a twist—and all underpinned by authenticity.

Foreshadowing the digital revolution, HBO and Showtime were first out of the gate, pushing the boundaries of storytelling and genre. What’s been unique about the experience of shows on the streaming networks is the binge view, their commitment to tantalizingly slow-burn plotting, a deeper dive into characterization, and the audience’s freedom to access every episode within a season in one sitting. For the first time in television history, serialized shows are tantamount to literary fiction. (In the instances of Bosch and The Man in the High Castle, we’re literally able to “watch” Michael Connelly’s and Philip K. Dick’s novels unfold). Netflix was the pioneer of the full season episode drop with Orange Is the New Black and more. Amazon Studios followed suit (full season drops, after their initial online “pilot season.”) Similarly, Sony Crackle is loyal to the full season episode drop. Hulu has positioned itself as committed to the weekly release format—which will also remain the release pattern at HBO and Showtime for the foreseeable future.

For Netflix, Amazon and Crackle, you can watch, say, the first season of Money Heist / La Casa de Papel on Netflix and “read” it, as if it’s a potboiler novel. You can pick it up and put it down at will, or devour the story and race to the conclusion in the manner of an irresistible page-turner about which you might declare: “I couldn’t put it down.” Literary comparisons aside, digital television, like its cousin, cinema, is still first and foremost a visual medium. We might get voiceover narration, and/or an interview/interrogation device within the saga, but the golden rule of great new TV is the old cinematic axiom: “show, don’t tell.”

Thereby we get the best of both worlds: absolutely riveting storytelling, iconic characters, smart, distinctive dialogue—plus cinematic mise-en-scène, subjective and/or objective point-of-view, and elliptical “narrative drive” in which directors and writers can “tell the story in the cut.” We are also lucky to enjoy some of the very best casting and acting of our times, with actor and role fused together as one, indelible in our collective minds for posterity.

This new wave of shows places an emphasis on their fresh approaches and perspectives. What was once tried and true on the broadcast networks has, for some viewers, become stale. Now we get something bold, daring, unflinching, unapologetic, controversial and surprising.

Excerpt from TV Outside the Box: Trailblazing in the Digital Television Revolution by Neil Landau, published by Routledge. 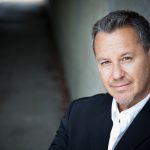 Neil Landau is a bestselling author, producer and award-winning screenwriter who runs the Writing for Television program in the UCLA Department of Film, Television and Digital Media (his alma mater). Credits include “Don’t Tell Mom the Babysitter’s Dead,” “Melrose Place,” “The Magnificent Seven,” “Doogie Howser, M.D.”, “The Secret World of Alex Mack”, “Twice in a Lifetime”, MTV’s “Undressed” and one-hour drama pilots for CBS, ABC, Freeform, Warner Bros., Disney, Lifetime and Fremantle. Neil has served as Executive Script Consultant for Sony Pictures Television and Columbia Pictures. Neil penned the bestselling, “101 Things I Learned in Film School”, “The Screenwriter’s Roadmap”, “The TV Showrunner’s Roadmap” and “TV Outside the Box: Trailblazing in the Digital Television Revolution”. www.theneillandau.com