Get Your Film Made
By Jared Isham

Getting your film made, for many, can be packed with fear and uncertainty. The obstacles, no matter how much experience you have, are great but the good news is that the bar to entry is getting lower. At this particular time in the history of filmmaking, the excuses as to why you haven’t made your film yet are getting rather slim…
[Subscribe to the Magazine]

When composer Andrew Edwards approached me in the spring to direct and shoot a music video for a track off his upcoming album, “The Center of the Sky” – an orchestral concept album inspired by the difficult time spent in southern Illinois during his mother’s final battle with Stage IV cancer – I was incredibly honored and humbled by the request and leapt at the opportunity…
[Subscribe to the Magazine]

Stressed out shooting live events? It doesn’t have to be this way (most of the time). I’ve spent many a night before a wedding shoot losing sleep over potential problems that might or might not happen. There are plenty of horror stories out there such as: camera not in record, batteries suddenly low, arriving late, etc. Most of these, if not all of them, could be prevented. While some of the solutions might seem obvious, it can’t hurt to refresh ourselves…
[Subscribe to the Magazine]

“Your magazine has some very high-end stuff, and it’s good people, and I’m really impressed. I think that the quality of writers is phenomenal. It might be over the heads of some of your readers, but for others, it is a good resource.”
~Ron Dexter, ASC

“It would have been wonderful if I had a magazine such as the StudentFilmmakers magazine available to me when I first started dreaming about becoming a cinematographer. It would have helped greatly to open up and help me understand the world of filmmaking and how to become part of it.”
~Andrew Laszlo, ASC

“I found the StudentFilmmakers Magazine content to be very relevant and helpful on the field. Your CONTENT is what makes people stay.”
~Alberto Faccon, Founder of Orange Cat Studios, New York 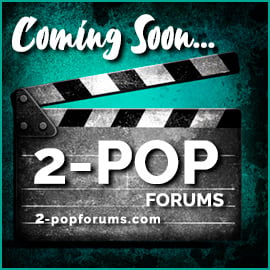