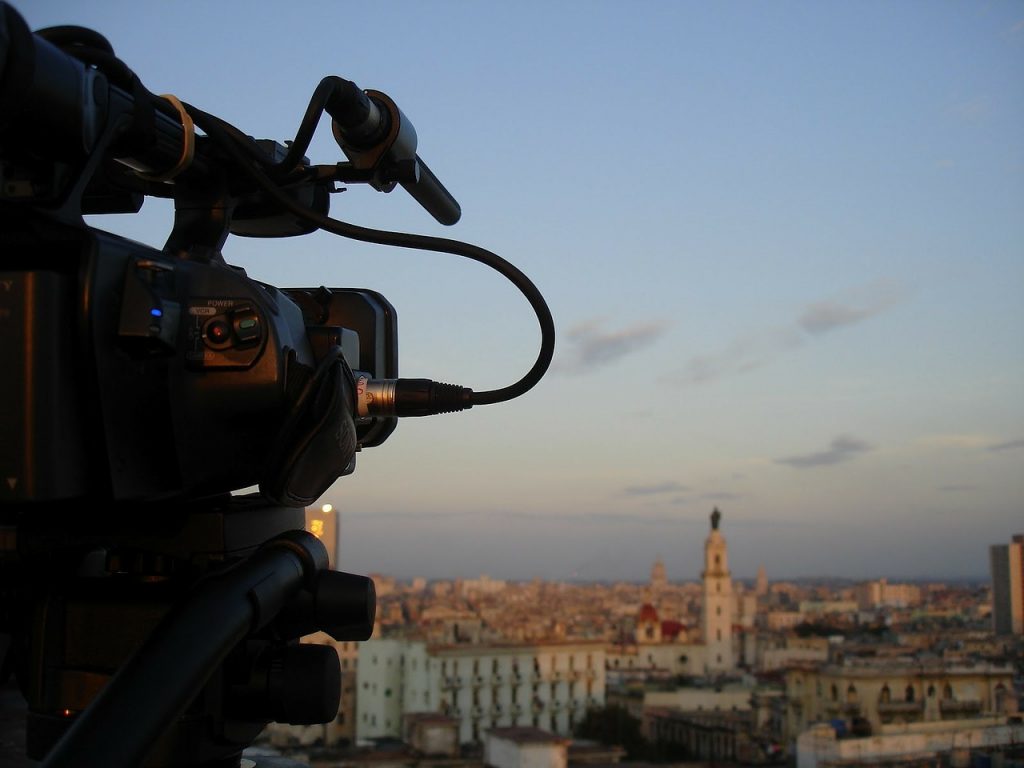 Get to the Point Fast, While Using Cultural Shorthand to Simplify the Message

Editing compelling short form pieces is in high demand now. This rise of the webisode, YouTube, and other online video portals is the ultimate culmination of MTV culture. Time is short, attention is hard to hold, distraction and competition are everywhere. Basically, get to the point fast, while using cultural shorthand to simplify the message.

What Is the Point, Key Emotion and Goal of the Piece?

This must be defined before anything else, or there is no point. The piece needs to have a point to make about an issue, a person or a brand. The whole idea is to say something significant and interesting people will want to stop and listen, especially if they disagree. The point need not be so serious, and often, juxtaposing the goal with an absurd question to support selling of that goal helps to define the irony or comedy.

Using the example of a fictional weight loss clinic, Thinimax, the point may be: “Hey Fatty, is your couch sagging and your love life lagging? Thinimax can get you buff and boned!” Here, we use an aggressively absurd approach to sell getting in shape with this company.

A point can be more subtle, Thinimax may decide the pitch this way: “Getting in shape is a gift you give to yourself, and your family. Thinimax is here to support you, day by day, pound by pound.”

Both evoke immediate emotional responses. The first – humor, shock, anger, or offense. The second – nurturing, safety, love, or hope. And in this statement, you’ve also stated the goal: to sell the viewer on the brand Thinimax.

Those are commercial examples. For short form documentary, the goal may be to highlight an issue or introduce a person to their audience: “Malaria causes X number of deaths worldwide, while millions have been collected for mosquito nets.” Here the goal is not directly stated, yet the viewer is left to ask the question, “Where has the money gone?” on their own.

A biographical piece may begin with something like, “The hills of Appalachia seem an unlikely place to breed pilots, with its rolling hills and deep poverty, but one family has been crop dusting, fire fighting and trick flying for over 40 years. The Winkles – mom Jane, dad Dick, with daughters Suzy and Sally, and son Wally – are all licensed pilots who run Winkle Air, a true blue grass institution.” In that statement, we’ve set the location while creating the tension between the juxtaposition of poverty and the expensive freedom of flight, we meet the interviewees and feel inspired by their range of talents and legacy of service.

Limit Yourself to Simplified Information

A 12-year-old must be able to fully understand what the piece is saying. If the language can’t be clear, direct, simple and to the point, attention will immediately fade. Here, the skill is in taking those large ideas and fifty cent words, and simplifying them down to the very basics of what a piece is saying about a topic, issue or brand.

What are the key things the viewer needs to know, and in what order? How can that information be condensed into 3 to 5 points? This is the road map, the frame, of the piece. Simple, easy to connect one point to the next, precise and relatable: Communicating a message well is more impressive than showing off intelligence or technical techniques.

We all use cultural shorthand, whether we realize it or not. Any time a popular person, place or thing is quoted as being similar to something, or a generalization is made about a situation based on our culture experience, that’s cultural shorthand. Symbols with national or international meanings make it easier to explain to a wider audience what the piece is about. Think of it as visual metaphor – borrowing meaning, using archetypes that many people recognize.

For sexy, we recognize the shorthand of full lips, big eyes, curves and cleavage. The shorthand way to illustrate that is with an image of Marilyn Monroe, who epitomizes a particular kind of sexy. Another way to relate that same sexy is to have a “Marilyn type” use a product suggestively while demonstrating its purpose: seductively eating yogurt, rolling around on furs, etc.

For power, we recognize sweat on muscles, chiseled features, aggressive behavior, and emotional remoteness. Steve McQueen might represent that image, but so may a galloping race horse, or a revving car.

Joseph Campbell was a leader in understanding the power of myth and archetype in storytelling within all cultures, particularly in his work, “The Power of Myth.” On the more immediate spectrum, Joel McHale on “The Soup” uses cultural shorthand in comedy to illustrated the absurdity of pop culture.

In short form documentary, using shorthand to liken the seriousness or impact of an issue by relating it to a similar, more universally recognized issue helps to quickly define the focus of the piece. Relating a local chemical spill to Three Mile Island immediately reminds viewers of the history – visual and factual – around a well-remembered disaster. Again, it is borrowing the cultural value of shared cultural information to make an immediate and dramatic impact.

In short form biographies, however, you will want to avoid cultural comparisons because they are hard to back up and will often be challenged.

You must have meaning before you write, shoot, or edit. You cannot freestyle good content with consistent results. It is necessary and fun to improvise within the framework of a piece’s structure, but without a map, it’s very easy to meander and waste tape. Knowing your meaning and goal before any action will speed up your production process and save you, your client and your crew time and frustration.

As a filmmaker, Melissa Ulto produces, directs, writes, shoots and edits documentaries and experimental films. Melissa has shot and edited over 400 pieces of webisode content for a variety of new .tv sites, including Broadway.tv. Melissa edited the film, The Art of Love & Struggle; served as DP for the documentary, Art & Apathy, on location in Israel; and edited the documentaries Death Before Dishonor, and The Mighty Humble Blueberry. The film, Mandatory Service, for which Melissa was the director of photography, won best short at the Tribeca Film Festival. www.multo.com