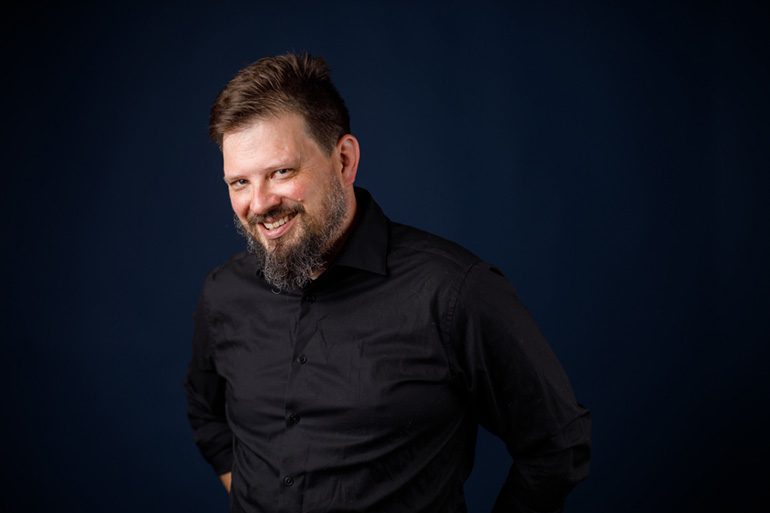 StudentFilmmakers Magazine: Can you describe a day in the life of a fight choreographer? What does that entail?

Kevin Inouye: It changes a lot. I think it’s worth mentioning the days not on set, since it’s easy to forget about prep time. Before we even get hired, there’s time hustling work, networking, and all the other business side of things we all have to do to get to the fun stuff.

There’s a lot of planning that has to go into choreography and fight coordination, especially since the best work for camera happens when the art, camera, stunt, and sometimes F/X departments all work together. There’s days when you’re going over scripts, storyboards and design sketches, breakdowns, and casting lists trying to figure out or research fighting styles for given characters or groups, what weapons they’ll be using, whether you’ll need rigging or effects or other specialty gags to deliver what the director wants. Then there’s time shooting previz or otherwise pitching your ideas to the directors.

There’s time training actors, or collaborating with doubles, or scouting locations, since the set dictates so much about how a fight goes down. On indie sets where I’m also providing weaponry, there’s also time spent finding, customizing, and creating the right prop versions – things like rubber doubles of weapons, or cut-off versions. Preparation is essential, even when you know things may well change on set. 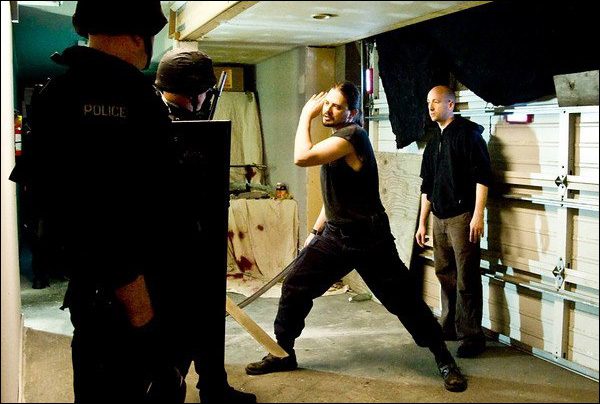 On set, as with most specialists, there’s a lot of ‘hurry up and wait’, and then a lot of pressure once you’re up.

The last time I was on a network TV set, as both sword master and a stunt performer for a brief fencing scene in Turn, we had a day to do fittings, come up with some choreography and get it approved, and rehearse a bit. This included training the other performer, who hadn’t done that particular style of sword fight before (small sword).

On the day of the shoot, I think we were on the call sheet for a 10am start to our scene. Call time was probably 7am or so. They didn’t shoot our part until around 10pm – so there’s a lot of time stretching, rehearsing if you have a place to do so, making sure the moves are in your muscle memory and you and your partner are ready to rock at a moment’s notice. I think we had one or two camera rehearsals and then two or three takes – probably less than a half hour of time in front of the camera.

Sometimes I have plenty of choreography worked out in advance, but we just don’t have enough time to shoot everything we prepared, so it’s an exercise in prioritizing and editing out pieces while keeping the through-line. Sometimes I’ve had to completely change things, when they suddenly have more or less characters involved, or people are re-cast, or the location changes. I love it when I’m able to bring in people I know, especially if we can prep some ideas in advance, but that’s not always an option. Sometimes we’re doing larger group fights with background players, and it’s a long day of problem-solving, improvising, and discovery as you work with a never-ending stream of strangers with widely varying skill levels. 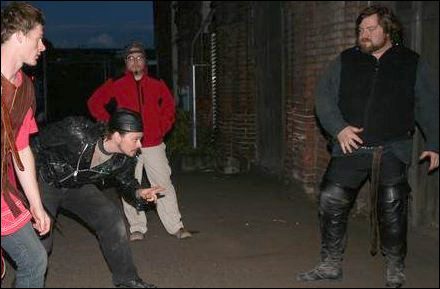 StudentFilmmakers Magazine: Can you tell us about a fight you’re most proud of choreographing?

Kevin Inouye: My next one! Honestly, there are so many projects where I know I could have done better if… If we’d had more than a half hour to shoot the fight. If we’d had trained stunt performers instead of Kickstarter backers being rewarded with parts. If we’d had time to choreograph on location. I know those excuses are just part of the job, but it makes it harder to be proud of my work knowing it could always have been better. 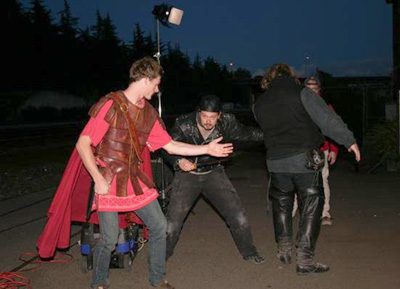 To date, the work I’m most proud of choreographing has actually been some of the live theatrical shows I worked on, because they’ve usually given me more time to work with the performers. There was a Macbeth I’m particularly fond of – two physically talented but different performers. Our Macbeth was lean and fast and fierce, and our Macduff – I nicknamed Macbuff – he used to play a lot of Rugby, and he did the final fight with his shirt off. It was in a very tight space – 10-foot-wide, runway-style stage with audience on both sides, and scaffolding – and became a very physical fight. Macduff ended by picking Macbeth up in the air, upside-down but essentially in a headlock, and slamming him into a platform multiple times to break his neck. Safely, of course. Fun stuff. 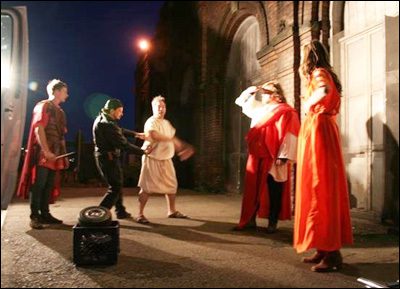 My screen work, mostly it’s just little moments I’m really happy with, where I can watch a gag I planned and be like, “Hey, that worked really well!” There are a few of those moments in CA$H, a few in some book trailers I worked on… Even stuff just in silly little shorts I did. Ohio-local stuntman E. Ray Goodwin and I threw together a one minute one-take sword fight last year, and that was a blast to do.

Kevin Inouye: Every problem is different. The least satisfying to solve are equipment problems, blank guns jamming, etc., but sometimes technical gags can be interesting to figure out. On CA$H, the director, Sam Akina, wanted a moment where the protagonist jams a shotgun barrel through a bad guy, picks him up, and walks forward using him as a shield and firing through him while he twitched. I had fun figuring out that one, but sadly it didn’t quite work out on the day. The actor was holding the cut-off airsoft shotgun body at a different angle than the piece of barrel I’d rigged up to stick out the other end of our ‘body’, so it looked comically like the barrel was bent. That shot got cut from the final edit, although in at least one version it was in some post-credit cut scenes. That might have been the most challenging, since I failed; making it dependent on me setting off the charges in the barrel from one side meant I couldn’t watch from behind the camera and make sure the gag worked. Lesson learned.

I’ve also had actors who were just really uncomfortable with violence. I’m used to talent that are models, or amateurs, or just old, but I worked one SAG short with a performer who was flown in from NYC because they wanted “professional talent” for their short about a stabbing. The talent was totally uncomfortable with blunt prop knives coming anywhere near them, so what in the script was a grappling over the weapon became more of an arms-length flailing with a jacket, and most stuff happening just outside of frame. It wasn’t how I’d hoped to do the bit, but ultimately it doesn’t matter what cool ideas you have in your head if they don’t work for the people and other resources you have on set.

Common challenges you might not think of when picturing the job include coaching performers, negotiating with directors or ADs and DPs so you can get the angle right for non-contact hits, or begging for one more take so your performers can fix something. 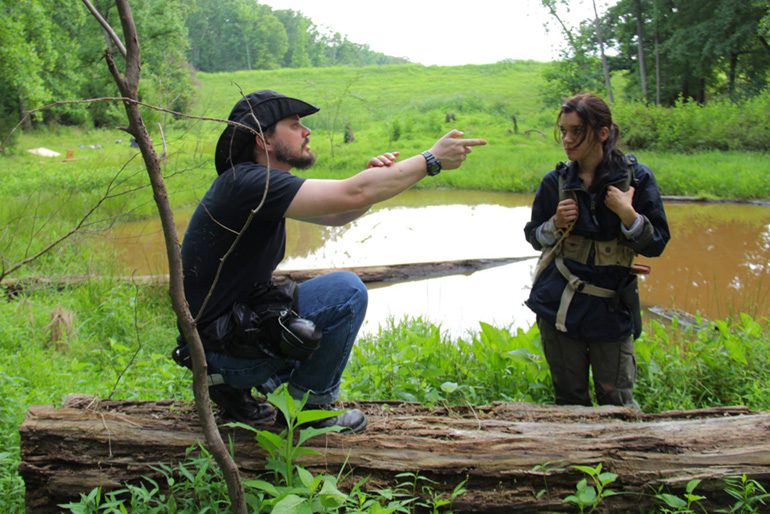 StudentFilmmakers Magazine: If you could share your Top 3 Tips for actor safety, what would they be?

Tip #1: Choreograph and rehearse! Violence should not be ad-libbed on set… Or if it needs to be, at least give it structure. Like a pattern background people can repeat until they hear cut.

Tip #2: Safe gear! I don’t care how low your budget is, you still shouldn’t be running with sharp blades, wrestling over a loaded blank gun, or have live ammo anywhere on set. Find ways to use mats or pads, do prop swaps between shots or off frame for rubber doubles whenever you can, and have backup options so you’re always working with safe tools.

Tip #3: Communicate! Sometimes that means speaking up for yourself or for others if something feels off. Consent is always a tricky thing to maneuver when there’s a hierarchy of power dynamics like on a professional film set, but don’t let anyone get pressured into doing something unsafe. Speak up for yourself, and look out for each other. 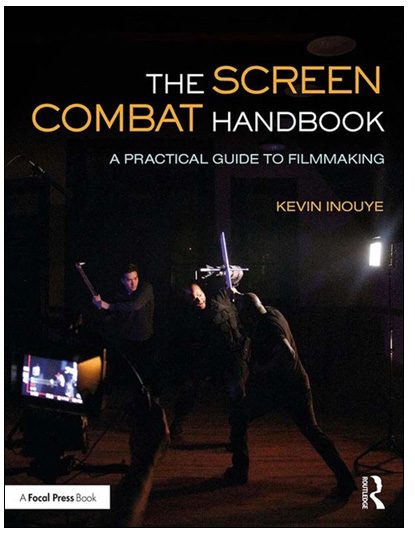 “Fight Director and Action Designer Kevin Inouye provides an excellent resource for the filmmaker wishing to become more intimately knowledgeable on capturing action on set and treating it in post-production. Likewise, the aspiring stunt-performer or actor looking to explore stunting for will find the book rich with practical advice in advance of that first call to set.”
~Dr. Michael Hill-Kirkland, SAFD Certified Teacher and Professional Fight Director

The Screen Combat Handbook is an essential guide to navigating the unique challenges of putting combat on screen. Explore the process from the early stages of preproduction planning all the way through to editing and sound design, and everything in-between.

It provides an invaluable resource for all those involved including directors, fight coordinators, actors and stunt players, and any filmmaker attempting to shoot an exciting action scene safely. Whether working on a no-budget indie production or on a professional set, this is your ultimate guide to screen combat and fight choreography.

Order your copy of the book, The Screen Combat Handbook, at the StudentFilmmakers Online Store >>