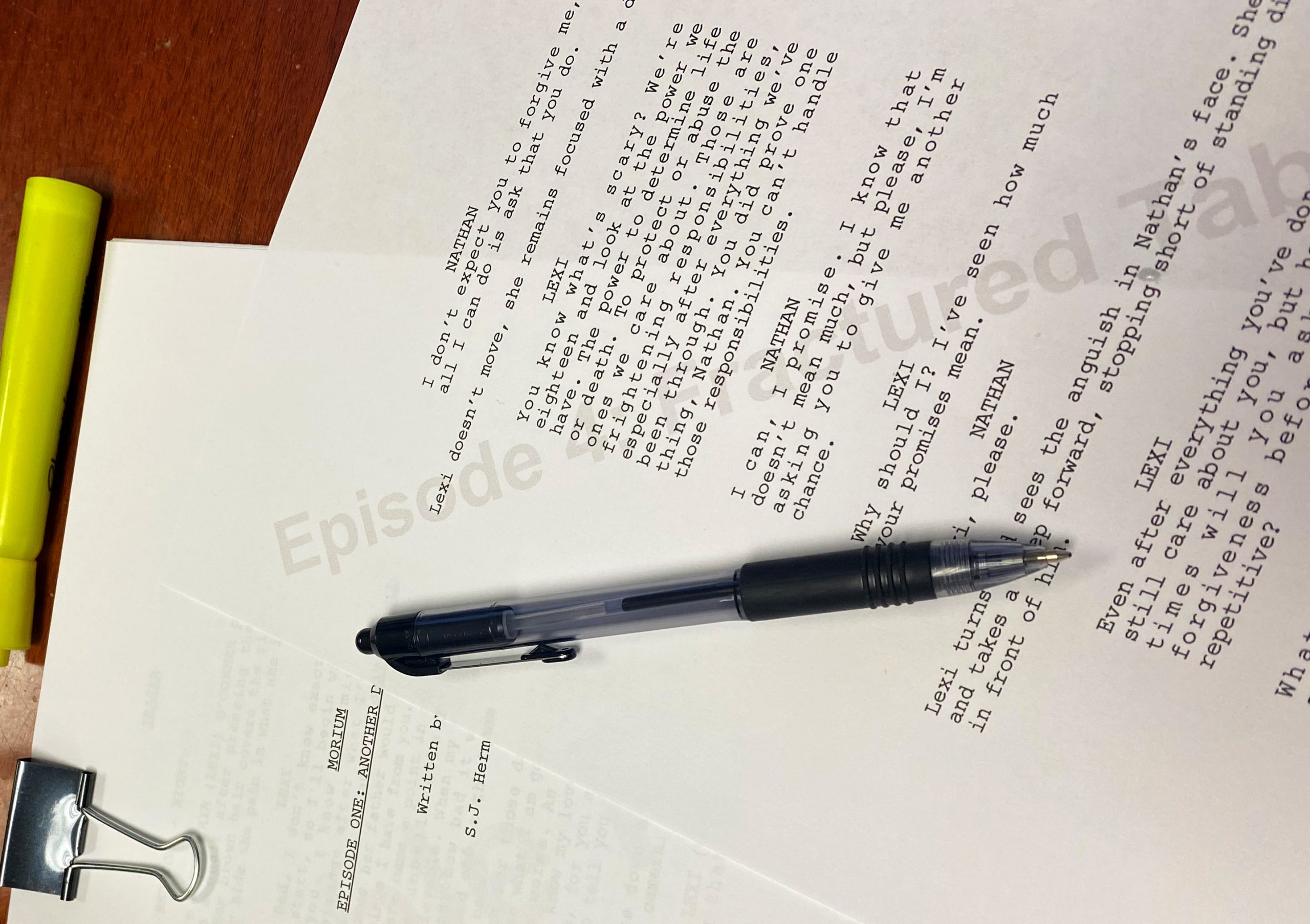 StudentFilmmakers.com catches up with S.J. Hermann, a member of the Filmmakers Global Network Online, to ask about his new project and upcoming directorial debut. 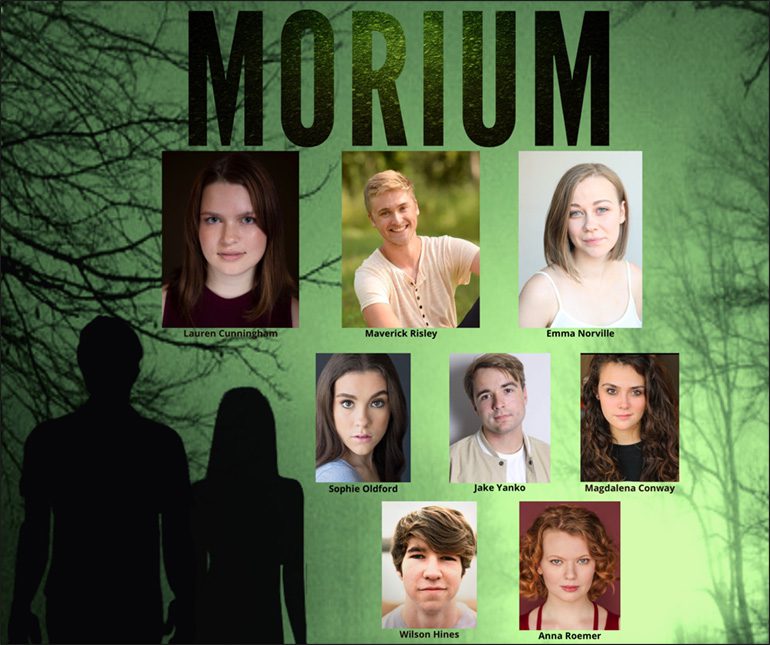 (Pictured above: The main cast of “Morium: The Film Series”.) 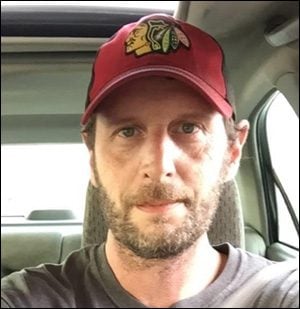 StudentFilmmakers Magazine: Can you share with us your insights into writing supernatural fiction, and the possible advantages that the supernatural genre can have as a storytelling mechanism, vehicle, or tool?

S.J. Hermann: Writing supernatural allows your mind to run amok with the wildest things you can imagine. It doesn’t hold you to the boundaries of real life and opens your mind to be as creative as you want to be. It can be a powerful tool for storytelling. At its core, “Morium” is not about the supernatural, but about bullying and the psychological effects it has on teens. The supernatural aspect adds a layer of questioning of what one would do if they had the power to strike back. 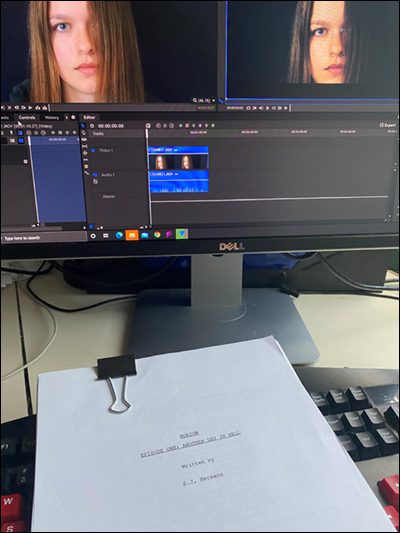 StudentFilmmakers Magazine: Is your new project, “Morium: The Film Series,” related to your first book released in 2014, also titled, “Morium”? Can you share with us some of the “good, bad, and ugly” that comes with adapting your book into film scripts for your film series? What are some examples?

S.J. Hermann: Yes it is. It is based on a trilogy of books that ended in 2017. I guess I would say that knowing the source material is a huge help [smiles]. The joys would have to be finding the right actors and actresses to fill the roles of the characters that I’ve known for almost four years. Seeing them come to life is an emotion that is very hard to describe and outweighs the bad and the ugly. That being said, deciding what should be left out from the books for the films is a challenge all in itself. There were several scenes from the books that needed to be eliminated, mostly for budget constraints, or revised while still keeping the overall message. A prime example are dream sequences. The Morium Trilogy has its share of horrific dream sequences. While they work in the books, they wouldn’t translate very well to film and would bog the story down and leave the viewers with the, “Oh geez, not another dream sequence,” mentality. “Tell, don’t show,” is the banter for authors. For screenplay writers it’s, “Show, don’t tell,” so it can be difficult to separate the two when you’re used to writing one way. The hardest part of it all would have to be condensing three books, which would total about 10+ hours of film time, down to 6 or 7. 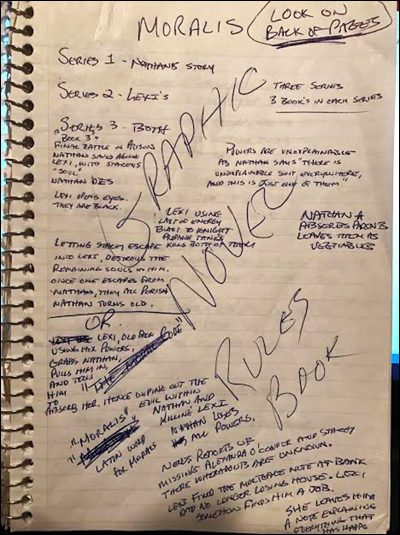 StudentFilmmakers Magazine: If you could share your Top 3 Tips on Writing Supernatural Fiction, what would they be?

Tip #1.  Be as creative and imaginative as you want.

Tip #2.  There are no roadblocks telling you that what you’re writing can’t possibly happen in the real world. Open your mind.

Tip #3.  The most important tip of them all. Enjoy writing. I always say, you’re not only the writer, but also the actors, director, props, set design, and everything else that comes with film productions, except it’s all in your mind.

StudentFilmmakers Magazine: If you could share your Top 3 Tips on How to Adapt a Book into a Screenplay, what would they be?

Tip #3.  This goes back to number one. Be prepared to adapt certain parts to fit your budget.

S.J. Hermann‘s fascination with the supernatural and horror began when he read, “The Stand” by Stephen King. From that point on, King’ s work has been the inspiration for his own books.
His genre of choice is horror and supernatural which allows his mind to create stories not only to make you think, but also to terrify you.

His first book, “Morium”, was released in the fall of 2014 to much praise. Runner up in the 2015 Books Go Social, Best Self-Published book, it tackles the tough subject of bullying and has been described as, “CARRIE” on steroids. The Morium trilogy concluded in 2017.

Since “Morium”, S.J. has written, “Trepidity”, a short story based off eighties slasher movies; the emotional and highly praised, “Stranded”; and “Perfect Soul”, a story based on faith and beliefs.

S.J. is a self-taught filmmaker and has adapted “Morium” into a series of short films for his directing debut. Filming for crowdfunding begins in October. This will be S.J.’s first time behind the camera.

When S.J. is not busy plotting and writing his next book, he enjoys visiting his local theme park and watching horror movies. 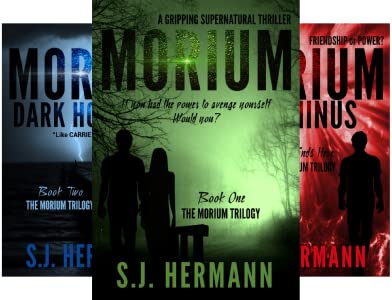