Pop Up “Ministry Of Silly Walks” By Bart Weiss 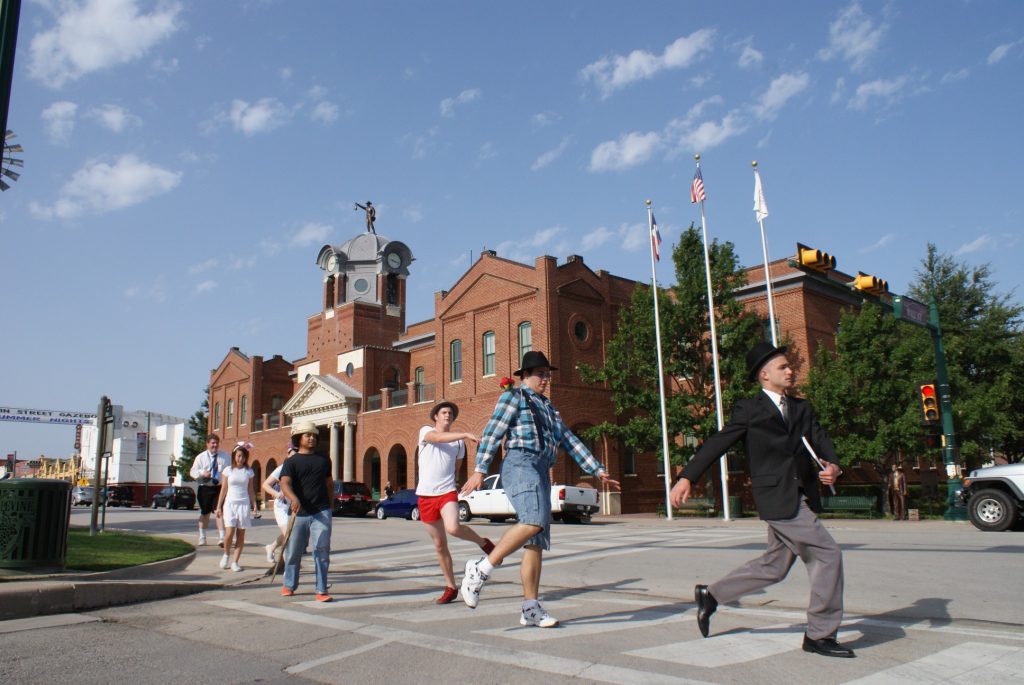 For those of you who missed the screening of the Frame of Mind episode with Norm Hitzges last week at the Alamo, you are in luck. It will air on KERA this Thursday night at 10 PM. Even if you are not a sports fan, you will love his storytelling. I can’t believe there are only two weeks left in this season.

We have been working hard on the Kovac’s award this year with John Cleese. Tickets are limited and selling briskly. Also, you may want to put your hat into the Silly Walk Contest.

Television is changing with MaxTv Plus and other services. Everyone is going for that monthly service fee.  I have the new Apple TV service because it came with my new phone, but I have yet to watch anything on it. There is so much TV, who has time to watch it all? The problem is we have too many TV choices and not enough focus to decide what to see. This is the role we play as a festival. Hopefully, you like the selections we curate, instead of giving you access to everything available.

Boy, we have come a long way since three channels of TV or the Blockbuster Store experience.  It seems like there is always this sense that I should be watching something, but I just don’t know it. When I look at a new series, I wonder if it’s worth my time to get involved with this character’s life. This week I finally caught up with Chernobyl, the limited series on HBO, which is very powerful and it made me think about what the long-term effects of Trumpism will be.

I just don’t know what is going to happen exactly, except that there will be some really great work, lots of mediocre work, some people will make lots of money and many will invest so much they will not be able to make it back. Meanwhile, we really hope that the theatrical experience stays alive and people keep going to see films in theaters, with audiences.

As far as I know, there are no festivals going on this week, but The Texas Theater is continuing the Chris Vognar Politics and Power series. This Wednesday we have a double shot. Errol Morris’ American Dharma at 9:30 but before that, you can see 12 O’Clock High, which is referred to in the Morris’ film, so get there at 7:00 and see both. On Saturday afternoon at 2:30, they screen another film in the series, A Face in the Crowd. If you haven’t seen this film directed by Elia Kazan in 1957, it stars Andy Griffith as a guy who goes from jailhouse drunk to radio celeb to TV star with some political demagogy along the way. In these days, this film is a must-see.  There is one more film in the series on Sunday, The Candidate, a 1972 film about politics with Robert Redford and the great Peter Boyle.

Also, at The Texas Theater, they are showing Making Waves, a film about sound in film. I mentioned last week that it’s being shown on Tuesday and the producer is coming on Sunday the 24th.  On Wednesday they have a Depeche Mode concert film at 7 PM. On Friday, they are showing Baby Jane and if you saw Feud: Bette and Jane on HBO, you know that you have wanted to see this for a while. Oh, and lastly on Friday, November 22nd they will show War is Hell, the film that was showing when Lee Harvey Oswald was caught in The Texas Theatre.

The Depeche Mode film is also playing at the Angelika on Thursday night. The Alamo in Denton is showing A Face in the Crowd and the Tom Hanks’ film Beautiful Day in the Neighborhood. On Monday, in Las Colinas, they are showing Woodstock– all 3 hours, which is almost as long as the Irishman, but a lot less violent.

Have a great week
And what are you watching?