SYNOPSIS: Tal, is the leader of a movement that turned Israel into the world’s most vegan country in three years. Her life changes when she meets Tsvi, a neurotic, reclusive man who dreams of a vegan revolution. A visionary who uses Tal as his charismatic, operational extension. Violent events and arrests surprisingly bring them closer to the mainstream’s heart. But everything has a price and she alienates those closest to her. The film documents the crucial points in the evolution of the vegan movement in Israel between 2011-2014. 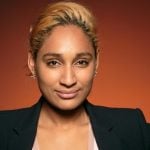 From film festivals to school video clubs, everything has become a virtual experience today as the entire world is facing