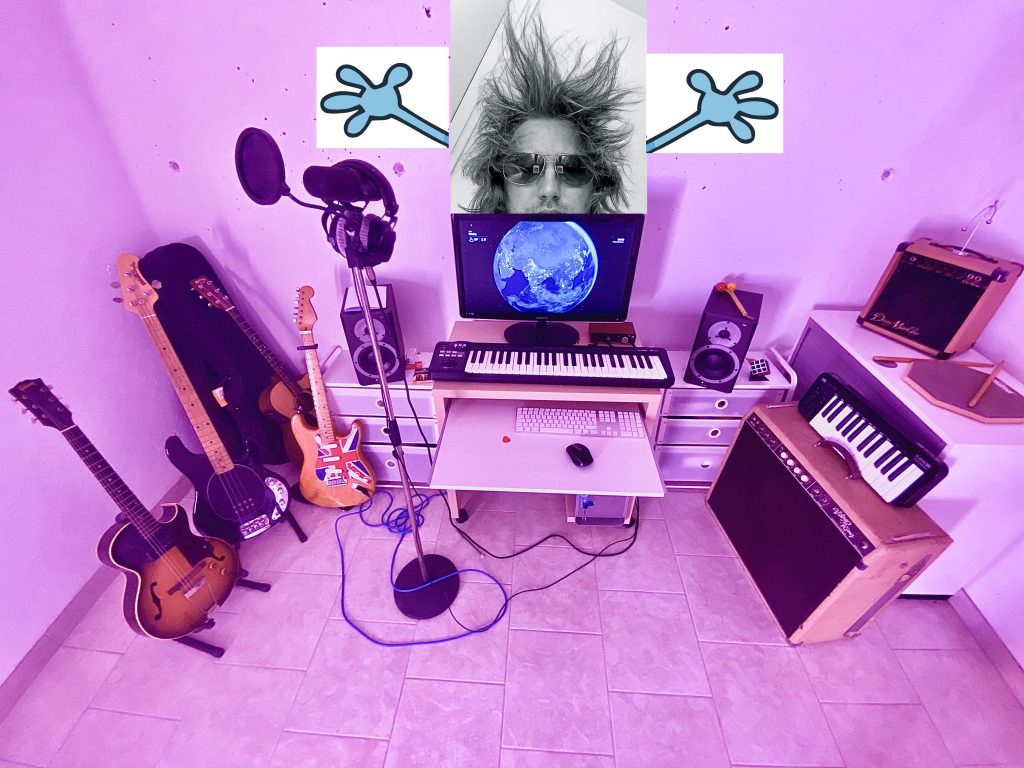 My name is Oliver, I’ve learned music and played for several years with a band from Manchester UK. After 6 years of touring Europe and Asia, I’ve decided to learn music composition and production and I worked at Mountain Studios in Montreux with David Richards. Three years later, I started writing and producing my own songs, I started singing just because I couldn’t find a singer. I’ve named my project, “Made In Mars”, because I never felt like I belonged here.

Oliver Moon: I literally learned how to play the guitar on stage. I was invited by a UK band to tour with them – they realized on stage that I couldn’t play. For the next 6 years, minimum 12 hours per day the stage became my classroom and eventually music my career. I was a professional musician for years as a live performer. Then I started to compose my own songs, finding a line on the piano, bass, or guitar and building up a story with that. There is always a story to every composition, simply put, there is always a movie playing in my head.

If you listen to my music, remember that I have absolutely no formal musical education nor any base of music theory, I can’t read or write notes, all of that is imaginary, so I guess now you get the “picture”.

Oliver Moon: I had the chance to work with one of the finest sound engineers in the world, producer, David Richards at the Mountain Studios in Montreux, Switzerland. I learnt a lot with him, the most important lesson being, you do not need a £1 million recording studio to make music, you just have to be creative. The technology of today is amazing, you can do a lot with not much.

Oliver Moon: I love practicing guitar, bass, or keyboard in front of the TV. I will switch off the sound and try to make an atmosphere with the images coming on or just following the music that’s already there. For me, in isolation music and imagery are just one thing, images take their power with sounds or music around them. Did you ever try to watch a horror movie or a very sad movie with the sound off?

Oliver Moon: I’ve made soundtracks and songs with the intention of integrating them into movies. I haven’t had any collaborations yet. On the artistic side, I would say composers are inspired by the body of work. Rather than trying to find a finished product, find a composer you connect with and let creativity take over.