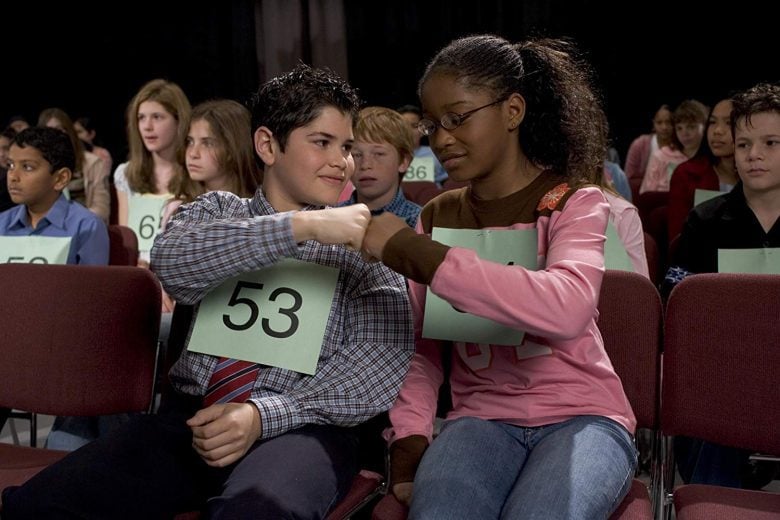 When to Move the Camera and Why

As a cinematographer, I have to incorporate the tastes of the particular director I’m working for when designing how a sequence will be shot. Some like to find as many opportunities as possible to move the camera; others would prefer to only move the camera at very key, specific moments. My own personal taste is somewhere in between. I dislike unmotivated, excessive movement, yet many of my favorite moments in cinematic history involve some sort of camera move, from the fast telephoto panning in Kurosawa’s movies to the endless traveling shots in Kubrick’s films.

There is a basic truth that camera movement tends to weaken composition and lighting, yet what it can add is energy, often justifying the loss of control over the first two elements. Of course, there are moments when an inappropriate movement can deflate a shot’s visual tension and become a distraction to the screen action.

Often on independent feature productions, there is an attempt to find ways of moving the camera because it is generally felt that camera moves – particularly slick ones on Steadicam, dollies, or cranes – add production value. This is an understandable desire to want to make one’s movie look bigger-budgeted than it really is. However, it doesn’t get around the fact that the movement must be there for some dramatic or logical reason; also, the movement shouldn’t cause a loss of production value by making the elements in the frame less controllable.

I’ll relate some personal experiences dealing with moving the camera.

I photographed two small studio features, Akeelah and the Bee (Lionsgate) and The Astronaut Farmer (Warner Bros.) Though the second one had twice the budget of the first, the first had twice as much camera movement.

On Akeelah and the Bee, the subject matter revolved around spelling bees. Doug Atchison, the director, had assured the studio he would make spelling bees look exciting by shooting them as if they were sporting events. In theory, this was a sound idea, but in practice, it was quite a challenge. The truth is the fast camera movements and editing during a sporting event is naturally motivated by the fast action going on in front of the cameras. In our case, we had someone standing still in front of a microphone spelling a word.

To crank up the tension and energy of these events, we tried every trick in the book on our limited budget and schedule: crane shots, fast dolly ins and outs, 360 degree dolly moves with zooming as well, whip pans, Steadicam moves, snap zooms, etc. All centered on this person standing still at a microphone. Therefore the movement wasn’t naturally motivated, but it was emotionally motivated to underscore the pressure these contestants were under. But it was a very risky approach in that it could become a bit like the forced humor that comes through the use of “funny” wide-angle lenses on close-ups. The energetic style probably worked the best when we were doing montage sequences because it created a musical quality that was well-suited for editing to music.

Because we were on a tight schedule, we storyboarded these spelling scenes very carefully so as to shoot only what we needed to make the editing work. Luckily, I could do much of the coverage under the stage lighting used for these events, allowing me on some days to do as many as 75 set-ups in under 12 hours of shooting.

Our work was complicated by the fact that our lead actress, who is in 90% of the movie, was a minor, and the child labor laws are strictly enforced by set teachers here in Los Angeles. There was no such thing as “grace” when it came to needing the actress for a second take if her time was up, so there are a number of ambitious shots in the movie which were the first (and only) take. The most memorable was probably the biggest shot in the movie. We had to establish the audience and TV cameras that faced Akeelah at the National Spelling Bee. The shot started on her eyes, zoomed out to a close-up, and then dollied 360 degrees around her as it zoomed out to show the 1000 audience extras plus 200 kids on stage behind her. When we got around to this shot, I was informed that our actress had to be gone for the day within fifteen minutes. Luckily, most of the stage and audience area (at the Hollywood Palladium) had been pre-lit to some extent, but we had to quickly build a camera platform that extended from the stage in order to place the circular track that surrounded the Akeelah standing at the microphone on the edge of the stage. The grips got that built in ten minutes, the lighting was finished, we put the camera up, and I zoomed in and got a quick eye focus, and then we shot the rehearsal, with all 1200 extras in the shot. And I believe that’s the shot in the movie, in the trailer, etc.

But the purpose of the shot was not just to be fancy. We had to establish first her apprehension by being tight on her eyes, then establish what she was up against by showing the crowds surrounding her, and then end back on her face. 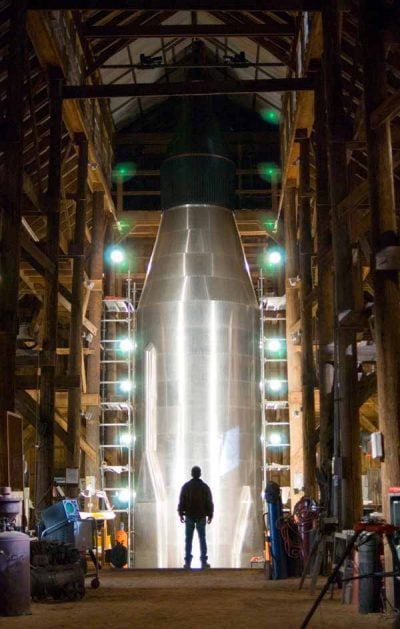 The Astronaut Farmer was made with a very different aesthetic approach. Set on a ranch in Texas (though shot in New Mexico) it has an Americana feeling of the Old West meets the Space Race. Our visual inspirations were Norman Rockwell paintings, western landscape paintings, and 1950’s NASA steel and chrome futurism. Our framing and lighting was designed to look “painterly,” and camera movements were designed to not interfere with that look. Therefore, the moves were very elegiac and lyrical when they occurred – slow, graceful, sometimes with a slight rise or fall. It was the minimalist aesthetic of a John Ford film.

One common mistake directors make when designing a camera move is beginning the scene on some unimportant but lyrical object, slowing moving past it and through the space, and finally landing on the beginning of the dramatic scene itself. The trouble with this sort of opening to a scene is the moment the movie runs long in the first cut, a shot like this will be the first thing to be eliminated. The editor will “cut to the chase” as they say. You want to design moving shots that are intrinsic to the scene and will probably not be deleted later. For example, a slow push-in on an actor’s face as they deliver the key piece of dialogue will probably survive any edit of the movie. Movements that follow important action or follow an actor as they cross the room and deliver important lines – these are likely to remain in the final cut. This is all to say that designing a sequence with camera movement to some extent requires that you think about how the scene will be edited.

Besides the dramatic justification of a camera movement (to heighten tension, move in tighter to see an emotional expression, etc.) and the logical reasons (to follow important action in the frame), there is a third, more technical use of camera movement, which is to enhance the three-dimensional qualities of a two-dimensional image. This can be in support of a story point – for example, to establish that someone is hanging from a ledge or cliff top with a long way to fall. Since true distances are hard to judge in a 2D image, a slight camera movement (like craning out while looking straight down) can create a perspective shift that makes the actual distance more clear.

But the point of a movement may also simply be to make the shot more immersive for the viewer, like in an action scene. It’s the type of shot I like to say has a “Cinerama effect”. In the first movie made in that special format, This is Cinerama, there was a famous sequence where a camera moves up and down the tracks of a rollercoaster, creating an immersive experience for the viewer. The immense widescreen color image on a giant curved screen began after a B&W prologue that only took up a small square in the center of the screen; this transition made the effect more powerful. Over the years, we have seen many variations of this Cinerama effect; for example, the movie The Road Warrior (Mad Max 2) opens with a B&W prologue but soon ends up on a low-angle, wide-angle POV shot from a car racing down the highway. And like This is Cinerama, the B&W image is square, but the color movie that follows is very widescreen. But a much more subtle version of this same “you are there” immersive effect is just when a camera with a wide-angle lens glides through a room, especially when it passes through constrictions like a small doorway before the space opens up wider. These sorts of shots can be valuable in firmly placing the viewer into the scene, rather than making them feel as if they were observing the scene from a distance. Of course, the larger the viewing image, assuming it has sufficient resolution and clarity, the stronger the immersive effect, which is why so many IMAX movies have the occasional super wide-angle moving shot, like from a helicopter.

But you can apply this understanding to much more typical situations; for example, a dolly into a close-up is more dimensional and dramatic when the change in perspective is enhanced by using wider-angle lenses. Conversely, a push-in on a long lens often does not feel much more different than a zoom-in because of the lack of a perspective shift as the camera moves (there are also the technical problems of getting the dolly to move smoothly enough to not look bouncy on a long lens, plus the difficultly in pulling focus). However, most people avoid shooting close-ups with wide-angle lenses because it can be distorting and unflattering. For this reason, medium focal lengths are most commonly used for shots where the camera dollies into a close-up, as a compromise between needing shorter focal lengths to enhance the movement, but longer focal lengths to be more flattering. Practically, this means when I’m shooting in standard 35mm, for example, I might shoot a normal close-up on a 75mm or 100mm lens, but if I have to dolly into a close-up, I’m more likely to switch to a 40mm or 50mm. This is just a guideline, of course – some directors love pushing in tight on a wide-angle lens, despite or because of the distortion it creates.

A final note is if you want professional-looking camera moves in your movie, hire a good dolly grip. That person will be a tremendous aid in pulling off these types of shots.

Just remember that like any other cinematic technique, camera movement is most effective when used with discretion – overuse will cause the emotional effect to be lost, just as when you overuse a close-up. 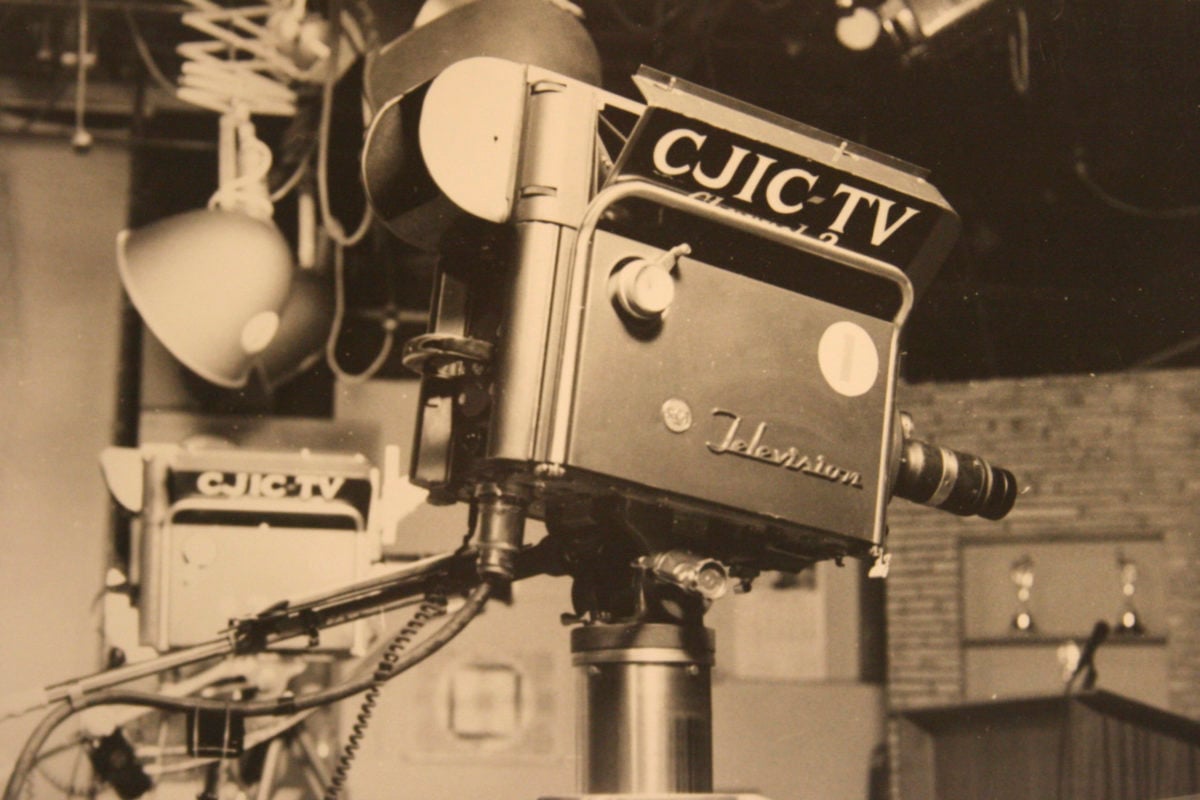 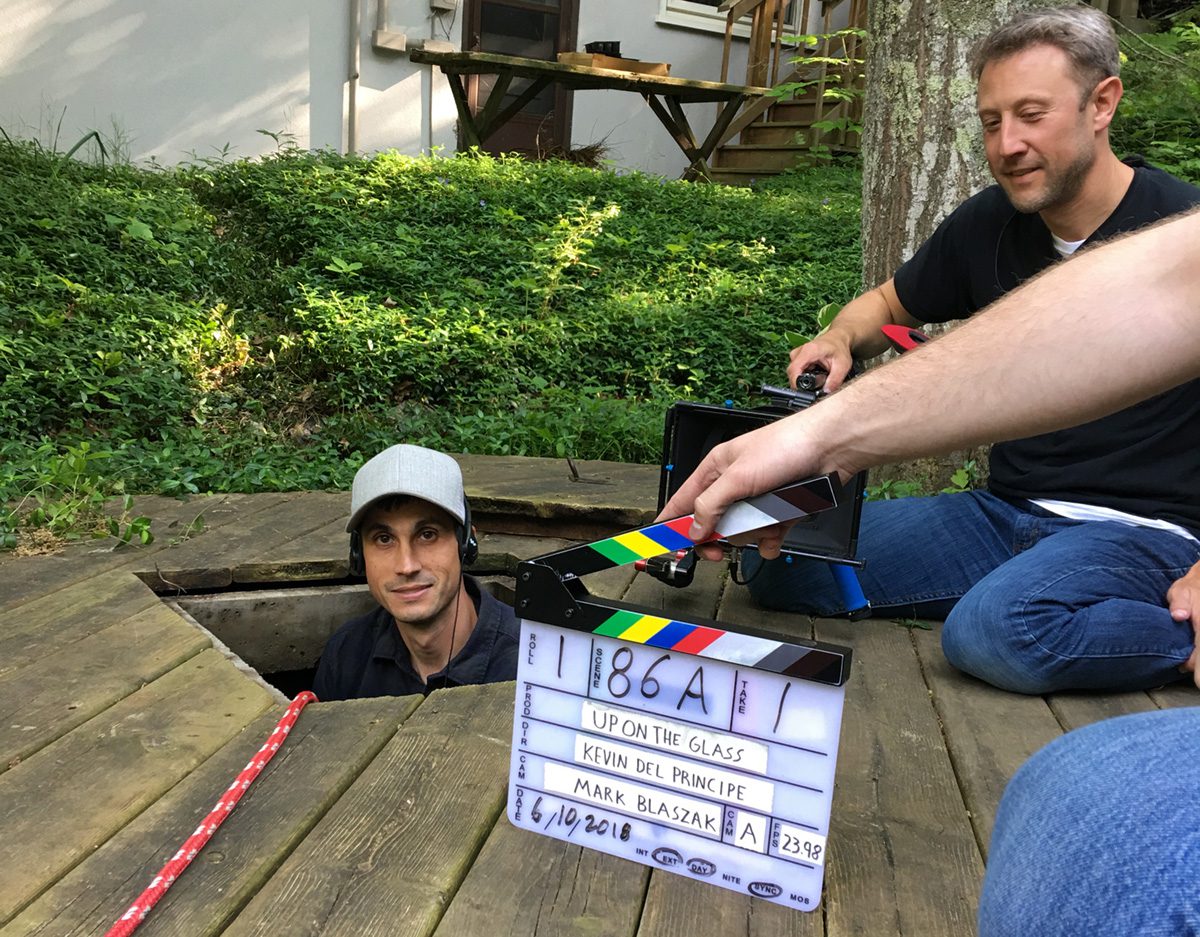