Not All Audio Connections Are Created Equal: Types Of Audio Signal Levels

If you’re like most filmmakers or videographers we’ve talked to, you’re probably willing to admit you don’t understand audio as well as you should. So it’s probably not a stretch to assume at some point in your career you tried to connect some audio equipment together and it didn’t work as expected. Maybe you got some noise, distortion, an unusably low level, or maybe it just didn’t work at all. Whatever the problem, the cause could have been a mismatch in audio connection types.

To avoid audio problems like this, or to troubleshoot them when they occur, it’s necessary to understand the differences between audio connections and signal types. In this multipart series of posts titled “Not All Audio Connections Are Created Equal,” we’ll cover the many different factors of audio connectivity. First up: audio signal levels.

There’s more that goes into properly connecting audio equipment than just matching the plugs to the right jacks. In fact, there are four different types of signals in the audio world that when mismatched can cause problems.

Microphone level or mic level is the voltage signal produced by a microphone (surprise) and is the weakest of all the audio signals. This is because of the nature of how microphones work; while there is some variation, in general they produce a very low voltage and always require a pre-amplifier to boost up the level before it is usable for recording or public address. After a microphone signal passes through a preamp, it becomes what’s called line level. Which brings us to our next signal type.

For the sake of being thorough, we should mention there is a different level for instruments. This sits between microphone level and line level, and still needs pre-amplification. The kinds of devices that use this signal type are things like electric guitars and keyboards; not something filmmakers typically have to worry about.

Before a loudspeaker can receive any of the aforementioned signal types, an amplifier is needed to boost the signal up to speaker level. This level is the hottest of all, with much higher voltages that should only be sent over specialized speaker cable. For the filmmaker, speaker connections are not often part of the sound production process so again, this is not something you’ll likely have to worry about. Just know about it and don’t ever try to do something silly like connect the output of an amplifier into your camera’s microphone input. That’s a bad idea!

So Why Does This Matter?

Gain structure; it’s one of the many things to consider when interconnecting audio equipment to ensure the best possible sound quality. Setting up a good gain structure will take advantage of the dynamic range and signal-to-noise ratio of each piece of equipment in the audio chain. Mismatching your signal types will lead to suboptimal gain structure. Consider the following examples.

What happens if you plug a microphone into a line level input? You’re going to get a very low level. The microphone signal is very weak and the line level input has no pre-amplifier (remember line level expects that the signal has already been boosted), so in this case the audio signal will barely come through. This usually leads an unwitting sound operator to conclude that either the microphone is not working, or prompts them to turn up the input gain significantly. Doing so might actually get the audio signal to show up on an audio meter or become audible in monitor headphones, but because the input gain is juiced, a lot of noise will be introduced, yielding poor quality audio.

What happens if you plug a line level output into a microphone input? One word: distortion. At the very least the signal will be extremely hot, giving you little control over the level. The sound operator could try to combat this by turning the input gain way down, and/or turning down the volume of the line level device, if such an adjustment is available. Doing so might even seem to work, but this setup actually demonstrates very poor gain structure and will not yield as clean of an audio signal as if the input and output signal types were matched.

Now you know the four audio signal types and you’re confident about matching them properly and creating a good gain structure. So is there anything else to be concerned about when connecting audio equipment? Indeed there is! Is your audio cable balanced or unbalanced? Is it sending a stereo or mono signal? Are you using some kind of audio adapter? Does the microphone you’re using need phantom power or a bias voltage in order to work?

We’ll elaborate on these questions in the next installment of this article series. 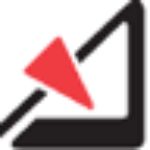 “There are many, many nouns for the act of looking – a glance, a glimpse, a peep – but there’s

“There are many, many nouns for the act of looking – a glance, a glimpse, a peep – but there’s