“There are many, many nouns for the act of looking – a glance, a glimpse, a peep – but there’s no noun for the act of listening. In general, we don’t think primarily about sound. So, I have a different perspective on the world; I can construct soundscapes that have an effect on people, but they don’t know why. It’s a sort of subterfuge. When you photograph something it’s a direct appeal to their most conscious sense and so they know that they’re being affected by what they see. Sound kind of sneaks in the side door.”

Now, see if this sounds familiar to you. Last weekend, my youngest daughter came to visit and after dinner, as usual, we sat down to watch a movie. She was adamant about watching something she was “really interested in,” so we turned on Netflix. A few minutes later, I looked over and saw that she was on her iPhone, which she would stay on for almost the entire film. She only looked up at the screen when something caught her ear, when she heard something interesting! I use this example as a reason why the experience of sound is so critically important to what we do as filmmakers.

It’s been said before, but it bears repeating. Your shots can be out of focus or manipulated in all kinds of visually disorienting ways, and the audience will go along with you, but the minute someone goes – “Huh? What did she say?” – they have now been taken out of your (hopefully) immersive film experience. And, that’s where my role as a Production Sound Mixer comes in, on the front lines of the filmmaking process.

There are three essential elements that make up all of the sound you might hear in a film or TV show.

Dialogue: Either production tracks captured on set, ADR (Automated Dialogue Replacement), also known as looping, where the original dialogue is replaced either due to problems on set, often because of noisy locations, or because a director may want a different vocal performance from an actor and “loop group”, where groups of actors record additional dialogue that may play off screen, or create background chatter, laughter, etc., to fill in background ambience.

Music: Pre-recorded source material, either a “live” performance or a piece that plays in a scene, for example, on a radio or TV, and original score composed for the show.

During filming, the Production Sound Mixer is the head of the location Sound Department, which includes the Boom Operator, hopefully a Sound Utility and maybe even a Music Playback Operator. Ultimately, I am responsible for mixing and recording all of the audio during filming, including any sound effects that may occur, and coordinating any music recorded live and/or played back on set.

For the most part, my priority is achieving a clean, clear and rich dialogue track, but don’t reduce that to just simply recording the actors’ words. What we are really doing is helping to tell the story by capturing the vocal part of an actor’s performance. I’ve always said there are two kinds of sound people – high school science nerds and frustrated musicians. Since I’ve always loved music, that works for me as a mixer because I approach recording the human voice as a musical instrument in its own right, with its own pitch, intensity, timbres and rhythms.

There are many possible paths ahead if you decide that sound is the place you want to be. On set, working in the Sound Dept. is different than working in any other. We’re in the middle of it all, especially with our ears tuned to multiple places at once, yet we’re also apart to some degree. Out of 100 or so crew members on set, there are only three of us that handle capturing the first step in what is arguably at least 50% of the cinematic experience.

For those of you who are hopefully considering working in sound, here’s a very brief breakdown of various Production and Post-Production positions.

Production (or Location) Sound Mixer: Head of the on set sound dept., ultimately responsible for the overall quality of the production tracks; works with the Boom Operator to decide choice and placement of microphones; gets hired directly by the director and producer, so having good relationships is important.

Boom Operator: The Mixer’s point person on set and in the line of fire; responsible for handling the boom mic while staying out of the shot and avoiding throwing shadows on the talent or set; also may handle placement of radio mics on talent and, most importantly, communicates all necessary information to the mixer, who is often unable to be close to set.

Utility/Cable Person: (Often a P.A. or intern on low-budget/non-union sets.) Responsible for setting up and making sure the equipment is up and running at the beginning of each day and for wrapping it at the end; handles placement of radio mics on talent, runs cables to various parts of the set; provides wireless headphones to the director, script person and other people; often is called into action as a 2nd Boom Op.

Music Playback Operator: Usually works in ProTools and is responsible for any music that needs to be played on set, usually for a filmed performance. They will set up speakers and handle wireless earbuds for actors to wear so they can lip sync to pre-recorded music without the music being played out loud in order to not contaminate any dialogue in a scene.

Supervising Sound Editor: Oversees the entire audio post-production process (may also be the Dialogue Editor); sits with the director and “spots” each reel for what may be needed in terms of replacement dialogue and added music and sound effects.

Re-Recording Mixer: Responsible for the final mix where all three elements (dialogue, music and effects) are wondrously and seamlessly woven together into the sonic fabric. Smoothes out all the levels, equalizes different voices and FX, and minimizes or eliminates unwanted sounds from the soundtrack.

Foley Artist: Creates and records sound FX that are human-generated (footsteps, clothing rustle, key jangles, etc.) or too time consuming to edit in one at a time, done on a Foley stage in sync to the projected picture.

Dialogue Editor: Edits and smoothes the production dialogue tracks from location; splits apart the different actors’ dialogue so that the re-recording mixer can treat (control level, equalize) each track separate during the final mix; often finds and/or combines words or parts of words from many different takes in order for the dialogue to sound seamless.

ADR (Looping) Editor/Mixer: Prepares the dialogue that is to be replaced during Post-Production; edits the replacement dialogue and smoothes out the differences between the production track and the ADR track so that the audience doesn’t know that it’s been replaced.

As with any position in the Film/TV world, in order to succeed you need: an excellent work ethic; an inordinate dedication to your craft; the desire to always learn and grow; and the ability to forge good working relationships, not only within your own department but with everyone else on set. This includes all of the various directors and producers you will cross paths with, and especially with our friends in Post-Production. Always try to see the big picture and provide them with all you can, doing your part in telling the story and adding your contribution to the soundscape of the show. 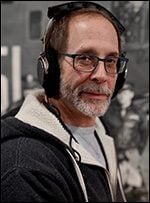 Emmy winner for Sound Mixing (Amazon) Prime Video’s hit comedy, “The Marvelous Mrs. Maisel,” Mathew Price, CAS, has been a New York-based Production Sound Mixer for over 30 years and has mixed too many films and TV shows to count. He received an additional Emmy nomination and won a Cinema Audio Society (CAS) Award for his work on “Mrs. Maisel,” as well as six Emmy nominations for the ground-breaking HBO series, “The Sopranos.”

By Bart Weiss   For the last several years, Blackmagic Design continues to be one of the first stops at

By Bart Weiss   For the last several years, Blackmagic Design continues to be one of the first stops at