If you’re like many of us and have stayed in isolation since mid-March, you’re probably more than antsy to return to class or get back on set. It’s safe to say we’ve all grown a bit stir crazy and of course need to make a living. I understand and share personally with you in those concerns but before diving back in without checking the temperature or the depth of the water, encourage you to slow your roll and think about what else you can offer to a production outside of your normal skill set or comfort zone.

As I reiterate in my book, “What You Don’t Learn in Film School, A Complete Guide to Independent Filmmaking” the most important thing you can do as you’re finding your way in the industry is broaden your horizon and learn every position on a set possible, so you not only become a commodity but can learn so much more about the craft of filmmaking. In turn, you’ll most likely find yourself working that much more. When I was getting started, I was fortunate to get a meeting with rock star producer, Neal Moritz, who is best known for the Fast & the Furious franchise. He was kind enough to give me some insight on the business and what he thought a producer’s role should be outside of raising money for a good script and attaching bankable talent. He encouraged me to absorb as much knowledge as I could and during our meeting, handed me a budget to a film he was producing and said, “To be the best producer you can, start by learning what every job in this budget does and what role they play in making a movie.”

I took Neal’s advice and used the ammunition he gave me. I created a resume and sent it to everyone I could who was working or involved in the industry, simply offering to volunteer if they weren’t hiring (as in work for free), at whatever position I could fill. I checked off every job I possibly could in that budget Neal gave me. I’d be darned if anyone could accuse me of not knowing what a specific job entailed, nor would I ever want to ask someone to do something I hadn’t already done myself at some point in my career. What that investment in myself afforded me was the ability to get hired – and often. I learned set design, assistant camera, swing, dolly grip, gaffer, and film loader back when that was a regular job. Heck, I even spent two years doing sound because I enjoyed it and was pretty good at it.

My point is, diversifying my talents allowed me to not only pay my bills but to make a living in the industry while waiting for my ship to come in. I wasn’t missing out by holding odd jobs working at pizza joints or throwing the LA Times. And now, more than ever with new COVID-19 rules put into place, sets are going to start scaling back on how many bodies are allowed to be there, and I think the more you can offer and bring to the table, the better your chances are of getting hired. Think about it; it’s more crucial now than ever to be able to wear several hats on a production which, in turn, because of the smaller crews allows you to become a stand out and hopefully a rock star in your own right so the folks above the line can really see what you’re made of.

In closing, be careful, trust your gut and no matter what, follow the guidelines you’re given in the workplace and in day-to-day life. Covid is not over until it’s really over, and remember, the more smart about this we are, the sooner we can all get back to normal. 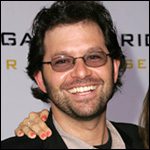 Multi Emmy Award-winning filmmaker and author Shane Stanley has enjoyed a career spanning almost five decades, which includes acting, editing, producing, writing and directing. With a #1 box office hit under his belt and several top-rated television shows to his credit, teaching the next generation of filmmakers how to have a long and prosperous future in the entertainment industry is what he finds most rewarding and considers his most essential work.  To read Shane’s latest book, please visit: www.whatyoudontlearninfilmschool.com