LARGO, Fla. — July 1, 2019 — Just Add Power (J+P), a leader in Ultra HD over IP video distribution, announced that its 3G+ 767DSS Dante® Enhanced Sound System transmitter earned the Best Audio Distribution Award in the Audio/Video category from Commercial Integrator at InfoComm 2019 in Orlando, Florida. The industry’s first solution to support the latest Dante eight-channel chipset, the 767DSS transmitter not only distributes Ultra HD and 4K video with HDCP 2.2 over a single Cat-5e cable, but takes Ultra HD over IP systems to the next level by adding compatibility with Dante and AES67 audio networks with separate switching of audio and video.

“We created the 767DSS to bring cross-compatibility with hundreds of Dante- and AES67-enabled solutions to Ultra HD over IP systems, allowing installers to deploy pristine audio in pretty much any installation scenario,” said Taft Stricklin, sales team manager at J+P. “We’re honored to have our efforts recognized with this prestigious award and are grateful for the hard work of our engineering team that made it possible.”

The 767DSS transmitter allows installers to input up to eight audio channels from the J+P system for playout on Dante-enabled and AES67 devices and extract up to eight channels from the audio network for playout across the J+P system. The 767DSS is backward-compatible with legacy two-channel Dante and AES67 devices, while offering higher performance with lower compression — bit rates of 176.4 and 192 kHz — and latency as low as 0.25 milliseconds on Gigabit Ethernet. Secondary connectivity is built-in for glitch-free performance and to provide redundancy for high-availability applications.
As with all models in the J+P lineup, the receiver integrates seamlessly with FHD infrastructure, allowing integrators to mix and match J+P devices to build a future-proof 4K system that suits any application requirement.

For more information about J+P and its products, visit www.justaddpower.com.

About Just Add Power
Just Add Power (J+P) was founded in 1992 by a group of former employees from the IBM Corporation. The motivation behind the company and the name was to come to the market with applications that totally support customers, their investment, and are easy to use. With the 2009 introduction of the HDIP™ solution for distributing HDMI® over IP networks, the company has become well known across many new markets.

The J+P design and manufacturing philosophy is evolutionary, not revolutionary. For example, customers who invested in our solution in 2009 can still purchase new transmitters and receivers today to expand and maintain their system. J+P takes pride in having created an infrastructure that can be sustained and manufactured reliably for many years, making improvements through free firmware updates. When the company adds features that can’t be done through firmware alone, it builds new hardware with an eye towards backwards compatibility. The J+P evolutionary product design philosophy ensures the protection of the customers’ investment and increases system value over time. 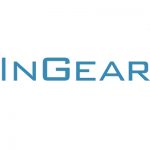 Talking to Your Composer: 3 Important Tips – Many first-time directors who fear the scoring process

By Kristen Baum I’ve met many first-time directors who fear the scoring process or are unfamiliar with it. “I don’t