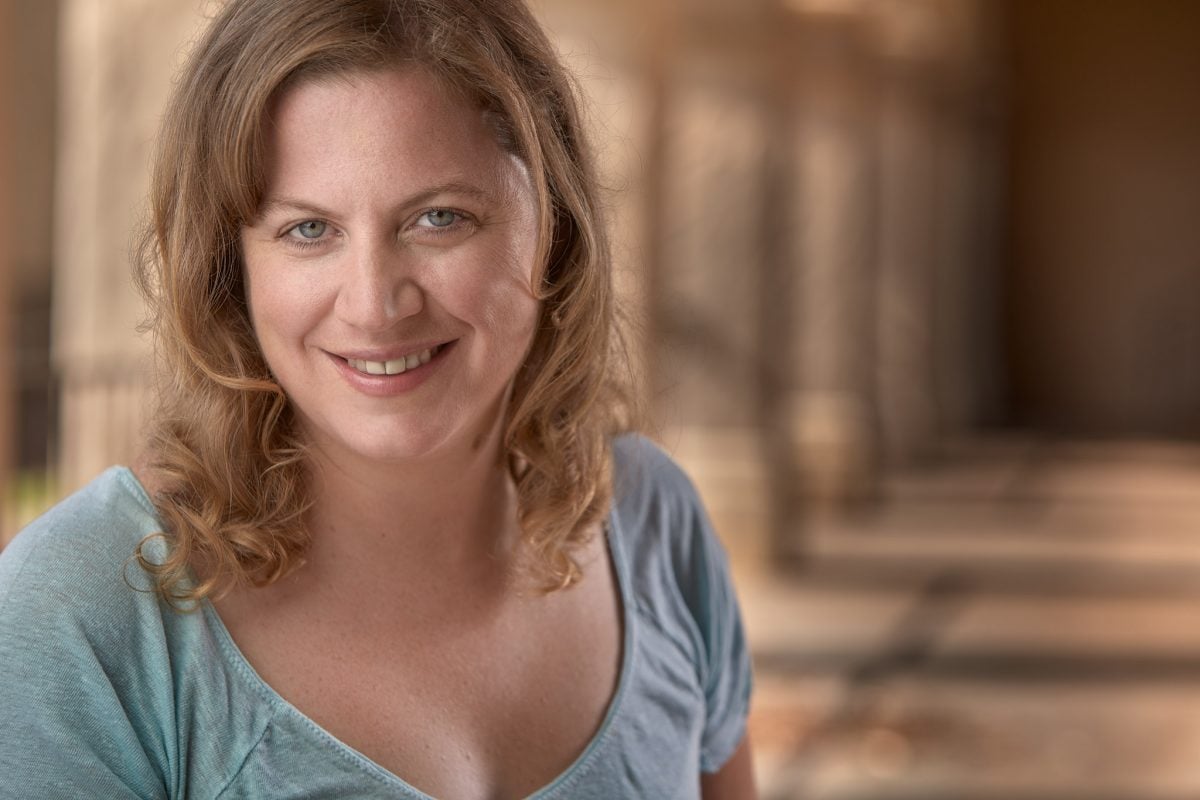 StudentFilmmakers connected with Jodi Cilley through the Filmmakers Network Community online. Jodi shares her ideas and insights on video production and TV documentary series do’s and don’ts for new generation filmmakers in this exclusive interview.

Jodi Cilley is a long time filmmaker, entrepreneur, and educator. She has been teaching video production since 2004 and has taught video and editing at multiple facilities. Jodi has produced over a hundred projects, including web series, short films, TV specials, documentaries, and commercial projects. Recently, Jodi produced Film Indiego, a 6-Part TV series for KPBS. In her roles as the founder and current president of the Film Consortium San Diego, and the founder and producer of both San Diego Film Awards and San Diego Film Week, Jodi hopes to build a strong local film industry and to increase exhibition, distribution, funding and employment opportunities for local up and coming film talent.

What important changes have you seen over the years in the video production? What’s important?

Jodi Cilley: Over the years video production has changed drastically. High quality equipment has become more affordable and easier to use, software has become far more user friendly and accessible, and the internet has made sharing of video content and communication across teams far easier. That’s important because many of the barriers to entry to filmmaking and video production have gone away.

What was one of the most important things you learned on set?

Jodi Cilley: One of the most important things I’ve learned on set is that Teamwork and a positive attitude make all the difference. Filming is hard, it takes a lot of people with specialized skill sets, and the more you can work effectively as a team, the more enjoyable the experience is and the better the quality of the work. Crew members that go out of their way to be helpful, positive and thorough are the ones that get invited back, so it’s important to come to each set ready to be the best team member that you can be that day.

For startup filmmakers who are interested in the idea of creating and filming their own TV Documentary Series, what would you say are 3 Important Do’s and 3 Important Don’ts that you would like to share with new generation filmmakers?

Jodi Cilley: Personally, I’m staying focused on something I tend to neglect: my personal life. I’m reconnecting with family, friends and working on personal projects that keep me happy and motivated. When it comes to filmmaking, I’m adjusting what I’m doing to fit into the online format. I run several film festivals, so we’ve created ways to continue to hold our events without needing to meet in person. I’m also building and solidifying my professional relationships in ways that will help once the pandemic is over. So many people are more focused and not as busy while they are staying at home, that gives them time to meet, talk about ideas, and build relationships with others that pre-COVID, they might have been too busy to truly focus on. 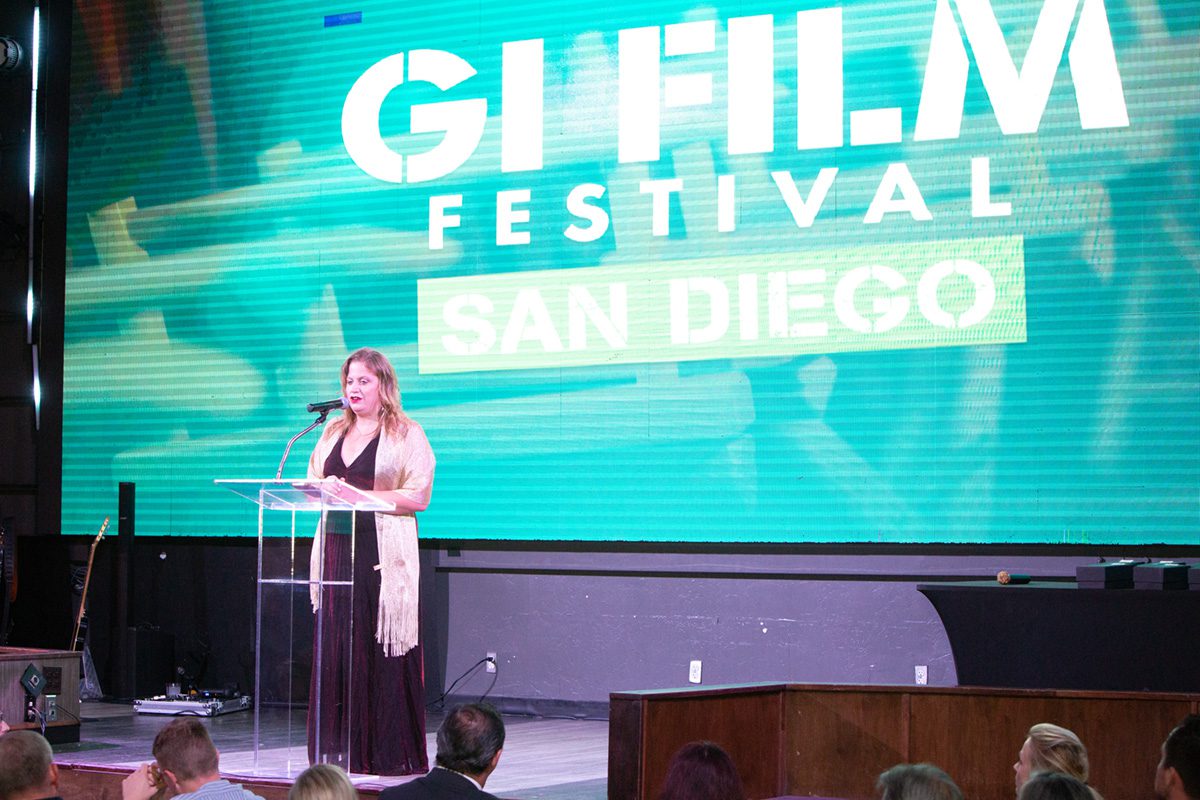 If 2020 taught us anything, we’ve all learned how to adapt to change. One industry that’s had to practice the “pandemic pivot” is the film industry. From new production protocols to cancelling major premieres, filmmakers everywhere have adapted to our new normal.

The panel featured Manny Marquez for “Operation Allie” (2016 GI Film Festival San Diego) and “XVII Carvings” (2019 GI FIlm Festival San Diego); Sara Vladic and Melanie Capacia Johnson for “USS Indianapolis: The Legacy” (2016 GI Film Festival San Diego), and Jodi Cilley, founder and president, Film Consortium San Diego. “The film industry has been hit hard by the COVID-19 pandemic, delaying and even cancelling film productions, premieres, and festival screening dates,” says Cilley. “But what we have seen are filmmakers coming up with new and exciting ways to film. We’re seeing creative stories that may not have come to light if it weren’t for the challenges the pandemic provided.”

For six years, the festival has helped bring independent films to the big screen that film fans wouldn’t otherwise see come out of Hollywood. The event included a screening of selections and excerpts from the filmmakers on the panel.

“Submitting to film festivals is still important and needs to be a priority for filmmakers,” says Cilley. “We not only need to see, but also celebrate untold stories. The GI Film Festival San Diego accepts submissions from across the U.S. and abroad. From active duty military to veterans to student filmmakers, we’re calling on submissions from anyone with the passion to create.” 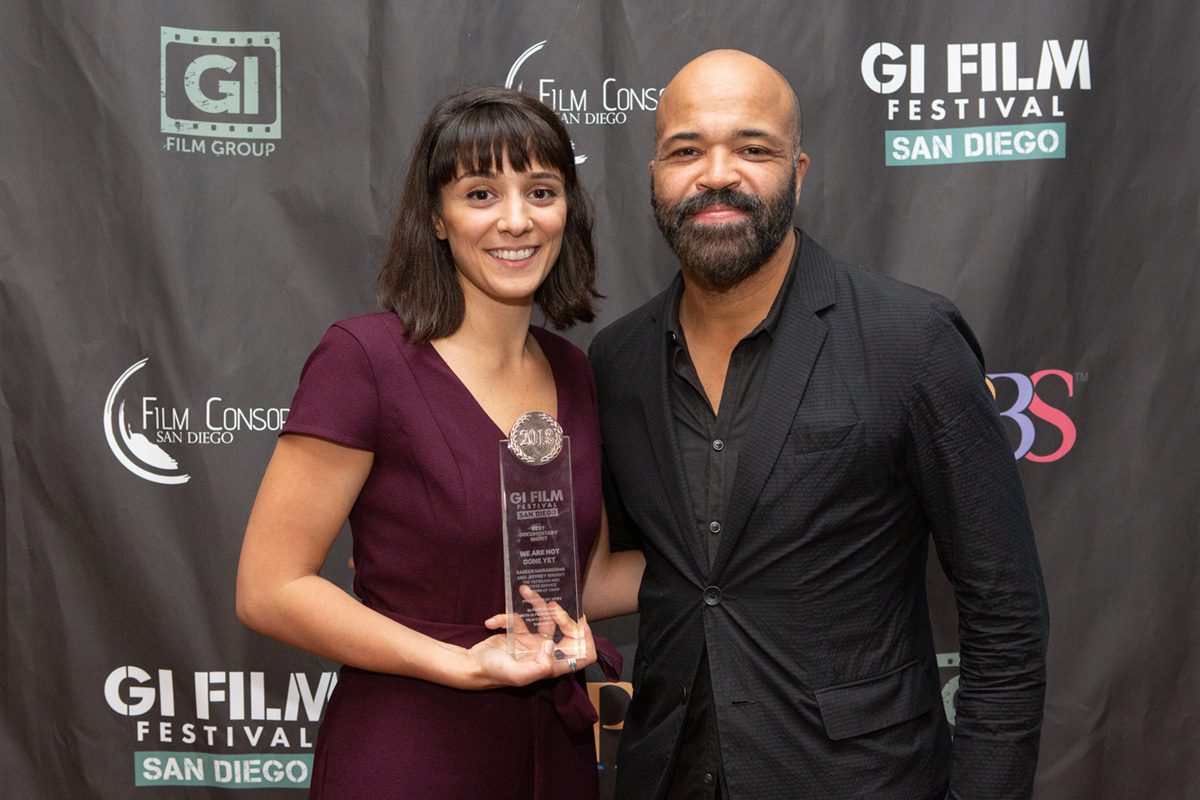 Festival organizers are excited to bring together again our active duty military, veterans, families and allies to all that the GI Film Festival San Diego has to offer. Over multiple days, the GI Film Festival San Diego features films that reveal the struggles, triumphs, and experiences of service members and veterans through compelling and authentic storytelling. All major film genres, including documentaries, shorts, and personal narratives, will be featured. Festival organizers are encouraging film submissions that reflect and amplify the diverse experiences of U.S. military and veterans, including stories by or about people of different ethnicities, races, genders, economic backgrounds, and those who identify LGBTQIA+. These perspectives play an important role in U.S. military history and culture, and are too often untold.

The films are reviewed and selected by a dedicated advisory committee made up of several local military-related organizations, individuals who come from various military backgrounds, including veterans of the US Marine Corps, US Air Force, US Navy, US Army, US Coast Guard, and the Air Force Reserves, and several military spouses. The committee helps to ensure the festival provides an authentic view of the military experience and engages its audience through post-screening discussions.

Since 2015, the GI Film Festival San Diego has presented more than 170 films and attracted thousands of attendees from around the world. As a community effort to help bridge the military-civilian divide, each film selected tells a compelling and unique story to challenge notions about what it means to serve and goes beyond the one-dimensional depictions of veterans, service members, their caregivers, and families that we typically see on the big screen.

Films selected and events for the 2021 GI Film Festival San Diego will be announced in March 2021. 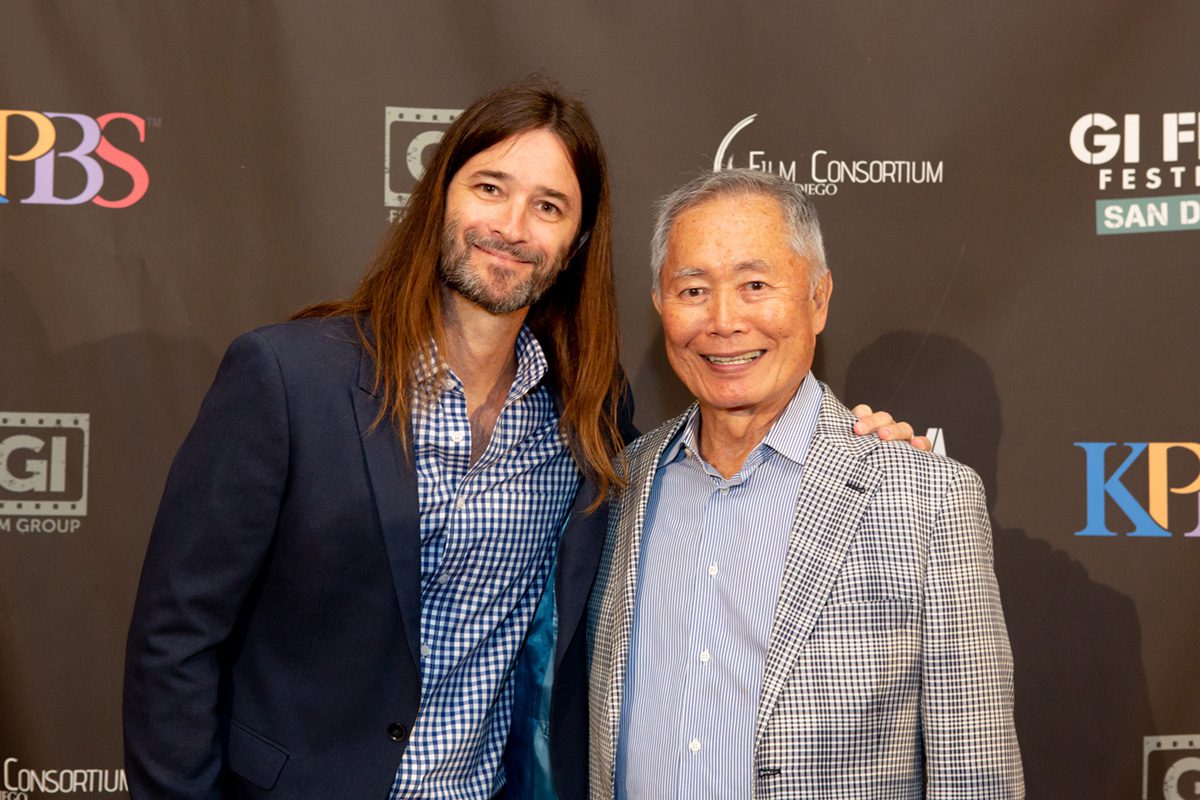 The festival presents films and events for, by, and about military and veterans. The event is organized by KPBS and partners with the Film Consortium San Diego to present the Local Film Showcase. The festival is funded in part by a grant from the California Arts Council. Additional support is provided by Scatena Daniels Communications. The GI Film Festival San Diego is a member of the San Diego Veterans Coalition and the San Diego Military Family Collaborative.

KPBS serves San Diego and Imperial counties with trusted news and programs that tell the stories of our time. KPBS delivers this content to more than one million audience members weekly via multiple outlets, including television, radio, and digital media. As a public service of San Diego State University, education is a core value – from our children’s programming to our local news coverage. KPBS provides stories that make us think, help us dream, and keep us connected. For more information, visit kpbs.org.

Promote Your Films, Videos, and Projects in the Filmmakers Network Community Online >> 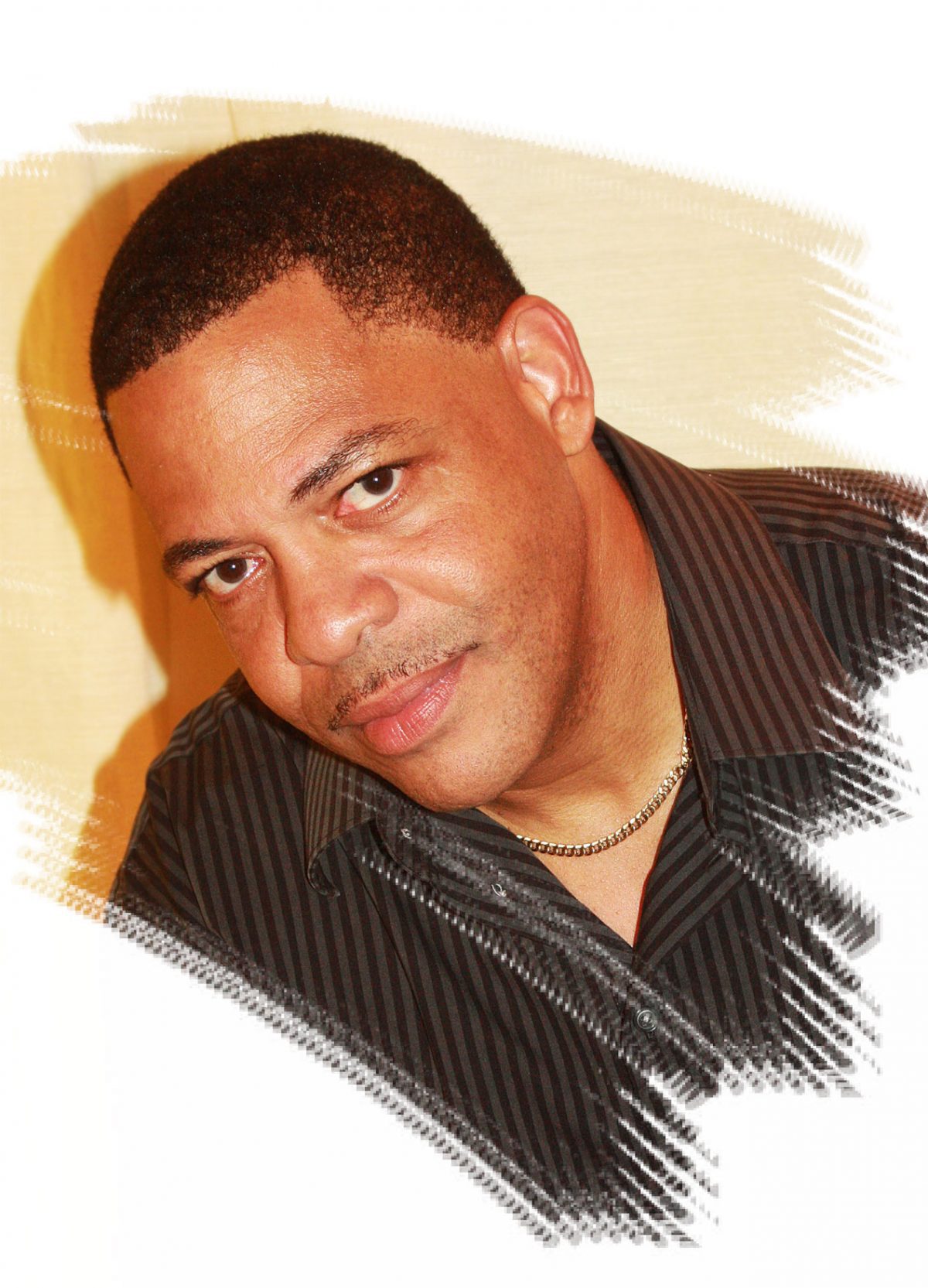