Flexibility in a Commercial Shoot 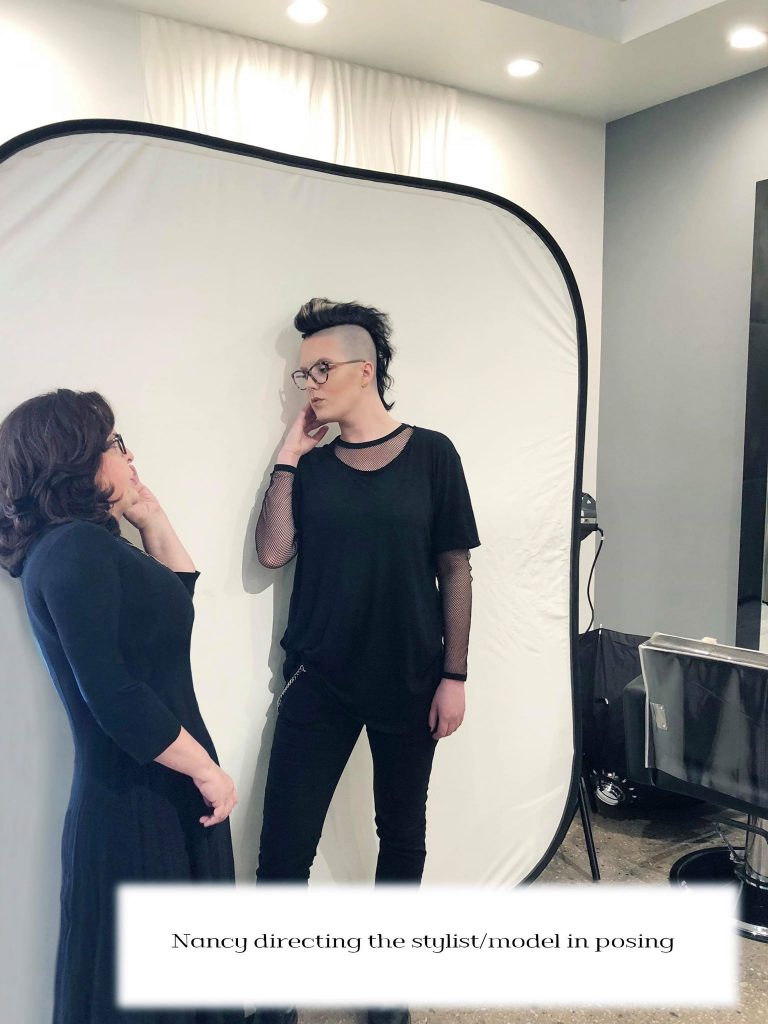 As commercial photographers, we were tasked with helping to launch Hudson Grey, a new line of upscale eyewear. Great. We’ll hire models and shoot in our studio. Not so fast. The client wanted us to use stylists at a local salon for models. Their interesting hairstyles and tats fit in well with Hudson Grey’s trendy look.  Ok, so we’ll bring the stylists to our studio. Not happening. They are only available to work at the salon, and before opening hours, to boot.

Luminez salon is in Merrick, LI, and we’re in Brooklyn, NY. And this was back in March when snow (remember that?) was a constant threat. So, we packed up our gear and stayed in a local motel so that we could safely be on site before 8:00 a.m. The hotel (a national chain) was a dirty dump. My bad for not reading reviews. (Anyone who wants the name, ask me personally).

As you might have guessed, the lovely salon is not exactly set up for a photo shoot… They were understanding, though, when we had to move their enormous manicure stations to make room to get the shots we needed with a 300mm lens.

We were trying to focus (!) on the eyewear, so we were looking to shoot on a minimalist background. To achieve that, we used our Lastolite illuminated white background. Sometimes there’s a piece of equipment that we just love, and the Lastolite is one of them! Not only does it provide a clean, white background, but it also acts as a giant soft box, emanating a beautiful back light that elegantly wraps around the models.

Front light? We used a 22-inch white beauty dish with an Alien Bee strobe, placed (as close to 45 degrees as was possible, given the space) to the right and above of the subjects. For some of the shots, we switched to a 28-inch octobox. And back to the subjects… Remember, they weren’t models. Beautiful women, yes, but with no experience in front of a camera lens. Thanks to our intensive posing training over the past couple of years, (thank you, Roberto Valenzuela!), we were able to direct our newfound “models” appropriately. We directed them not only how to stand and where to stand, but also where to fix their gaze, and how much to open their eyes. Placing their hands was tricky as well. How to best reveal their tats without putting emphasis on their hands.

Since the salon was opening at 10, we only had about an hour-and-a-half to actually shoot (in commercial terms, like a minute-and-a-half). Luminez graciously allowed us to run a little overtime, so we ended up with spectators who had aluminum foil in their hair! We never did get to see how those ladies’ coifs’ turned out, but we were very happy with our eyewear shots. You can see a lot of them on the client’s website, HudsonGreyEyewear.com. We also shot the individual frames (on a white product table) at a different time.

Regrets? There is no such thing as a perfect shoot. We always push ourselves to expand our craft… Had we had more time, more space, and more budget, who knows? 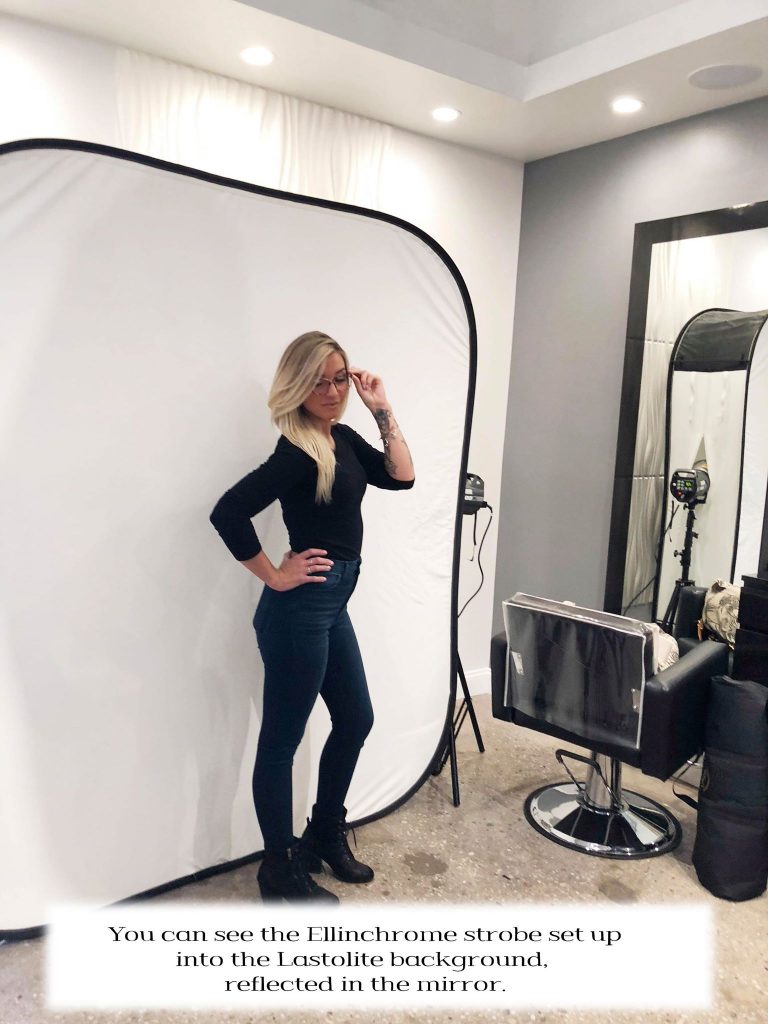