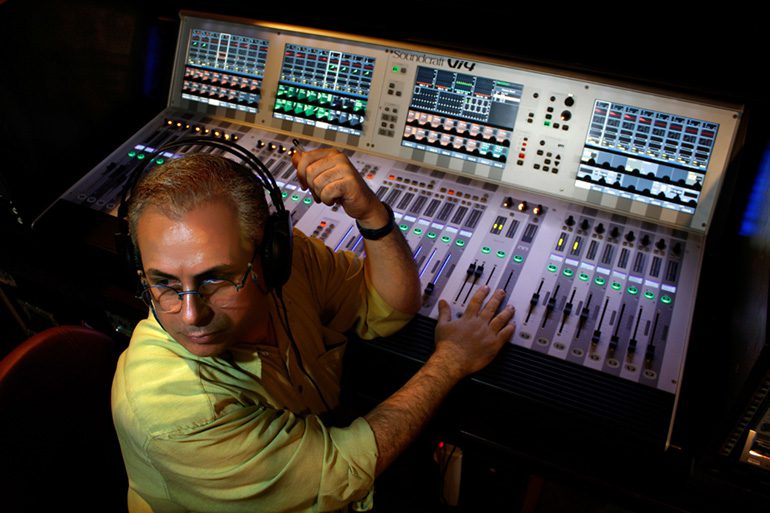 CURRENT PROJECTS:
I am working on music of a 28-minute, short video from U.K. now. It has a kind of a melodrama story about 1920`s in UK. I`ve written an orchestral music for that.

PROCESS OF SCORING FOR A FILM PROJECT:

The process of scoring for a film project that I have~

# 1) I usually request a screenplay as first step.

# 2) I receive a copy of the film or video, and I watch it for several times. Then, I fix a meeting time for conversation with the director or filmmaker(s) after I watched it enough.

# 3) Conversation session is the most important part of a soundtrack production. (It doesn’t matter if we talk face-to-face or by Skype). In this session, I need to know what kind or style of music they have considered for their own film, and why. And, consequently, running time of all music tracks, sequences, titles, and many more points. In this session, I must comprehend and feel the director’s mentality and mindset. Otherwise, the result will sound like shit! Some directors try to refer me to a specific film soundtrack, or they give me a “temp music”. But, I try not to accept it. Referring to another soundtrack destroys my own creativity. Obviously talking about the budget, deadline and writing contract are some other parts of this session, of course. I try to reject the low budget projects, because I don’t like to perform and record the final soundtrack by sample libraries.

# 4) I start to check some themes and chords by piano. Then, I write some notes in brief.

# 5) After I’ve created the themes, I define the project on my DAW (in my computer). Then, I start to mark the whole film copy, and then, program the mockup by sample libraries.

# 6) After I’ve finished programming the mockup, I invite the film director to come (or send the mockup copies) and ask him or her to check the film parallel with my mockup.

# 7) After checking whole mockup tracks, I start to write the score, or give it to a copyist to write it to me (if I don’t have enough time for writing).

# 8) I book a studio for session recording. Then, I go and record all parts in studio.

# 9) After I’ve finished recording sessions in the studio, the audio engineer starts to mix and master the tracks for me. Sometimes I take the recorded copies to my own personal studio at home and do the mixing process by myself.

# 10) After I’ve finished the mixing and mastering process, I send the exported original tracks to the director or producer.

This is the whole procedure in brief that I do actually. There are lots of details that I can’t talk about them in brief.

CHALLENGE & SOLUTION:
The biggest challenge is “deadline” that sometimes makes me sick of this job! Some feature film directors are like: “Ok, Trevor, you can start now, but you have just 24 days until deadline”! In these kinds of cases, I try to reject the collaboration, or use my assistants to help me in writing the score. And then, when it finishes on Day 23, it is my day, and it is a solution!

3 FILM SCORING TIPS FOR YOUNG COMPOSERS:
#1) Film scoring is part of the filmmaking process. So, you need to know much more about filmmaking, drama, structure of a story, and so on.

#3) If you want to have an ordinary lifestyle and sleep on time and enough in the night, DON’T choose this job!