Los Angeles Post Production Group will be hosting colorist and founder of LightBender, Juan Cabrera, CSI for a discussion of the color grading and finishing workflow he creatively used on the second season of TNT’s The Alienist: Angel of Darkness. This FREE event will be held online via Zoom at 5:00 PM PST/ 8:00 PM EST on Wednesday, March 10, 2021.

Viewers will discover how Juan built a non-destructive and efficient finishing pipeline, allowing him to be agile and flexible throughout the whole process – conforming, color grading and preparing all the final deliverables of this popular TV series. Juan’s work was recognized with nomination for the best color at last year’s HPA awards.

Juan started his career in Madrid 24 years ago, working as a VFX Supervisor and Animator. After 11 years in the VFX industry, his career evolved towards Color and Finishing. His background in Visual Effects helped him immensely with the technical side of color grading and color science and that’s how he discovered SGO and Mistika Technology. He has integrated Mistika on every project he has worked on, including major blockbusters like Prometheus, Amazing Spiderman, Star Trek: Into Darkness, Transformers: Age of Extinction, and Star Wars: The Force Awakens, for which he won 2 Advanced Imaging Society Awards.

SGO is a Spanish high-end technology company with decades of experience in developing and integrating high-end post-production solutions. Built on years of research, development and production experience, Mistika Technology empowers users with new levels of creative power, performance, and efficiency in HDR, UHD/4K, 8K, S3D and VR workflows. Available for both Windows and macOS, Mistika Boutique is the first and only post-production system to natively integrate the most complete spectrum of professional finishing tools, including conforming, VFX, color grading, Stereo 3D, VR/360º – and so much more.

The Los Angeles Post Production Group (LAPPG) is an organization for filmmakers, content creators and post production professionals, Now in its 12th year, they are currently hosting their monthly meetings online featuring presentations from key industry players including leading experts, influencers and technology companies. Meetings are made possible by the support of AJA, Adobe, Blackmagic Design, iZotope, OWC, SGO, Sony, and ZEISS. LAPPG is a supportive and inclusive networking community and is open to students, working professionals, and industry veterans alike. 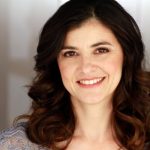 Why Student Filmmakers Should Take Advantage of the StreamGeeks Summit

Calling all student filmmakers! On December 11th, 2020, there will be a revolutionizing virtual conference called StreamGeeks Summit, featuring iconic

Passion and Your Story

By Michelle Danner My desire to tell stories on film started a couple of decades ago, and whereas an

Live video production is becoming an essential part of the education field. In middle and high schools, students no longer

Why Student Filmmakers Should Take Advantage of the StreamGeeks Summit

Calling all student filmmakers! On December 11th, 2020, there will be a revolutionizing virtual conference called StreamGeeks Summit, featuring iconic