“Mine for the Gold” with Wendy Hallam Martin, ACE, CCE 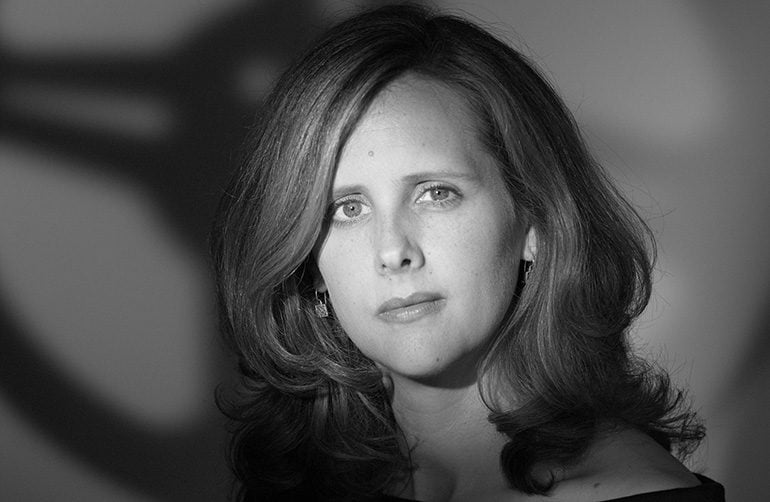 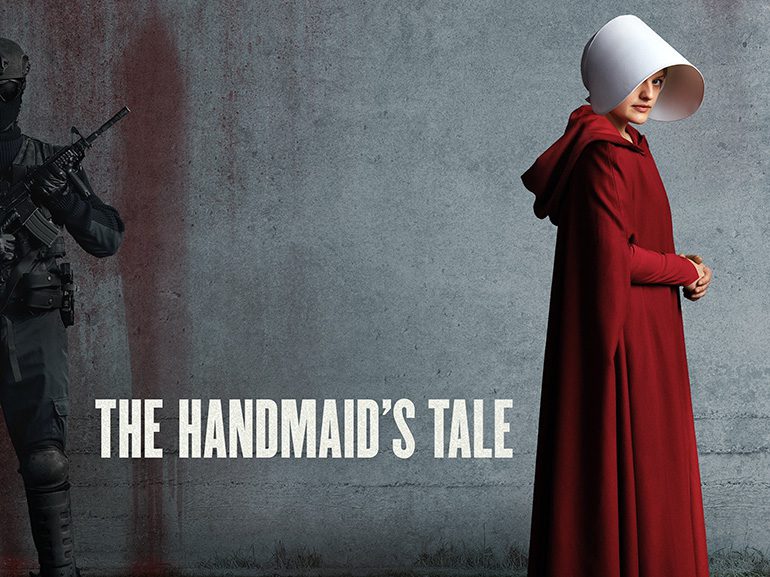 Mine for the Gold

Wendy Hallam Martin, ACE, CCE: If I had to choose just one scene to call my favourite on “The Handmaid’s Tale,” I would say the opening scene in the Season 2 premier, entitled, “June.” The episode begins with June in the back of a van and she doesn’t know whether she is about to escape or face certain death. She is brought to what used to be Fenway Park in Boston and is herded through the underground with hundreds of other Handmaids out on to the field where gallows have been erected. The women are forced to climb up the stairs and nooses are put around their necks. There is a suspended moment that is incredibly powerful where June looks to the other women almost as if to say goodbye. The levers are then pulled, and they drop to what they think is their death, but it is only enough to “teach them a lesson.” This almost ten-minute scene was so powerful in the way that it was written (Bruce Miller), shot (Colin Watkinson), acted (Elizabeth Moss), and directed (Mike Barker), that I found myself constantly having to remind myself to breath while cutting it. I worked the footage until I would cry every time when the Kate Bush song, “Woman’s Work,” played over the tearful goodbyes, and to this day, I still get goosebumps thinking June is going to die even though I know every frame in the cut. It was one of those scenes that felt like my intuition took over when cutting it. It took two days to put together, and it honestly felt like an hour. It was extremely challenging given the amount of footage, the amount of people in the scene and the terror I had to bring out in these women. It was such a fine balance of how long to hold on a shot, who to be on when, when to change camera angles and what sizes to choose. The narrative really dictated the rhythm and pace. It truly was a learning moment for me as an editor not to force something that isn’t true to the moment. So, for those reasons, this scene is definitely one of my favourites.

StudentFilmmakers Magazine: What was one of the most important things you learned while editing the episode, “The Word,” for “The Handmaid’s Tale”?

Wendy Hallam Martin, ACE, CCE: Honestly, the most important thing I learned from cutting this episode was that less is more. I had a ton of footage of June making her escape with baby Nicole after Serena gives her up, but in reality you don’t want to watch the same action of her running through different locations over and over. Audiences understand time passage better than we give them credit for. I watched my first assembly (which was extremely over length) and immediately realized the repetitions and the fact that it felt like we had two endings. The original script had the episode end with June and young Hannah (pre-Gilead) singing a song together before bedtime. After much discussion with the director and producers, we decided that the true ending was June handing the baby off to Emily and heading back to Gilead to find Hannah. Instead of just dropping the flashback scene altogether, I used the scene as a memory during June’s moment where she realizes she can’t leave without Hannah. I intercut the flashback while she says her goodbye to baby Nicole and tucks Hannah’s picture into the baby’s blankets. It was a great learning experience as far as re-structuring an episode, creating an emotional montage where there wasn’t meant to be one and really not being precious about using everything. Just focus on mining for the gold.

Wendy Hallam Martin, ACE, CCE: On “The Handmaids Tale,” we are extremely lucky to have the best of the best on the series from top to bottom. Luckily, we never really have big issues to solve in post-production. If I have to say that anything is challenging, it would probably be the visual effects. Sometimes we have to cheat reality to get the desired affect for the scene and that sometimes can result in several revisions. An example would be the scene where Ofglen(2) detonates an explosive vest and the Red Center is blown to pieces. In reality, it was shot without any explosion for obvious safety reasons and especially because we had several Handmaids running away from the exploding building in our wide-angle hero shot. We decided for maximum emotional impact, everything would be moving in slow motion. Then we added the actual fire burst and shattering glass elements in visual effects. Because the action was in slo-mo, and the visual effects were created to match the speed, we quickly realized that the result didn’t have much danger or impact to it. After several back and forth, we decided to cheat the speed of the glass and debris shooting towards camera (faster) and leave the women running in slow motion. This gave us the desired effect, but it took a long time to get it just right.

StudentFilmmakers Magazine: If you could share your “Top 3 TV Editing Tips” for students and aspiring editors, what would they be?

Tip #2. Watch all of your dailies. Cut the scenes based on your selects until you’re happy with them, then put them away for a day. Watch the scenes again fresh the next morning, and fine cut them then, before moving on to any new scenes.

Tip #3. Discover who the scene is about, who has the power, who are you going to want to spend the majority of the time with and how this character affects others in the scene. Pick the best performances and build the scene based on what moves you. 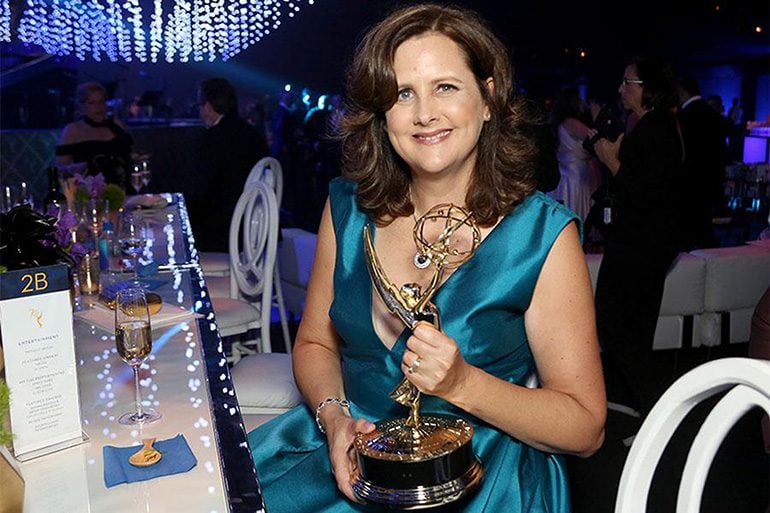 Multiple award winner Wendy Hallam Martin, ACE, CCE is an editor best known for her work on the Emmy and Golden Globe winning series, “The Handmaids Tale.” Wendy has received two Emmy nominations and has won an Emmy for the second season premier entitled, “June.” She also won an ACE/Eddie award for the pilot, “Offred.” Her other work includes the critically acclaimed cable series, “American Gods,” MGM’s spy thriller, “Condor,” which she edited and co-produced, Showtime’s “The Tudors,” “The Borgias” and “Queer as Folk,” to name a few. Wendy resides in Toronto, Canada, with her husband and two children.