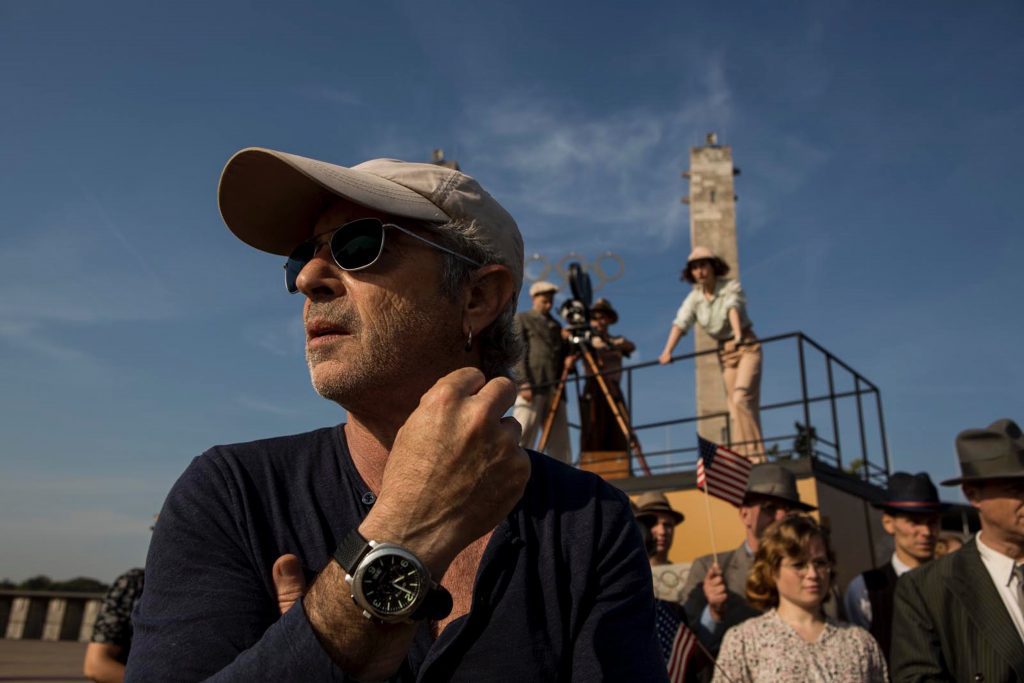 StudentFilmmakers Magazine: How did you get your start in filmmaking? Did you go to film school?

Peter Levy, ASC: I dropped out of high school at 17, and I tried to make a buck out of being a photographer. By the time I was 19, I did the stills on an independent film in Australia. I saw the cinematographer working, and I was like, that’s it, I want to do that, there’s no question. And for that, I’m very fortunate and very grateful, because at 19, there was no doubt in my mind what I wanted to do.

I became a documentary assistant working my way through the documentary world. I started shooting after about 6 to 7 years, which, in those days, was considered a bit audacious. You were expected to work your way up through the camera department for 10 or 12 years before you actually became a DP.  But, in Australia, I was able to shoot music videos, commercials, and independent films. It was a long time after I was shooting that I called myself a Cinematographer. I believe that when you’re a Cinematographer, it means you’re a master of your craft. In those days, I called myself a Cameraman. And it was a lot of years later— I was probably shooting for 8 years before I could look a cinematographer in the eye and say, yes, I am one too.

StudentFilmmakers Magazine: What advice would you give to students of cinematography and new graduates wanting to break into the industry?

Peter Levy, ASC: It’s a question with no answer. We’ve all gotten into the business by some different way or another, and no two ways are the same. In the end, the only real thing you can do is be a nice person who consistently does good work. After that, it becomes a crapshoot. Those two things you can control but the rest, I’m afraid, can just be dumb luck. Or, in many cases, bad luck. I really don’t know. In the old days, you would go to the rental houses, and you’d find if a crew was prepping, you’d go and help them for free and just observe and talk and offer services for free. Enthusiasm and commitment are essential.

Peter Levy, ASC: I advise my students that, when in a position to do so, always hire people who know more than they do. Don’t fall into the trap of hiring your buddies and your classmates –  you’ll be working with people who have had the same experience as you and you’re basically creating a feedback loop where you cannot learn any more. There are industry professionals who know their craft inside and out – learn from them. Most are proud to pass on knowledge.

Another piece of advice I would offer is, a camera is just a box that takes pictures. Don’t worship the box, worship the pictures it can take. A camera is just a piece of metal with glass, plastics and electronics, and it’s not worthy of love or allegiance. It’s just a tool. Don’t get distracted by camera brands and too much technology, nor what this lens does or what that lens does. Certainly, you have to understand light physics, optical physics and some digital color science so you can use this knowledge to enhance your photography.

I would also advise to shoot whenever you get a chance. We used to say, shoot a million feet of film and then, when you’ve done with that, shoot another million. Shoot, shoot, shoot. Get experience. Push yourself. Don’t be afraid of your own sense of taste and style. Put your thumb print on your work. But, understand you’ve got to find that balance between pushing the envelope and delivering the goods you’ve been paid to deliver.

The professional world is based on financial and commercial considerations and, for the most part, your cinematic aspirations are not on anyone else’s radar. As cinematographers, we take other people’s pictures for a living – that, in essence, is our profession.

StudentFilmmakers Magazine:  What changes in technologies have you seen over the years? Also, what are your thoughts on cranes versus drones, for example?

Peter Levy, ASC: I love the potential of drones. I think it’s really important when constructing a scene is to let the audience understand where they are. A drone shot can do that simply, explicitly, quickly, and easily. The potential with drones is fantastic. I find I use cranes, in general, less and less, but that could be just the type of projects I’ve been working on lately.

I’m now 50 years in the business, and the changes that have happened in my time have just been phenomenal. The transition to digital was a really steep learning curve. But, like I figured out in high school, I didn’t think to learn calculus, I just needed to learn the phone number of somebody who knew it. Well…I do the same thing with digital capture and color science – I’m fortunate enough to be able to ask friends at vendors and rental houses about new technologies and how I can utilize them to my advantage with my photography. There’s a lot of technical noise out there, and as cinematographers, we have to learn to separate the wheat from the chaff.

StudentFilmmakers Magazine: Can you share with new and aspiring filmmakers some of your insights related to Camerawork?

Peter Levy, ASC: Camera movement…I’ve always believed you should feel the camera’s being sucked in by the energy of the scene. So, any time I do a camera movement, I always want to go towards the emotional content of the scene rather than tracking away from it or tracking sideways because it gives you a moving shot. Let the scene dictate how it wants to be photographed, and you’ll find that you want the camera to advance, to be drawn in by the energy of the scene. Pretty much any time you track away from something, you de-energize it. Of course, there are exceptions, and there are no rules.

StudentFilmmakers Magazine: What advice on lighting would you give to new, young filmmakers?

Peter Levy, ASC: A piece of advice I got when I was a very young cinematographer was, you can light the actors any way you want, but let the audience see their eyes. To this day, I always make sure there’s something in the eyes. Now, of course, you can point out some of the obvious exceptions. You look at Gordon Willis, ASC’s work on Godfather – the lighting and every frame is perfect, but he wouldn’t let us see the eyes, and the effect is very powerful. But we’re not all geniuses like Gordon Willis.

The next thing I would say, is a misunderstanding about fill light. My advice to give to students is, don’t think of the fill light as a light source. Understand what it is…and what it is, is a contrast reducer. The more fill you’re adding, the less contrast you’re getting. Don’t give it a name. Don’t call it a fill light. Look at the image, and just use that lighting unit to control the contrast that you want and to keep it consistent.

Another piece of advice I give is to always mix up the color temperature of your light sources. You look around the real world, and there’s light of different color temperature everywhere you look. So, you don’t use 3200K or 5600K as a rule, it’s simply a reference point. People will find if they light with one color temperature, it will look very flat and boring, and won’t contain all the complexities of color especially  in the flesh tones. Color has emotional overtones – use them.