Some screenplays have only two acts, and a few have five. But most strong screenplays use a general three-act structure. Here are nine steps, and a character named Ed, to help you write the perfect three-act screenplay.

1. Set up your protagonist

In Act I, the screenwriter has 10 to 30 pages to reveal the main character, Ed, in his normal situation, as a person with good and bad attributes who is about to get into trouble. Perhaps Ed is a nerd who lusts after supermodels. Or a miser who squirrels away his money. Or both.

The job of the writer in these first pages is to establish Ed as the protagonist living his normal life. Then, BAM!

2. Blow your protagonist out of the water

The BAM! is the inciting incident, which changes Ed’s life irrevocably and ends Act I. He cannot go back, nor can he go forward, without putting something that really matters to him in jeopardy. Maybe he witnesses a murder, or the love of his life up and leaves, or he is simply too curious for his own good. His life, his kid, his freedom, or all of the above, may disappear. Examples of good inciting incidents are: the assassin who bungles a job, which means early retirement (aka death). The good dad who loses his son in a divorce, or just plain loses him when the child is kidnapped. The obsessive Little League coach who cheats to win, putting his team on the line.

Need a model to learn from? Some great Act I’s include Some Like It Hot, The Lady From Shanghai, American Beauty, Casablanca and Kill Bill: Vol. 1.

3. Create a false hope in the protagonist

Ed, of course, will devise an Ed-like solution to being blown out of the water. Because he is Ed and can only behave like Ed, the solution will be misguided. I lost my job, so I’ll rob a bank. My girlfriend left me; I’ll marry her sister. I witnessed a Mafia hit; if I tell no one, it’ll go away. Whatever Ed’s action, it is riddled with false hope.

That false hope is “the hook,” the audience’s way into the story. This is the “uh-oh” moment for the audience—the “you’ve-got-to-be-kidding-is-that-howhe’s-gonna-resolvethis?” intake of breath that keeps them watching.

Examples of great hooks: the addict who sees alcohol as a solution. The detective who falls for the femme fatale. The poor girl who murders for money.

What the protagonist hungers for, what he is all set to go after at the end of Act I, is something that will actually do him no good at all. It will only get him into hotter and hotter water.

4. Define the Holy Grail for the protagonist

Let’s create some more story. We left Ed bumbling along in his everyday normal circumstances when—voila!—he locks eyes with a gorgeous supermodel and falls in love. Trouble is, Ed is 5-foot-5, wears Coke-bottle glasses, has a tenuretrack job at Crispy Chicken, and can’t even approach a girl without tripping all over himself, let alone through a sea of wellheeled competitors.

Now that we’ve entered Act II, all of that is about to change. Struck by lightning, Ed will go after what he wants, hook, line and sinker. In this case, what Ed wants, which he’ll kill or die for, is the girl. The girl is his Holy Grail. And Ed will spend the rest of the screenplay pursuing her.

A protagonist is only as strong as his antagonist. Can you imagine No Country for Old Men without the murderer? Dark Knight without the Joker? Halloween without Michael Myers?

Perhaps Ed has a competitor? Or perhaps the antagonist is the girl herself. Whatever the case, Ed will nonetheless pursue her through ever-increasing obstacles. Because as Act II progresses, the antagonist will get ever stronger. Every time Ed tries to get what he wants, every time he comes near it, he actually gets deeper into conflict. Maybe Ed gets the girl, at first. (Perhaps she is really fond of Crispy Chicken.) His story may develop like this:

I have a nice girl but she makes me feel insecure instead of powerful. She’s so nice that she doesn’t care I don’t spend money. It makes me feel guilty and I don’t like that, so I treat her badly. But then I feel bad, and I don’t like that either. So I placate her with money. I hate to spend money. But now, she expects me to spend money. In fact, she only loves me for my money. I will set up a test—which of course she won’t fail— to see if she really loves me. And another and another.

In this case, the girl, nice as she is, is the antagonist. Her very niceness antagonizes Ed, giving him ever more trouble.

6. Create a turn about and failure

Alas, Ed does things the way he always does because he is Ed. Throughout Act II he keeps trying to squirrel away money, and becomes even more miserly with his feelings. Maybe he takes up sleeping around or lying.

One thing is certain: His actions ensure that the girl will move further and further away from him. At the midpoint, around page 50 or 60 in the screenplay, the crisis deepens; there can even be a switchabout (or two or three). Kill Bill: Vol. 1, for example, has a nice midpoint complication in its very long second act, when Fatale discovers that the baby she thought was dead may still be alive, and the man she wants to kill is her only link to her child.

In the typical screenplay, however, by around page 80, our hero must face the fact that his methodology has failed.

7. Force your protagonist to hit bottom

At this point Ed is as far from achieving his goal as possible.

Perhaps by this time he will be tied up in a shack, naked in the forest, 200 miles from anywhere, with his antagonist setting the shack on fire. Or he’ll be tossed out of his apartment, after losing job, car and dog, and will be locked out of the church while his handsome, rich but wily arch
nemesis slips a ring on his intended’s finger.

Maybe Ed must cut off a leg or an arm to escape. Maybe he’ll kidnap the bride and set fire to the church. He might even throw in the towel. In short, Ed will have to sacrifice something big to get out of trouble. That something big will symbolize his entire previous way of being. He has to do things differently now, be born again in some manner, to truly succeed. He must make a dramatic change, which the screenwriter shows with specific action.

In Die Hard, the hero finally comes to grips with love and what really matters. In As Good As It Gets, the woman learns to accept the leading man’s imperfections. In An Officer and a Gentleman, the lead character shows he’s become both.

Ask yourself, “What is one thing Ed would rather die than do?” Then do it.

ACT III, the last 10 to 30 pages of the screenplay, reveals the steps Ed takes and, most important, the thing he gives up to get to a real resolution. Maybe he finally buys that expensive ring and a house to go with it. Maybe he makes apologies, finds his girl’s longlost brother, or moves in with her muchhated pooch. More painfully, he might just say: “I love you.”

In Act III the hero succeeds in getting what he needs, not necessarily what he wants. He does this through transformation, or a change in his actions. I say actions and not feelings, because actions are what we see onscreen. A character may emote all he likes, but if he takes no action the audience has no idea what’s inside. This is why they call what actors do “acting” and not “feeling.” We can only know who Ed is by what he does, finally. What, if anything, is he willing to sacrifice to get what he needs?

It is important to note that Ed may change, whether he gets the girl or not. Getting the girl is, in fact, irrelevant. What the audience wants to know is whether Ed “gets it.” Does Ed make a change, whether for better or worse? He can let the perfect girl slip away and cater to his own greed if that is his resolution, sinking lower than when the screenplay started.

That’s not happy. But a happy ending is not required. A satisfying one is. If the ending is satisfying, the audience will go home happy, regardless of the tears in their eyes. That is the point, to have Ed’s story affect people.

9. Get the heck outta there

You may use Act III to tie up loose ends and finish story arcs for subplots and ancillary characters. But it’s best not to be too tidy. Not every story has a black or white ending. The best stories feel, at the end, like an open window. They leave the audience wanting more.

If a writer has a chance to end a screenplay sooner, he should do it. Like the best scenes, the best screenplays get in late and always end too soon. 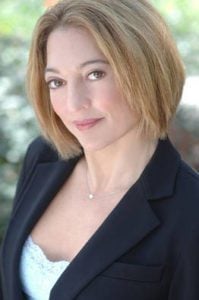 Paula Brancato is a filmmaker, poet, and novelist, recently relocated from Los Angeles to New York. A second generation Sicilian-American, she was one of the first women executives on Wall Street, a producer in Hollywood, a music industry CFO and a strategic planner for The World Bank.

Brancato produced the feature film SOMEWHERE IN THE CITY, winner of the Karlovy Vary Film Festival, starring Sandra Bernhard. Brancato has also written SUBTERFUGE, optioned for packaging by CAA; ELLEN JERSEY, Stein Productions; THE FAB FIVE, a parody of Harvard Business School commissioned by alums; LOVE YOU TO DEATH, sequel to CRIMES OF PASSION; and THE WANTING (16 screenwriting awards), optioned by Colossal Entertainment.

Brancato’s most recent film, HER FATHER’S DAUGHTER won the Houston International Worldfest and Women of Color Film Festival. The film’s script won the People’s Pilot TV award and is a finalist at SUNDANCE.

Brancato currently teaches the filmmakers’ thesis course at USC. She received her M.B.A. from the Harvard Business School where she was a Godfrey-Cabot fellow. She is a graduate of Hunter College and the Los Angeles Film School.