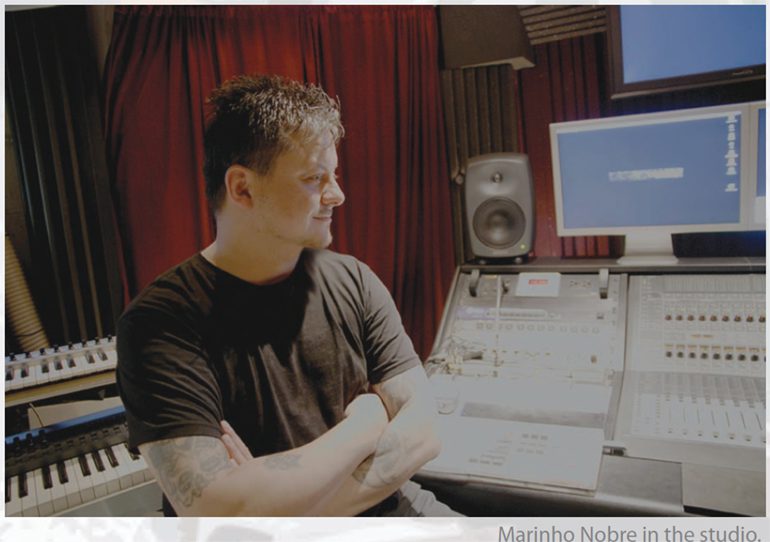 #FlashbackFriday #FBF  Do you remember our Community Spotlight with Marinho Nobre?

Marinho Nobre has worked on genres from drama, comedy, thrillers, and horror films. “My musical response comes with what the picture brings, that being at times orchestral, at times ethnic, quite often electronic and ambient. I have been replacing ethnic samples with learning some of the real instruments myself and working on using as many live playing as possible on much of my music. I think the organic factor is really important when it comes to film scoring. Filmmakers tend to really love that approach and at the end of the day, that’s what counts…”

Work:
“Primarily I write music for film which is basically creating musical content that enhances and supports a given visual and as a whole, a story. I work through all the phases from the core composing to orchestrating, producing the recording and supervising the post finalizing process of the music. I also do write for concert music and when time allows me,work on my own non-film music creations.”

Biggest Challenge:
“There are several common challenges and some lesser, some stronger. One I can think of right now would be dealing with a dispute in musical tastes between the film director and say, a producer or executive producer, right in the middle of the scoring process and with a strict deadline.”

Solution:
“That’s when diplomacy takes place, and you have to really work hard to please everyone as much as possible without taking away any of the seniority of the film director. You have to think steadfast as well, since the clock is ticking with the ghost of a deadline in your shoulders. You must also perform all of that while not allowing it to interfere with your creative focus… The show must go on, so I try to show everyone in the room just that…”

Favorite Technique:
“One I learned from a good friend to endure the just too many late hours working without sleeping. I make a shake of spinach, carrots and orange juice, in equal portions on a blender with crushed ice. Nothing boosts your energy more than that, it blows coffee away. Much healthier too… The more you drink the better you feel… There’s never too much… It helped me stay up for 32 hours straight during my last feature score.”

Current Projects:
“…A world music CD of my own, which will be published for film licensing, two short films, as well as sketching some music for a TV Pilot for cable. Got two features lined up for ‘09 as well, so I’m already doing some research.”

Join the Filmmakers Network or Update Your Profile!

StudentFilmmakers Magazine: Each issue addresses the needs of the five distinct phases of film and video making.