I am a film editor and special EFX guy. I did a lot of titling and wire frame renders when I was working for the government. I have since retired and still work locally with a small customer base and a lot of independent film folks here in Raleigh, North Carolina.

I have just finished editing my 1ST Bollywood style movie. We are going to festival once the Covid-19 restrictions have eased up a bit. This is a romantic comedy combined with an Indian woman’s struggle in a film industry controlled by men. This was very color intensive and vibrant which I had never experienced throughout a production and made for a challenging edit. 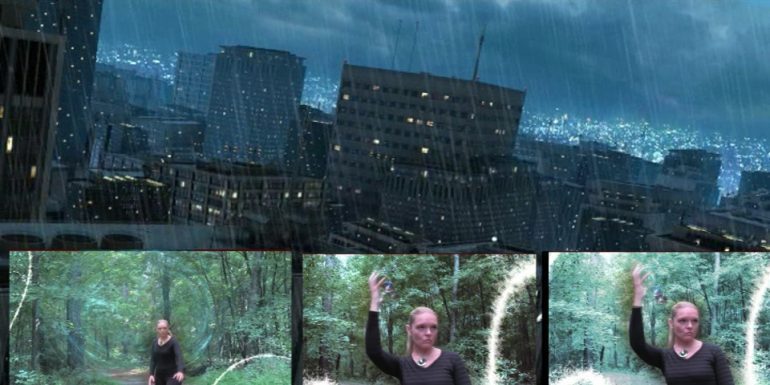 I was approached to edit a small indie film because I was known for my After Effects skillset. This required vehicle cameras at multiple angles, greenscreen imaging and simulated wreckage with the vehicles to create impact.

This was such a great challenge because we had to rig the car with multiple camera angles, and I had never used my vehicle camera mounting system so intensely before. The cast was always watching over my shoulder when I did my pre-edits onsite which is always a good sign that you’ve captured the essence of the event.

The scene was only about 2 minutes in length but it took days to complete due to the filming the hard copy, cutting the baseline track and then creating the wreck in Adobe and then inserting it on the track, final color correction and blending then over to render. 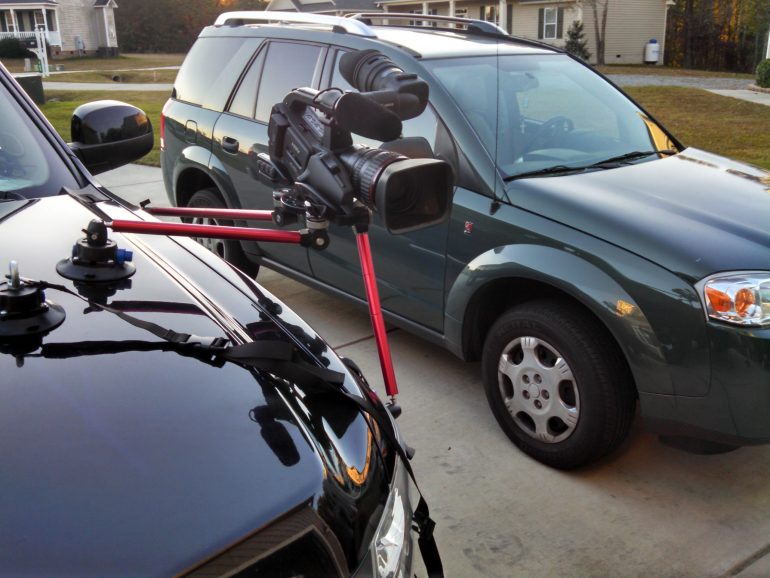 Gregg’s camera rig for vehicle filming. This was used on for the ‘crash scene’.

I am an equipment hoarder. By this I mean I am forward thinking with my craft. We did a remote shoot @ a non-specified government station where we were simulating an aircraft emergency landing/crash. We were on schedule and we needed a specific time of day to frame a shot with the sun as the backdrop. We finished a lot of filming but the generator died… no AC power! Camera batteries faded so we were sunk. The vendor did not bring extra gasoline for the generator unit and said we would have to try another day.

Solution: I had 2 AC/DC inverters in my truck and we hard wired three vehicles to these and ran two cameras and backlighting to finish the last cut we needed.

(#1) For me, match the film specs when you create and output your project. From the white balancing to the frame rates, the render needs to be as close to the original to do final matching/rendering of the sequence.

(#2) Preparing your whole effect by working backwards in your mind so you don’t limit your time and space. Start at the end then after you feel right about the whole timeline go from the front knowing where you need to go.

(#3) When you are experimenting with an idea create multiple project files in your NLE or application. This can help you if you get in a jam and don’t like where you’re going. It’s very hard when you commit to some actions and they can’t be reversed. If you “save as” at a point where you are content, you can always go back to that point and reset your mind and direction.