Clearing the Haze about Fog Filters: When Atmosphere is the Effect by Ira Tiffen 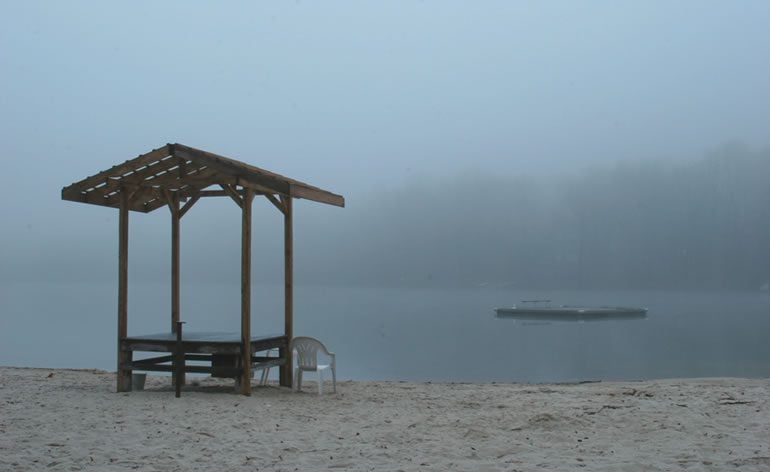 Clearing the Haze about Fog Filters: When Atmosphere is the Effect by Ira Tiffen

White. Impenetrable. Fog. Atmosphere we can see, fog is capable of inducing an array of emotions from somber reflection to fear incarnate. A powerful image element. Yet, controlling fog is a bit like nailing Jello to a wall – tricky even at the best of times.

As with most weather-related effects, fog doesn’t come when called – you may need to fudge things. The original ‘fudge factor’ for fog is a filter that creates misty flare of highlights, and a modest degree of contrast reduction. As it happens, it also softens sharpness. When they were first introduced, ‘Fog filters’ were the closest things to simulating fog. Today, highlight flare is their main goal.

There is generally too much contrast and not enough sharpness when using Fog filters, especially in the stronger grades, when compared to the look of natural fog. Use them for that warm, romantic glow around candlelight, but not for a convincing fog effect.

Double Fog filters are not industrial strength Fog filters, but they are two effects in one – a mild flare plus what becomes a strong contrast reduction, especially in the higher grades. The combination can very closely simulate the look of natural fog in many situations.

We look today at a situation where it does not. Natural fog has the ability to shroud the distance within its dense mantle. Get up close, though, and you can often see more clearly. As the distance to the subject increases, so does the accumulative amount of water droplets suspended in the air that comes between, causing the thickest fog at the farthest distance. A good example of this is in the image made in a natural fog without a filter. The wooden structure in the foreground is darkly silhouetted against the pale farther shore, which itself is visible only as a faint outline.
With a special exception, optical filters have no such ability to differentiate with distance when simulating fog.

Returning to the same scene some months later, the unfiltered scene, also in overcast light, but without the natural fog, shows the farther shore in dark detail, blending with the foreground structure.

The Fog 3 filter produces a misty flare, but remains too contrasty to look like a natural fog. While not a great example, in this scene the Double Fog 3 filter does produce a more natural fog effect, reducing contrast more realistically, with reduced flare, when compared especially to the same, unfiltered image. Yet it does not have the ability to differentiate foreground from background, near from far, as does a natural fog.

The aforementioned exception, the Harrison Scenic Fog filter, employs a gradient fog effect that allows one part of the image (preferably the background) to appear in a greater fog than the other (preferably the foreground), more accurately emulating reality in certain situations.

It’s when you don’t want to ‘clear the air’ that it helps to be clear about the capabilities of Fog-effect filters.

Photos by Ira Tiffen.
In over 30 years of making optical filters, Ira Tiffen created the Pro-Mist, Soft/FX, Ultra Contrast, GlimmerGlass, and others, netting him both a Technical Achievement Award from the Academy of Motion Picture Arts and Sciences and a Prime-Time Emmy Award. Elected a Fellow of the SMPTE in 2002, he is also an Associate member of the ASC, and the author of the filter section of the American Cinematographer Manual.