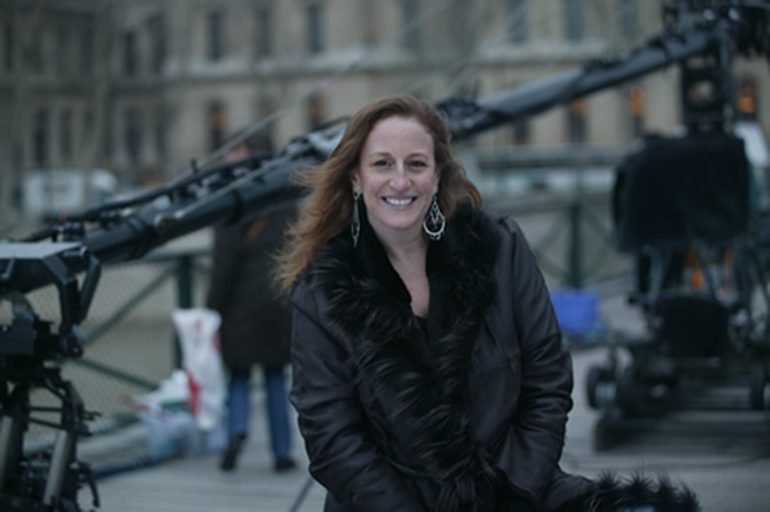 Cindy Chupack is an Emmy-winning screenwriter, author, and executive producer. Though her essays have appeared in such publications as “The New York Times”, and “O, The Oprah Magazine”, and she has completed a number of under-the-radar feature scripts, Ms. Chupack is most widely known for her work writing for television shows such as “Sex and the City”, “Everybody Loves Raymond”, and “Modern Family”. In this Q&A she elaborates on the various aspects and challenges of writing for television.

You seem to have a noted preference of writing for television. Why is this?

Cindy Chupack: The fact that nobody knows I’ve written features (yet) is why I prefer television writing!  I’ve written two features. The first one, the adaptation of Nick Hornby’s novel How to Be Good made the Black List for Best Unproduced Screenplays of 2008.  Then I wrote an original screenplay, Mommy and Me, for Stanley Tucci to direct, but that has yet to get made.  I’ve also done two feature rewrites — one that I might try to direct myself called Whatever Makes You Happy, which is an adaptation of a William Sutcliffe novel. Marc Andrus did the original adaptation and it’s a great script.  And the other rewrite I’m working on now, which seems like the most commercial one so far, is called Bad in Bed — the original screenplay was written by Mike Ellis and Pam Falk and that’s also a great project.  So hopefully one or more of these will be in theaters someday.  The thing about television: there is a schedule, you write a script, you film a script, it gets on the air, done!

Most of the shows you’ve written for are strictly based in the real world. How much inspiration do you get from the events in your life, or everyday mundane occurrences around you?

Cindy Chupack: I get most of my stories from life.  Even if the story didn’t actually happen to me or to someone I know, I still try to inform it with a similar experience of my own, or with similar emotions I’ve felt (or I try to think how I would feel if it happened to me) so that it feels authentic.

Has a character ever been very close to speaking for you?

Cindy Chupack: The characters on Sex and the City spoke for me, and often articulated things I couldn’t (or hadn’t) until I wrote it for them.  I was exactly the same age as Carrie, Charlotte and Miranda for the five years that I was writing that show, and I was single, so that was the best, most fun job I’ve ever had, and also the most cathartic.

When you are credited as the writer of a particular episode, how much freedom do you have to come up with the concept (i.e. what percentage of the episode’s story is your own)?

Cindy Chupack: When you’re on staff, the story process is very collaborative.  On some shows it’s more important to the process that the writer of the episode came up with the story (or one of the stories) but, sometimes, when you’re on staff, there are stories floating around, and it’s your turn to write a script (or you have an affinity for one of the ideas that exists), so you help develop the ideas that are on deck.  BUT once it’s assigned to you, once your name is on it (at least for me, at the shows I’ve worked on) you are the one writing the outline, getting notes on the outline, writing the script, getting notes on the script, helping cast guest roles, sitting on set while the script is being shot, giving editing notes — it’s YOUR baby.  Some shows put the scripts through a “table” process before and after the table read (which is when the actors read it for the first time) so it can change a lot or a little.  If you have a good writer’s room, you get the benefit of a lot of great minds making your script funnier and stronger, and you have that help from the time you break the story until right before it airs.

How do you balance your own voice and creative freedom with the tone of the show?

Cindy Chupack: That’s the skill of being a versatile TV writer — to be able to put yourself and your ideas into the minds (and voices) of other characters that exist in a show.  I still write personal comic essays for magazines and books, because that is my pure voice, and I can write about my life as I experienced it.  I find that to be a good way to balance writing for all of these other characters and masters.

Is the amount of creative freedom affected in any way by the fact that you are also a producer on many of these shows? Are there challenges specific to having both roles?

Cindy Chupack: The biggest challenge is when you are the SHOWRUNNER/EXECUTIVE PRODUCER and a writer.  Even on Sex and the City as an executive producer, I was not ultimately running the show — Michael Patrick King was — so my job as a writer, while I was involved in producing (and I love producing) was not compromised.  In fact, as a producer, you get more creative freedom because you get to be involved in casting, editing, wardrobe, hiring directors — you have more input and avenues to help realize your vision.  When you are the FINAL SAY, meaning you are the SHOWRUNNER, there are a lot more things to worry about — like keeping the show on the air, pleasing the network and powers, pleasing the actors and their agents, taking full responsibility for ALL scripts — it’s a whole different thing because then you are essentially running a company, you have everyone’s job on the line, and you have to decide, for example, if you were hoping it would rain in a scene — is it worth the extra $10,000 to make it rain and what you can give up for that rain?  Sometimes all of those concerns start to affect your writing and your peace of mind.

What are the challenges of working with so many writers? Is it helpful?

Cindy Chupack: Sometimes it’s a lot of voices in one room, but yes, if all of the writers are good, it’s very helpful to have their input at every level, from building a story, to punching up a script, to looking at the cut before it airs.  It’s nice to be part of a team and to feel like you have the support of everyone on that team when you’re writing a script for a show.

How do you manage to give such individual voices to so many protagonists?

Cindy Chupack: When a character is well defined, and real, and when the actor is gifted and brings the character to life, it’s easy for me to imagine what that character would do and say in different situations.  I can HEAR the character while I’m writing.  If I’m creating a character, I sometimes try to infuse that character with someone I know, or I try to imagine an actor I love playing the role, so I can hear it better and make it more unique and consistent.

Which do you feel is the most successful episode you’ve written? Why?

Cindy Chupack: Wow.  That’s a good question.  It would probably be an episode I could watch and not still want to rewrite (!), so that would be “What’s With Robert?” from Everybody Loves Raymond (when Robert wondered if he might be gay and the family dealt with their own homophobia), or “Plus One is the Loneliest Number” or “Evolution” from Sex and the City, although I’m really proud of every episode I wrote for that show and I love them all for different reasons.  At Modern Family, I was really proud of all three episodes I wrote, “Express Christmas,” “Disneyland” and Little Bo Bleep.”  I’ve had several nominations for individual Emmy or Writer’s Guild Awards, so it’s hard not to believe those were my most “successful” episodes, but if I had to show a retrospective of my work, I would choose the episodes I mentioned, and I would also choose the original pilot of Love Bites (which was an anthology rom-com hour that aired on NBC), because I think it’s one of my best pieces of work ever. My husband loves a pilot I shot called Him & Us, and I am also really proud of my Madigan Men pilot (a show that aired on ABC).

If you could share your three top tips or best practices for television writing what would they be?

Cindy Chupack: Figure out how to put your heart and soul into every script you write, whether it was your idea or not — make it work, make it something you would be excited to watch on television.  Make sure there is heart and humor in every script you write.  Make sure the samples you use to try to get an agent and a job are THE BEST samples you could possibly send (don’t send anything out before it’s GREAT), and make sure they are a good indication of what you want to do and stand for as a writer.