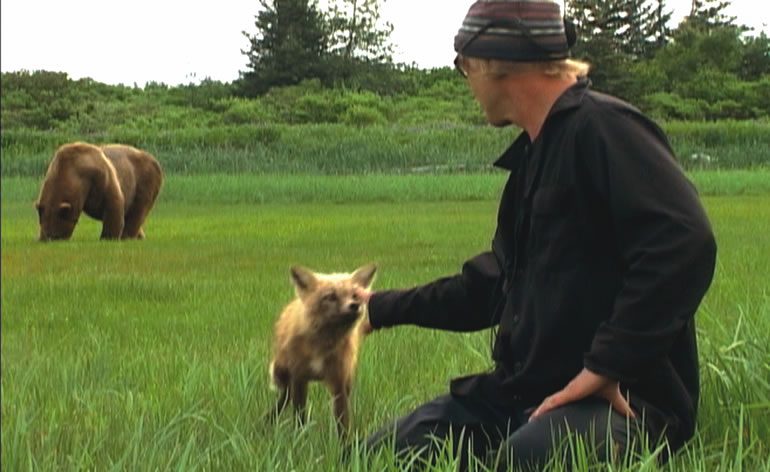 Who will appear on screen in your documentary, what will they be doing, and why are they there? These are casting decisions, and they’re a key part of your overall storytelling. Sometimes documentary casting involves auditioning actors to portray characters. More often it means finding the real life people whose stories you want to tell, or with whom you can explore your subject. Perhaps they’ll interact with each other on screen, or be interviewed on camera, or serve as host or narrator (or some combination of these).

However they’re included, the people in your film are a critical part of its success.

The process of casting is different for every documentary. In some cases, the subject matter is the cast. The Academy Award-nominated An Inconvenient Truth (2006) would not exist without its central cast member, former vice president Al Gore, because the film stems from his lectures on the topic of climate change. Grizzly Man is built around footage that the late naturalist Timothy Treadwell shot of himself as he lived among bears. But notice that Grizzly Man director Werner Herzog also cast himself in the film, along with a diverse group of witnesses to Treadwell’s story, including his parents, a former girlfriend, the pilot who brought Treadwell into the wilderness, and the medical examiner who conducted the autopsy on Treadwell’s remains after a bear killed him.

With archival documentaries, there may be a few layers of casting. For the series Eyes on the Prize, for example, a history of the American civil rights movement (1954-1985), the producers filmed interviews only with people who had participated in (and in some cases, appeared in) the archival stories on screen. Producers of The Civil War (1861-1865) didn’t have the option of filming witnesses directly, but they are present in the series through the diaries, letters, and other records they left behind. These archival characters, including some key figures whose writing spans the course of the war, are brought to life by actors who read their words voice over. The film is also cast with an array of modern-day experts who are interviewed on camera and represent diverse areas of expertise.

In some cases, a cast is assembled because it best exemplifies themes the filmmakers wish to explore. An example of this is the Academy Award-nominated Lalee’s Kin: The Legacy of Cotton (2001), a look at poverty and education in the Mississippi Delta. The film began with a concept, not characters. “The genesis of Lalee’s Kin was HBO calling me up saying, ‘We’d like you to take a look at poverty at the end of the millennium,’” said producer/director Susan Froemke, then principal filmmaker at Maysles Films, the renowned vérité company. Froemke and her assistants conducted extensive research and were eventually advised to turn their attention to the Mississippi Delta and in particular, the work of Reggie Barnes, the superintendent of the West Tallahatchie school district. Barnes was trying to get the district off of academic probation by raising student performance on standardized tests, which suggested a story arc. “This was a real narrative, the first I’d found after searching in four different states for almost six months,” Froemke said.

Still, the film’s cast was not yet complete: “We needed to find a family whose lives were going to intersect with the school superintendent’s story, so you could see how difficult it is to try to stop this cycle of poverty that’s been passed down for generations,” Froemke explained. She and a colleague drove through local neighborhoods and finally met Lalee Wallace, a woman in her sixties who was doing her best to raise and educate grand- and great-grandchildren despite dire living conditions. “We sat down at the kitchen table, and she just talked. And I thought, ‘This is the dream subject.’ Because I could say one or two words, and she would start to pontificate. Also the fact that she was giving me access to her house, the first time I met her, is exactly what you need when you’re doing vérité. It’s all about access and getting the trust of your subject.” And finally, they met the children in Wallace’s care. The resulting film, because of its careful casting and interwoven story lines, is powerful and intimate.

As in a dramatic film, you don’t want your cast members to be redundant. Think of those who appear on screen as having a specific job to do in the overall documentary. In Grizzly Man, Werner Herzog serves as a guide to Treadwell’s story. In Lalee’s Kin, Reggie Barnes’s efforts to change conditions in an under-resourced community provide a narrative spine, and his perspective is that of an outsider and an expert. In contrast, Wallace and her family represent the community from within.

One of the biggest casting mistakes documentary filmmakers make is to treat scholars generically. They film interviews with a handful of people who can speak knowledgeably about a topic, and then assemble the story with whichever interview bite or piece of narration works at the moment, since it’s all fairly interchangeable. Instead, do more research and figure out which scholars best serve your story and how their unique areas of specialization
within a topic might combine to form an interesting, challenging whole. Focus your questions to them accordingly, so that each person’s screen presence offers a distinct range of expertise. As the audience pieces the story together, they’ll come to rely on these perspectives. In some cases, a scholar may even begin to embody an absent person. For example, if you’re telling a story about the presidency of George Washington, a biographer of Martha Washington might be used to comment primarily on life as it affected Martha. The audience is likely to pick up on this cue:
When they see that expert, they’ll sense that, in a way, Martha is now on screen.

Note that diverse perspectives come out of your research—they don’t come first. Filmmakers sometimes seek out
points of view, rather than characters, putting out a call such as this: “We’ll be in town next Tuesday and hope to interview women in Congress who voted against the war or who voted for it and now regret their decision, or female religious leaders who oppose the war.” It would take very little research to know who voted how in Congress or which religious leaders most vocally oppose or support the war, and why. Given that research, a more targeted and effective casting process could begin, and the resulting footage is likely to be stronger. You’re also more likely to get the cooperation of people you approach, who will appreciate that you’ve done your homework and have a specific reason for asking them to give you their time and expertise.

In handling controversial issues, be aware that casting for balance does not mean simply presenting opposing sides.
First, two opposing sides talking past each other don’t tend to advance anyone’s understanding of an issue. Second, to put pro against con might seriously misrepresent the issue. When a majority of credible experts takes one position and a small (and often fringe or invested) minority disagrees, then giving the two most opposed views equal time and weight creates a false impression and gives unwarranted credibility to the fringe position. Instead, look for people who can offer shades of complexity or doubt within more reasonable parameters. (And let the appropriate people
present their own points of view. Having a protester outside the World Bank tell us what the World Bank thinks doesn’t cut it.)

The next time you watch a documentary that you enjoy, try teasing apart the cast to see what role the featured characters play in the overall narrative and how each character (even in ensemble films, such as Spellbound or Balseros) is different from the others. Pay attention as well to who’s not cast, and ask yourself why. Then look again
at your own outline or work in progress.

Are too many cast members advancing the same basic points? Are you missing some key individuals, and if so, what might they add? Are people speaking from unique experiences or expertise, or could you just as easily replace them with narration? If every moment of your film matters, so does every member of your cast.

Sheila Curran Bernard is an awardwinning filmmaker and the author of Documentary Storytelling (2nd ed.): Making Stronger and More Dramatic Nonfiction Films (Focal Press 2007), from which this article is adapted.