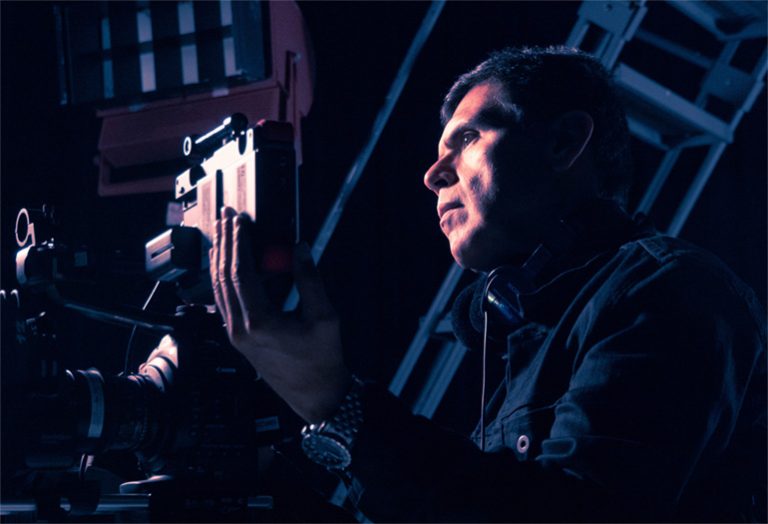 StudentFilmmakers Magazine: What was one of the most important things you learned while working on set?

Gustavo Mercado: The most important lesson I have learned in every shoot I have ever been in is that it is virtually impossible to overprepare for a production. No matter how big or small your budget or your crew is, how difficult or simple the logistics might seem, there will always be something that can potentially derail your shoot. “Putting out fires” is a qualification that applies to everyone on set, from production assistants to department heads, director, actors, everyone. This is why I always try to plan ahead as much as possible, not only as it pertains to my role in a production as a director or cinematographer, but also physically and mentally. Knowing how to expertly operate a piece of equipment won’t matter if you’re too tired to function, or if you’re too stressed at the first sign of trouble. For these reasons, I put myself through a technical and physical “boot camp” of sorts heading up to the beginning of a production, making sure I get plenty of sleep, eat well, and practice with whatever piece of equipment I will operate as much as I can so I can be as ready as possible to deal with the many unknowns that will inevitably show up.

Gustavo Mercado: I remember one time when we were shooting a psychological thriller out in a house in the middle of nowhere, miles from the nearest town. We were using a 35mm lens adaptor in front of our camera to achieve a special effect, which had a vibrating groundglass that used these four really tiny shock absorbers. Right in the middle of production, the device stopped working, and upon taking it apart we found one of the tiny rubber shock absorbers had disintegrated. It was the beginning of a weekend that was preceded by a holiday, so it would have been impossible to get the part until a few days later. We had about 15 crew members, a ton of equipment, actors, extras, the entire production grinded to a halt because of a tiny piece of rubber! We scrambled to jerry rig a replacement by disassembling lamps, flashlights, anything that had an o-ring that we could fashion into a shock absorber, using vaseline applied with a toothpick to soften the rubber so it would perform like the other shock absorbers until we got it working again, 6 hours later. After the shoot, I bought a whole bunch of these rubber pieces that I still keep as a reminder of this experience. (They cost $3 each). 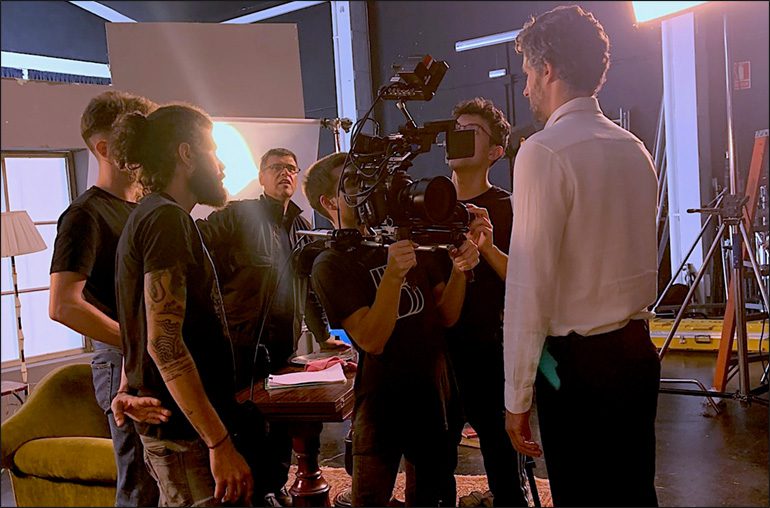 StudentFilmmakers Magazine: What are some common mistakes new filmmakers should avoid in relation to camera operation and camera movement?

Gustavo Mercado: A common issue I see in movies by beginner filmmakers is using unmotivated camera movement, meaning they move the camera without having a narrative purpose, seemingly just for aesthetic reasons. Moving the camera should always mean something; it should reveal or conceal information, or it should comment on the scene in which it is used. It doesn’t matter if the move is complex, like a dolly zoom, or simple, like a tilt; if it does not have a function, not only does it confuse the audience but also robs you of the ability to make it mean something if you want to use it again later to add tension, or drama, or to support a theme of your story. Let’s say you have a dialogue scene between two characters. Should you shoot it as a shot/reverse shot, or should you pan back and forth between them? Or, should you do both, saving the pan move for the key moment when a character makes an important revelation that you want to visually underline by panning the camera? If you had shot the entire scene with camera movement, this moment would not stand out anymore. By saving the pan for the beat of the scene, it actually fulfills all 3 functions: it is revealing one character’s reaction, concealing the character who made the revelation and commenting on their relationship by linking them visually instead of separating them with an edit. For me, this example illustrates the golden rule of camera movement; it should not move unless it is narratively justified, period. 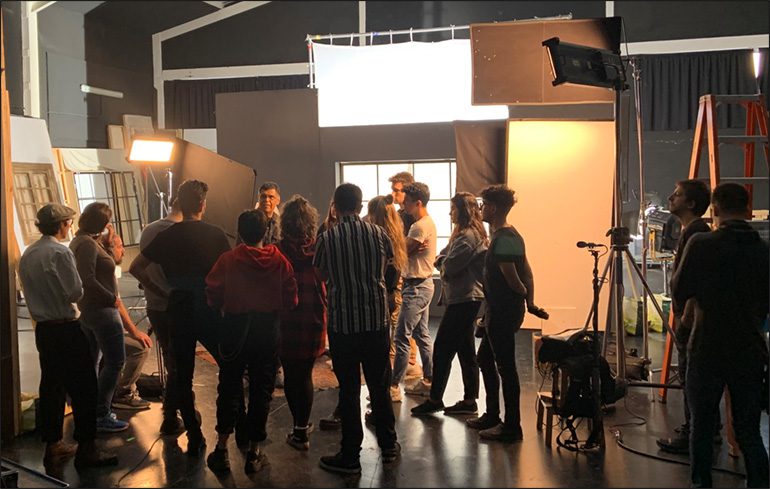 StudentFilmmakers Magazine: If you could share your Top 3 Camerawork Tips for students and aspiring filmmakers, what would they be?

Gustavo Mercado: First, train yourself exhaustively on the operation of the camera, not only on the basics but also in terms of setting up all the peripherals/attachments that will be used during production. Basically build your rig exactly as it will be used so you can work out ahead of time where everything needs to go (external monitor placement, cable management, weight distribution, etc.) at this time and not while the entire production crew is waiting on set. You should also try and replicate the conditions under which you will have to operate. It does little good to build the perfect handheld rig you tested for 2 minutes while in an air-conditioned room if you will have to use it for a long take in humid conditions on location. Overprepare, always!

Learn everything there is to learn about your camera. Of course, devour the user guide, but beyond this, I always conduct extra research by looking up articles from people who used the same camera, and even forum postings in cinematography blogs. The user guide can only give you basic operation guidelines and not field-tested information. I want to know about the idiosyncrasies of how my camera behaves when used in unconventional situations, with a variety of equipment/lenses, in extreme cold/heat/humidity etc., before the first day of production. I normally do this as part of my workflow/lighting and lens tests.

I always make sure my camera crew carries extras of all my camera connectors, and even spare parts to conduct field surgery if necessary. Remember the $3 rubber shock absorbers I mentioned in my anecdote? And how do I know which parts are more likely to be needed? Because of the research, I conducted before production from people’s experiences using the camera out in the real world. If I can save myself and my production crew time, money, and aggravation by making sure we are carrying a little bag with some extra adaptors and connectors, why not do it? Even if they end up not being needed, the peace of mind you get by overpreparing frees you to be more creative on set to concentrate on what really matters: sharing your vision with the world.

Gustavo Mercado is an award-winning independent filmmaker with well over a decade of experience as a writer, director, and cinematographer of narrative films. He is also the author of The Filmmaker’s Eye book series; “The Filmmaker’s Eye: Learning and Breaking the Rules of Cinematic Composition”, and “The Language of the Lens: The Power of Lenses and the Expressive Cinematic Image”, which have been translated into 9 languages and are used by film programs at colleges and universities worldwide. He teaches cinematography, editing, screenwriting, and film production at Hunter College’s Film & Media Studies Department in New York City.

Above photos are courtesy of Yuki Takeshima.
Workshop photos from Directing Master Class conducted by Gustavo Mercado at EFTI in Madrid, 2019.

The Filmmaker’s Eye – The Language of the Lens 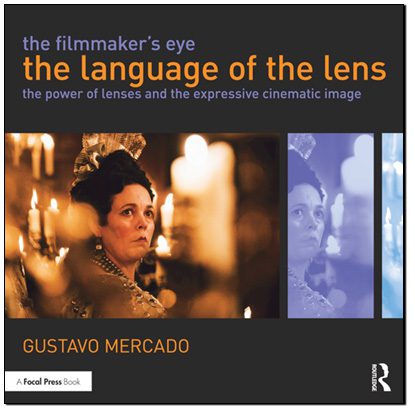 The Power of Lenses and the Expressive Cinematic Image

“The Language of the Lens is a truly illuminating book, inspiring for emerging filmmakers as well as veteran directors and cinematographers. Mr. Mercado elevates our understanding of the expressive power of artistic lensing and the incredible force of creative filmmaking.”

The Language of the Lens explores the expressive power of the camera lens and the storytelling contributions that this critical tool can make to a film project. This book offers a unique approach to learning how lenses can produce aesthetically and narratively compelling images in movies, through a close examination of the various ways lens techniques control the look of space, movement, focus, flares, distortion, and the “optical personality” of your story’s visual landscape.

Loaded with vivid examples from commercial, independent, and world cinema, The Language of the Lens presents dozens of insightful case studies examining their conceptual, narrative, and technical approaches to reveal how master filmmakers have harnessed the power of lenses to express the entire range of emotions, themes, tone, atmosphere, subtexts, moods, and abstract concepts.

The Language of the Lens provides filmmakers, at any level or experience, with a wealth of knowledge to unleash the full expressive power of any lens at their disposal, whether they are shooting with state-of-the-art cinema lenses or a smartphone, and everything in between.

Order your copy of the book, The Filmmaker’s Eye – The Language of the Lens: The Power of Lenses and the Expressive Cinematic Image, at the StudentFilmmakers Online Store today.