Calling for the roll aka “Turn ‘Em Over” by Fred Ginsburg, CAS, Ph.D.

Calling for the roll: FILM SHOOT.

See further down in article for instructions if shooting on video/electronic cinema. Before the shooting sequence begins, the sound mixer has recorded a HEADER ID at the beginning of the sound roll, HD, or media card.

Include this HEADER ID file once on every sound roll, hard drive, or digital media that you turn in for dailies.

“Put us on a light and bell. Quiet on the set.”

Light and Bell System is remote controlled at the soundcart, and activates the RED warning lights outside the stage, sounds one long blast of a buzzer or bell, and sometimes also controls the ventilation/air conditioning system.

The Assistant Cameraperson (aka Clapper/Loader) holds the slate in front of the face of the actor, so that camera does not need to reset focus/framing.

Always begin with the sticks in the OPEN position!

Sound mixer needs to make sure that a nearby mic, such as the boom or the actor’s lav, is ready to record the clack of the sticks closing.

Sound Mixer announces the scene and take number into the slate mic at the mixing panel.

After a moment, the SOUND MIXER shouts:

Exception: If this is the first take at a fresh location or major set change, then the sound mixer should attempt to record 30 seconds of ROOM TONE at this time.

CAMERA OPERATOR:
immediately verifies that film is rolling, and then shouts out:

Note that the camera operator does not waste valuable film footage by shouting something like, “Everything looks good. I don’t see any warning lights or hear any strange sounds coming from the magazine. So, yeah, I guess Camera is rolling”, while then awaiting yet another long pause for the Assistant Director to call for the clapstick.

As soon as the Camera Operator alerts us that all is well with the camera by calling out to “Mark it”,
the person holding the slate responds by announcing “Marker” and then gently clacks the sticks.

Continue to hold the closed slate in place for a full moment, so there is no blurr. Then remove the slate from the scene.

As soon as the clapstick slate has been removed from the shot…  the Sound Mixer must double-check that all “slating” mics are closed, and that the appropriate DIALOGUE mics are open.

…while the DIRECTOR calls out for:

Calling for the roll: VIDEO SHOOT

Similar to a film shoot, but note the following differences when shooting film style in video.

Instead of the ASST DIRECTOR calling to: “Roll Sound”

The initial command would be to:

The video CAMERA OPERATOR would verify that the video is recording by shouting out:

The ASST DIRECTOR would then call out to the sound mixer:

The sound mixer would verbally announce the scene & take into the slate mic.

After the pause for room tone, the SOUND MIXER would shout:

Just as on a film shoot, the CAMERA OPERATOR would call out for stix,

The person holding the slate would echo back, “Marker!” and then close the clapsticks.

And the DIRECTOR calls for

ASSISTANT DIRECTOR:
“Put us on a light and a bell.”
“Roll sound.”

ASSISTANT DIRECTOR:
“Quiet on the set. Put us on a light and a bell.”
“Roll video.” 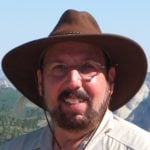 While visiting our network members’ profile webpages in the Filmmakers Global Network online, we discover that one of Al Carretta’s