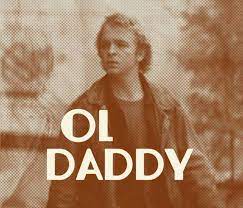 Brian Schwarz talks about his thesis film Ol’Daddy which won Best Narrative at this year’s Student Academy Awards. He discusses casting the film, what interested in him in the story and what he feels sets the film apart.

Can you tell me a little bit about the film?

Brian Schwarz: “Ol’Daddy” is my thesis film that I made in grad school at The University of Texas at Austin. It’s a father/son story in which the son is learning how to balance his new role as his father’s full-time caretaker with being a restless 25 year old boy. It’s a drama at its core but there are plenty of laughs along the way. I finished it in May of 2012 and submitted it to the Student Academy Awards competition in February of this year.

What interested you in making a film with such a strong father/son theme?

Brian Schwarz: I am definitely interested in the parent-child relationship, particularly when their roles, or the lines that previously distinguished them, begin to blur. In this case it wasn’t so much a father/son story as it was a story about their parent-child roles being reversed and both of them coming to terms with those changes. Terry, the main character and son, is forced to become the adult to his father who is very much child-like after sustaining brain damage in an accident. I am not personally acquainted with caring for a parent in that regard but there were times when I had to set aside being a kid and take on some family responsibilities perhaps sooner than I wanted.

How did you cast the film? What did you look for in your actors?

Brian Schwarz: Instead of doing the traditional open casting call and seeing as many actors as possible, I tried to target actors I thought would be a good fit. I went to school plays here at UT and saw Jon Cook, my eventual lead. I looked at a local talent agency’s website and saw Bob Tolaro, the father, and just emailed him. I then met all the UT graduate student actors at a party and was able to cast a couple of them. In fact, only for the lead role of Terry did I audition more than one actor, even though I was nearly certain I wanted Jon. Everyone else I cast after one meeting without seeing other actors. My basic approach was to look for two things: 1) Do they look the part? 2) Do they possess the acting skills, the tools, with which to bring to set? If they met those two requirements I knew we had a good shot at making it work.

What do you think sets the film apart?

Brian Schwarz: I like to think it’s a rather unique and unpredictable story that has good energy to it and moves at a quick pace. Though it is 29 minutes long, most people tend to think its 20 minutes or less even, a comment that I very much take as a compliment. I tried to grab the audience’s attention early on by keeping the pressure on the main character throughout the film right till the last minute. It has a pretty good range of emotions, too. Some people have told me it’s hilarious while others say it made them cry. Ultimately, I think it takes the audience on a pretty fun ride with emotional ups and downs.

What are your future filmmaking plans?

Brian Schwarz: I am currently writing a feature script that I would love to shoot in the next year or so. But beyond that, I’d be very happy if I could support myself as a writer/director with the freedom to tell the kind of stories that I like to see in the theaters and to continue to evolve as a filmmaker.