BE COOL. How to keep your cool when the world seems to be coming to an end. 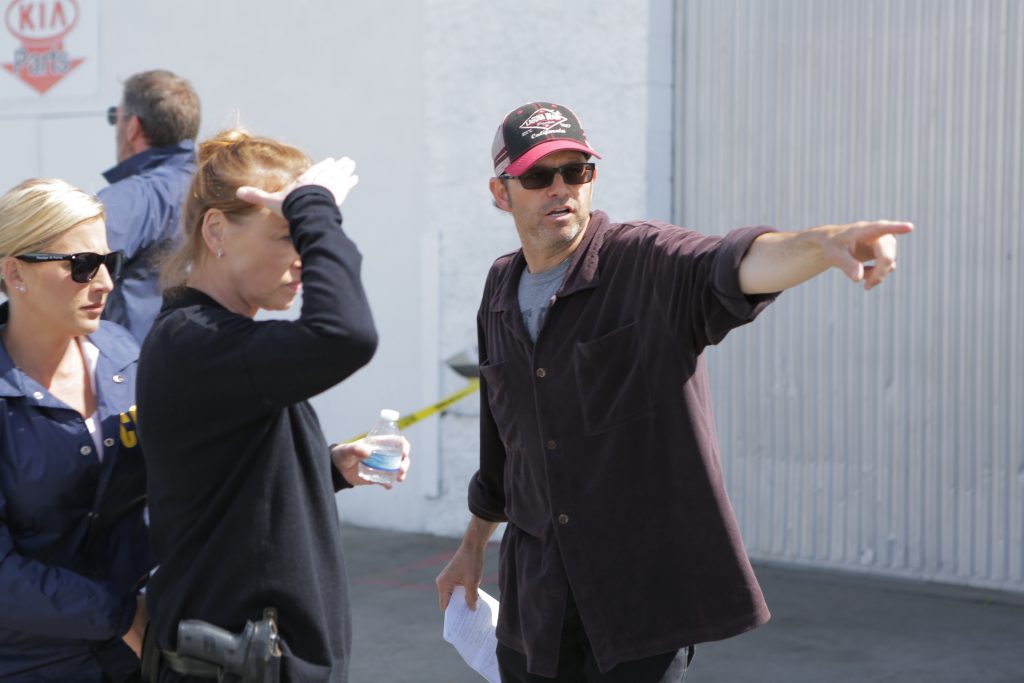 It seems more often than not, the pressure put on us filmmakers is self-imposed. Stress, bad attitude and anxiety seem to run rampant during production, and I believe it’s often because of the tone the director sets when he’s heading into battle – and more so when the bullets start flying and the bombs start dropping. Our business is very tolerant when it comes to how we talk or behave on set, (yes, even post #metoo) but think more often than not, the morale on a set ultimately resonates to what we see on the screen. We live in an imperfect world and work in an arena where problems and surprises (not always good ones) happen all the time. But it’s how we roll with those left hook punches that can be key to our success – or failure – especially when starting out in your career.

On our most recent film, “Break Even,” we ambitiously set out to do something that many thought was impossible when it came to script versus schedule and because of the tight budget, it was crucial that every day we stayed on track. There was no room for makeup days, reshoots or a shift in the schedule with so many locations to film and a cast that had commitments all over the globe as soon as we wrapped. Bottom line, the pressure to make our days and hit the mark with extreme precision was everything – especially when we had three company moves on average per day.

Did something go wrong? Ha – at least three times a day! We got caught in some freaky weather that prohibited us from going to the locations we had originally permitted and scouted. Our “hero” car caught fire in the middle of the Mojave Desert. Our support vessel broke down halfway back from the islands and wasn’t able to join us for the next 10 days of filming where it was needed for both on camera and to house extra crew the hotels couldn’t accommodate. Cast and crew got stricken with massive food poisoning on our biggest day where we had seven cameras and a presidium stunt crew consisting of talent from “The Italian Job” and “The Fast and the Furious” and started our day four hours late as we waited for the walking wounded to stop throwing up. During our shoot we had cameras break down, actors who lost parents during filming and had to go be with their families. I can go on and on but during the six weeks of production, I don’t think there was a day we weren’t faced with a major blow. Oh, and speaking of blow… One set blew away during filming when a 50-knot gust came in and sent it flying. Thankfully, it didn’t take out anyone – or anything we couldn’t live without.

One day amidst another round of unscheduled chaos involving yet another damaged boat, this time that was left with a split hull and was a total loss, I finally felt my blood start to boil. I was coming to terms with the fact maybe I got us in way over our heads and questioned if this was all a grave mistake. I pondered just getting into my car and driving off into the great unknown as the crew and some onlookers inspected the damaged boat. Instead of blowing my top, although I know I did turn a dark shade of purple, I took a minute and walked out to the end of a nearby dock and just sat down as the dust was attempting to settle.

Was I mad? You bet your ass. Was I  concerned? Absolutely. But I knew at that moment (and during all of these moments) losing my cool, getting upset or throwing a tantrum wouldn’t put a fire out, it wouldn’t bring families loved ones back from the dead and it certainly wouldn’t have mended the hull of a now totaled fishing boat. It only would’ve divided the crew and severely added to the list of misfortunes that were steadily amounting.

I had to rely on my instinct and most of all my confidence as a storyteller. “You CAN do this,” I reminded myself. No matter what, I could make it work. We’re filmmakers and artists, and we have to adapt and think on the fly. So, I made a decision to keep my attitude sweet and make light as often as possible of all that was happening and did my best to keep a smile on my face. I was like Paul Giamatti in “Sideways” while smiling through all the pain. But the positivity was contagious. What happened in turn was we had a group of people who, against all odds and while facing tremendous adversity, bonded together worked much harder to keep the boat afloat and the train rolling when it should have come off the tracks. They picked me up when I was down and without even trying. I think we’ll have a much better film because of it, and we all have tremendous stories to tell. Are there things I wish we could have done differently or that wouldn’t have happened? Of course. But that’s filmmaking and that’s life.

Remember filmmakers, what we do is a gift. We’re not entitled or special – we’re just damn fortunate folks. When the sh*t hits the fan, don’t take it out on your team and don’t throw a fit. It doesn’t solve the problem. Take a breath, put one foot in front of the other and go find a dock to sit on and cool your jets. “It’s only a movie,” as Martin Sheen told me during some forgotten mishap on set 25 years ago referring to what his lovely wife Janet said after his heart attack on “Apocalypse Now” as they were wheeling him in for surgery. Unless someone’s life is in danger, keep your tone in check, be respectful and always appreciate those who are there supporting your mission. Trust me, the pressure to succeed is just as much on them as it is on you.