Animated Audio What Comes First: the Animation or the Audio? by Bryant Falk 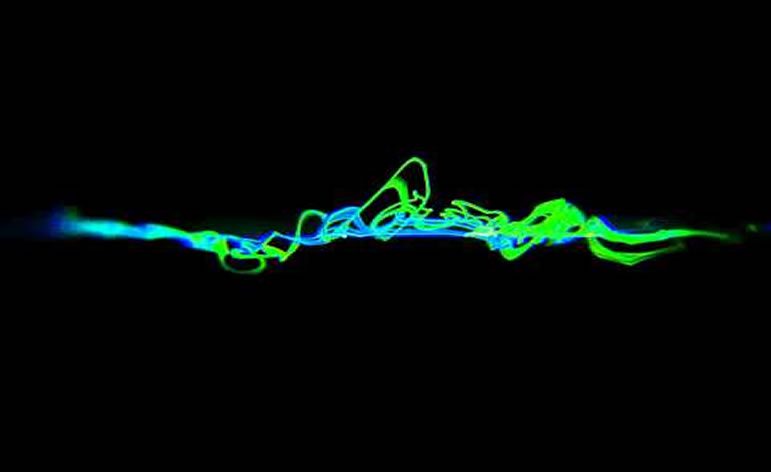 So you’re making your first animated short or feature – or both! Biggest question of all: What comes first: the animation or the audio?

Ready for the answer? Here it comes… It depends.

Additionally, there is an even better answer. If you have dialogue, this should be recorded first.

I tell everyone who is animating to think of the project as a radio play. Record the entire piece down in this format and then animate from there. This has two distinct advantages.

1) It let’s the actors improvise and really get into character.

2) It creates a road map for your animation.

Now comes the ‘depends’ section. If a lot of the animation has no dialogue, then get animating! See what you get recorded, and then, sound-design your final footage. Ahh, now a pattern is emerging.

If you stop and conceptualize for a moment, you’ll notice this process is very similar to when you shoot a live action project — the difference being your performers will not be on camera!

Question: Should the actors all be recorded at the same time or separate?

When it comes to animation, character development is crucial. Getting this in-depth with your characters is usually more effectively achieved when all the performers are involved and feeding off each other. It also allows for some great improvisational moments to occur.

The ideal recording situation is having each of the performers isolated acoustically while still being able to see each other, for example: a studio with multiple sound booths, all with glass windows for visibility. Since this scenario is very expensive, the next best thing is to group people around a few microphones recording each mic to a separate track.

When you have multiple microphones in a room, you run into phase relationship issues. Audio intended for one mic, for example, is sneaking into other microphones but a little later in time. This phasing problem can cause voices to sound small and unnatural. By having all the mic tracks separate, you can slide them a little later or earlier in your digital editing software to help correct for this phase issue. There is a proper way to place mics in a room to help initially minimize this problem, but many factors have to be considered. I find the slip and slide technique quick and effective when done tastefully.

Last but not least, try and have your talent not step on each other’s lines when recording. This will allow for much easier editing. I warn you now this can sometimes square up your talents’ performances, making it boxy, boring, and disconnected. If this is occurring, forget the last direction, and let your actors run wild. Just make notes of places where dialogue overlapped. Then, simply go back and have those few moments re-recorded separately in case you need to split open the moment.

Since most animation does not duplicate the intricacies of human facial expression, getting the animation into your audio is crucial!

Bryant Falk has been a producer and engineer for over 12 years working with such clients as The Ricki Lake Show, Coca-Cola, Sports Illustrated, Valley National Bank, and MTV’s The Shop. His company Abacus Audio (www.abacusaudio.com) handles many aspects of the audio production field from creative and production to mixing and final output.