While visiting our network members’ profile webpages in the Filmmakers Global Network online, we discover that one of Al Carretta’s newest projects was filmed during the Covid-19 pandemic in the UK. With all the talks and questions on how or what to film during these Covid times, we wanted to ask Al these four questions.

StudentFilmmakers Magazine: What inspired the story for your indie feature film, “Set Roaring War”, and can you describe your writing process for the script?

Al Carretta: “Set Roaring War” has an interesting back story. On Monday 8th June 2020, it simply didn’t exist, however, this was the day our theatre location confirmed we could use the space. At this point I’d prepped three other possible script options to shoot in the theatre, but as I’d responded late in the day and emails weren’t being checked frequently by the theatre, our filming dates wouldn’t be confirmed until the 11th, and this forced me to think. Once logistics were scrutinised, the previously planned productions proved impractical – they literally involved too much contact or set design. My only choice to take advantage of the time frame was to write something from scratch and shoot the venue as-is. Starting on the Monday evening, with the working title of “A Traitor in the Mist” and thoughts of 1990s psychological horror, “Single White Female”, present in my mind, I developed the premise of an eccentric director holding a workshop for actors and going to greater extremes to get his message across as the performers respond with ever more infuriating responses. The core premise came from one of my first ever unproduced ideas for a stage play; an unstable ‘in character’ actor at a Hamlet audition murders the panel interviewing him and calmly walks away. As a seed this thread helped things evolve as I looked for a parallel plotline that could involve video calling but not Zoom or Skype. The revenge premise formed more palatable structure, and I asked the question, what if this isn’t the director’s frustration? Once I locked onto that idea, I thought more generally about the UK lockdown and how it would be affecting the mental health of people. This moved me onto the idea of obsession, control and that odd circumstance whereby someone enters your life who you just can’t get rid of. By the Thursday morning, I had a 53-page / 10,000-word, dialogue-heavy script that we could put casting out for and shoot with.

StudentFilmmakers Magazine: On writing, casting, rehearsing, and filming “Set Roaring War” during the Covid-19 pandemic in the UK, what were some of the main “challenges and solutions” you experienced and created solutions?

Al Carretta: Because the script was locked into a massive given circumstance, it could write itself, and I could add additional scenes specifically for actors who I thought might work in certain roles. Initially, our biggest issue was casting. In March, we were ready to roll on an entirely different project, so I put feelers out to the performers who had originally been cast in that film. Not everyone was interested, so I then submitted a notice to the casting site we normally use on the Friday, but they didn’t put our advert out until Monday 15th. With our start date being Sunday 21st, this pressured everything as at the same time people started to return to work from lockdown, and this included my regular assistant director.

Taking me out of the cast of one of my productions is normally unheard of, but with no assistant and short notice, I needed someone to be me. Even after I cast myself out of the production, I was still in contention to step in on one of the female roles until things finally slotted into place and we were fully cast by June 17th. This was a matter of days before the first scenes were to be filmed.

The film had no rehearsal period other than quick line runs and blocking considerations before we started to roll camera. I used the first day of shooting as my camera/space tests to see how everyone would spread out in the theatre and get a feel for shots. Everyone had ample space, and we didn’t work under any kind of pressure. Our shoot days were only geared around 11am to 7pm considerations and for most of the week there were under 5 of us in the building with two of the shoot days where it was just me and the performer.

On screen, the theatre looks much smaller than it actually is. Social distancing could easily be adhered to and only on one day did we max out at 8 people: 2 crew, 6 cast. With the exception of two days out of seven, when I had an assistant to hit record on audio and help place mics I shot this on a crew of one: me. Not many people would have the nerve to even attempt that, but a 2- or 3-camera combination on fixed angles and a roaming, shooting to edit and clever mic placement kept things ticking.

The key to the successful shooting of this film was creating solutions to the problems we knew would arise before they happened. For example, the lighting is deliberately part of the set to serve the plotline and remove a normally active crew member, so its continuity is pre-existing. The TV also exists in the corner of the stage as part of the set because we needed to monitor some shots, and I could run metres of cable to it. The director character speaks directly through a microphone, so he could be filmed live via fixed cameras and I could sit in, follow the script and feed the responses. Slightly myth shattering but in edit, the main auditorium scene is a 6-angle set-up with insert pick-ups to keep the edit moving. Shot over two days without actor continuity to flow the responses, it took serious imagination to lace this section together.

StudentFilmmakers Magazine: If you could share your Top 3 Low-Budget Filmmaking tips with students and aspiring filmmakers around the world, what would they be? By the way, when you say “low-budget”, what is the approximate budget range?

Al Carretta: Firstly, have ‘eyes like cameras’ and see the shots you can practically achieve in your film with the resources available. Don’t expect to shoot “Inception” in your bedroom but always be ready to film. Stock footage you capture randomly might be the scene bridge that helps glue your film together.

Secondly, be prepared to shoot and run with an idea for the sole purpose of generating momentum. The concept can be stupid, but if you have the means to execute your vision don’t talk about it, just do it and get it out there.

Thirdly, believe in the project and pro-actively support it.

I flipped “Set Roaring War” for less than £2k ($2600-ish) total spend. Overall, I’ve delivered my entire output since 2010 on around £60k. This isn’t low-budget, this is the crew’s biscuit fund, and there aren’t many directors who can execute on such nominal resources.

StudentFilmmakers Magazine: What advice would you give to filmmakers and storytellers in regards to making films and telling their stories during the Covid-19 situation?

Al Carretta: Plan something a little out of your comfort zone, dare to be different and keep on the pulse for future trends. We are going to see a complete reframing of the arts industry post-Covid, but don’t let that deter you from translating your passion to the screen or page; just develop your own unique workflow and prepare your production from all angles. 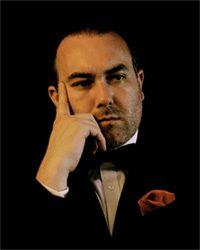 Al Carretta made his first feature film, the mafia crime drama, “What You See Is What You Get”, in 2010, for less than $1000. In the past decade he’s written, produced and directed 16 indie features to hone his craft and get to grips with the new era of digital distribution. Never afraid to experiment with genre and a maestro of cost cutting he’s delivered a studio’s worth of output on a total spend of less than $63,000. In 2014, he launched the Nightpiece Film Festival in the Edinburgh Festival Fringe to promote fellow filmmakers from across the World.

With a last minute shooting fill-in position and a limited schedule, Michael Goi, ASC recalls a seamless production with on-set

A Conversation with John Simmons, ASC

Shed Some Light Exclusive Interview with John Simmons, ASC StudentFilmmakers Magazine: You were nominated for Outstanding Cinematography for a Multi-Camera

StudentFilmmakers.com catches up with S.J. Hermann, a member of the Filmmakers Global Network Online, to ask about his new project

With a last minute shooting fill-in position and a limited schedule, Michael Goi, ASC recalls a seamless production with on-set

A Conversation with John Simmons, ASC

Shed Some Light Exclusive Interview with John Simmons, ASC StudentFilmmakers Magazine: You were nominated for Outstanding Cinematography for a Multi-Camera