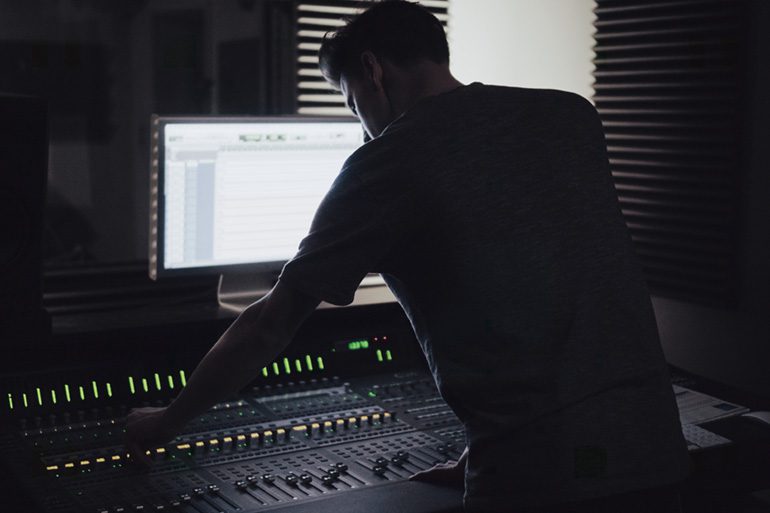 “In the concert music world, composers are taught to ‘find their own voice’. For me, film composition means to find the voice of the film. There are countless examples of composers sounding drastically different on different films: Bernard Herrmann on ‘Psycho’ versus ‘Taxi Driver’; John Williams on ‘Raiders of the Lost Ark’ versus ‘Catch Me If You Can’ versus ‘Accidental Tourist’, for example… Explore what style or genre of score matches and enhances the film or as I say is organic to the film.”
~Hummie Mann

Read more in our “Community Spotlight with Hummie Mann.” The composer, orchestrator, arranger, and conductor talks about his body of work and projects. He also shares his creative process composing for feature films, television, and working with independent filmmakers. You can also read 3 Film Composing Tips from Hummie, and more…

“I have seen many indie films that look promising, and are for sure great ideas, but that don’t quite get there because of the poor sound design if any, or because of the use of generic music. I have listened to all kinds of music libraries that are out there, and yes, many of them sound great. It becomes a problem many times during the editing. Because the music was not specifically written for the scene, it does not always help the storytelling. I have also seen films in which they make the use of generic tracks but that have to be badly chopped because they were longer than the cue. These are things that can ruin any good film. There are many composers and student composers out there that are more than willing to gain experience. Why not make use of them.”
~Oscar Jasso

Read Oscar Jasso’s article, “Overcome the Challenges of Working with Temp Scores: To Temp or Not to Temp.” He writes, “Temp scores (as in temporary music) have been used more and more in recent decades, thanks to the amazing evolution of technology that allows music and film editors to borrow music from sources, such as songs or other films, and insert it into their edit reels. Often, it works very well. This helps the editor and director get a view of their scenes with music, giving them an idea of how it would all work together. Unfortunately, this does not always provide us with a good, original product. In fact, some music editors have referred to temp music as chains to the composer’s creativity. But most modern film composers have learned to work with temp music, sometimes even seeing it as something positive. Personally, I do not have a preference.”

“Develop a strong channel of communication with the film’s director. Ultimately, it’s the director’s film and a composer must fully understand what the director wants to get across with each cue. The initial spotting session is critical, and you need to record via notebook or audio every thought the director shares.”
~Stephen B. Ward

Read more in “Music in Film: What is Important?“ In addition to over 30 years as an educator in Music Technology, Stephen B. Ward is a composer and an active performer, playing keyboards and singing with several musical artists, including Uncle Izzy, The Beeps, Mimi Maura and Tundra Ghosts. Film scoring credits include Murder Too Sweet (1994), Eternal Memory: Voices from the Great Terror (1997), original score for Dreams of a Rarebit Fiend (1906, score 2000), Frontline: Juvenile Justice (2001), and Some Jobs Are Simple (2009). He is currently Associate Professor and Program Director of Music Production & Recording Arts at Mercy College.

“Music composition is the most abstract aspect of music. Education and performance have concrete steps and procedures in place to help one obtain a specific goal. Composition, on the other hand, evolves from nothing. The composer has to be able to conceive an idea, and be able to change and foster that idea into a coherent work. It’s rather like being a parent, and just like kids, the creative process can drive you absolutely insane!! However, there is no better feeling than to finish a project and say, ‘Yeah, that’s right, I wrote that!’ It makes all the aggravation and pain worth it.”
~Jonathon Cox

“Don’t be afraid to think outside the box creatively. Add instrumentation that is unique and will give the score an identity.”
~Daniel Le Blanc

Read more in “Composing for Film/TV: Exclusive Interview with Daniel Le Blanc.” Musician and award-winning music producer, composer and arranger, Daniel LeBlanc has based his career and life on the belief that success involves passion, drive, hard work, situational awareness and a willingness to embrace change while employing a ‘never quit’ attitude.