In this new age of digital, everyone makes movies. Using cellphones or tablets, people can shoot and edit their movies almost anywhere. One of the most important facets of making any movie, whether it be a TV spot, short film, documentary, comedy, drama, horror, or whatever format, is using the camera to tell the story.

People get overly excited about shooting and neglect the power of the camera as a storytelling device. A lot of first time shooters wind up doing a master shot and calling it a day. Or they get over the shoulders to get coverage, but that still doesn’t use the camera to its greatest potential. Here are 4 ways you can use your camera now for better story telling.

#1. Changing the Perspective of Angles

Something as simple as changing the perspective of angles, can greatly affect how the viewers interpret the meaning of a scene. In a basic scene where a line of dialogue can change the relationship between the characters, shifting angles to match the line will accentuate the intent of the movie. If a character says, “I know you cheated on me,” the camera should do something to notate the change in dynamics, like looking up at the woman who said it, and look down upon the man. This very basic change can signify to the audience that we look in judgment of the man.

Juxtaposing characters with negative space can add tension or infer how the characters feel. Breaking the spatial relations intentionally can build tension, and framing something like a door in the shot can let the audience know subconsciously that the character wants to leave.

Shallow depth of ﬁeld also contributes. By controlling what the viewers are focused on means the cinematography also relates to timing if you rack-focus from one part of the frame to another. Or simply having everything you want the viewer to be paying attention to be the only thing in focus.

Adding camera movement can further create mood or even make certain that the audience is feeling absolution. If we dolly in on the man after the signiﬁcant line, you leave no doubt as to his guilt. All without using obvious and contrite dialogue.

Dolly shots, pans, and tilts, and all movement should be motivated. Why is the camera moving? What does it tell the audience? Is “it looks cool” really helping tell your story? Have a reason, a very good reason to move the camera. Is it making the audience feel amped up? Going handheld usually means people are unnerved, or panicked. Moving camera means the story is ‘going’ somewhere. Think of the camera like a person in the scene, almost like a ghost observing and on the verge of participating in what’s going on. Would they move or not? If their motivation is, “I’m going to look cool”, then the audience will not respond well to that.

Visual storytelling makes for the best cinema. Directing is not just yelling “action” and “cut;” it relies on knowing how to tell the story with the camera, as well as working on performance with actors. Combining these elements are what the best ﬁlmmaking entails. Everyone loves cool shots, but having them relate to the script and the story is what effective storytelling is all about.

is a filmmaker from Columbus, Ohio, who has been nominated for 4 regional Emmy awards, and has won numerous filmmaking awards for his film work. Currently, Ross is making a documentary series. sonnyboo.com 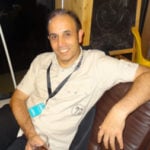 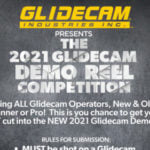