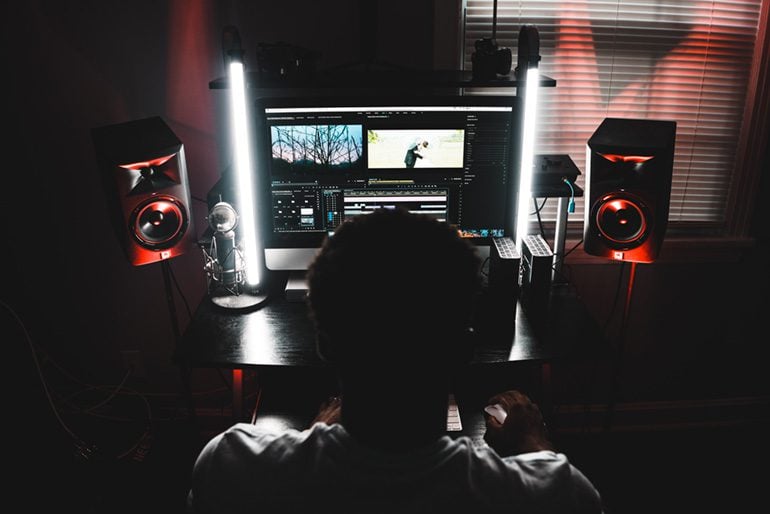 Tips for film editors, video editors and for those of you who are working, studying or teaching Film/TV Post-Production.
Pictured above: In the Edit. Photo by Andre Hunter. Follow @dre0316.

“Volunteer to cut everything you can get your hands on. Friends’ student films, music videos, YouTube videos. You guys have such an advantage having the tools at your disposal.”
~Nancy Morrison, ACE

“Discover who the scene is about, who has the power, who are you going to want to spend the majority of the time with and how this character affects others in the scene. Pick the best performances and build the scene based on what moves you.”
~Wendy Hallam Martin, ACE, CCE

“Never say never. When a director or producer says, ‘but can’t we just,…’ and you are thinking to yourself, ‘no, that will never work.’ Don’t ever say it! Because there is almost always a way to make it work! Keep an open mind, and don’t get married to your cut. There are infinite ways to make something work.”
~Janet Weinberg, ACE

“Trust your gut. When you’re first-cutting a scene from dailies you have to trust your instincts. You understand the script, the intention of the scene and what the director wants to get out of it. When you are looking at the scene with your director or producer and you are asked to explain your choices you need to own your editorial choices.”
~Sidney Wolinsky ACE

“Don’t ever not try something because ‘you’ don’t think it’ll work or make sense. Try everything. Try the craziest ideas. So many times, it’ll work, or it may take you on a path to a new idea.”
~Deborah Moran, ACE

“One thing I love to do when editing is lay down a piece of music I associate with the scene and use that to get a feeling for the pacing.”
~Evan Stulberger

“Watch lots of content because it will teach you a lot… And directors will often make references to other projects to illustrate what he or she is looking to accomplish.”
~Heidi Scharfe, ACE

“You need a lot of ‘reps.’ You need the time in the editor’s chair or with the camera. You need to be telling stories ALL the time. The best way to get better is just to do the work. Figure out something you can shoot or edit. Nobody would consider going out on stage as a dancer or violinist or onto the field in the NFL or NBA without years of practice, the same is true for telling pictures through film. You’ve seen the kinds of movies and TV shows that have inspired your desire to be in the business. But to get to that level just doesn’t happen. You have to practice a LOT. The best way to get good at anything is to fail and learn from your mistakes. You need to have the confidence and patience to make a LOT of mistakes without losing heart in your abilities.”
~Steve Hullfish